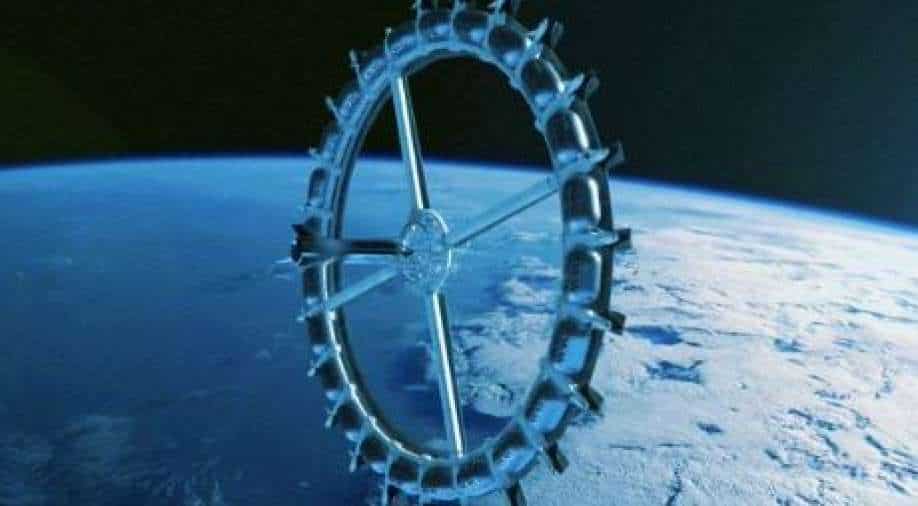 In case of emergency, the Voyager station will be equipped with 44 Emergency Return Vehicles with automated flight controls for autonomous landing.

Space enthusiasts can now enjoy a meal in Earth's low orbit with the world's first hotel set to open in 2027 in zero gravity.

The Voyager station seeks to build the luxury hotel complete with habitation and activity modules and is set to begin construction in 2025.

"The station will be designed from the start to accommodate both national space agencies conducting low gravity research and space tourists who want to experience life on a large space station with the comfort of low gravity and the feel of a nice hotel," Orbital Assembly Corporation said.

The Voyager station hotel will have bars, libraries, gyms and spa with a series of pods attached to the outside of the rotating ring. The cost of stay for guests has still not been revealed.

There will be circulation of people, air and water with video monitors along the walls to allow live views of Earth and space, according to the company.

There will also be luxurious transport for guests from the habitation and activity modules to the Zero G docking hub with easy transport of industrial materials from ship to modules.

In case of emergency, the Voyager station will be equipped with 44 Emergency Return Vehicles (ERVs) with automated flight controls for autonomous landing.