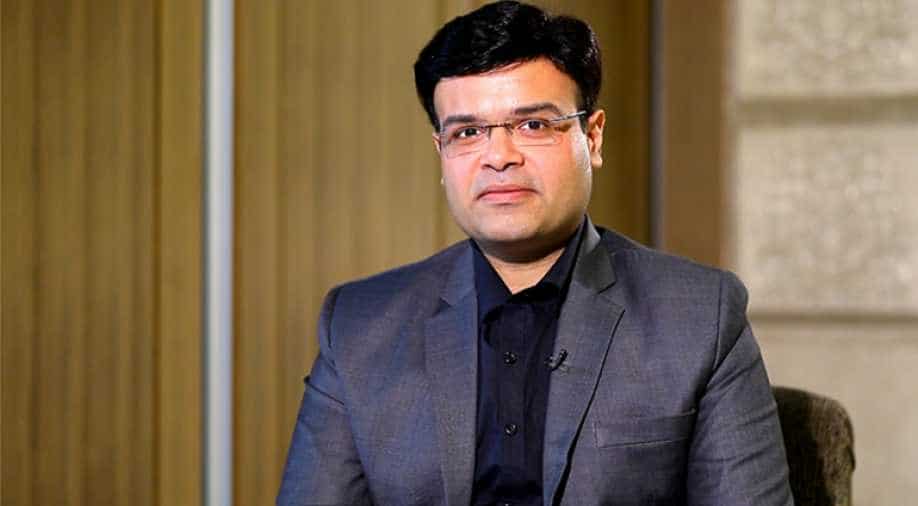 Asus is believed to have aggressive plans to give Indian customers a taste of new smartphone innovation in the months to come. ||The company is targeting to capture 5 per cent of the Indian smartphone market.

Asus may not be among top players in the Indian smartphone market, but that is not holding the company from bringing new innovations to the country. Having brought the Zenfone Live, which is designed to stream live videos better, to India, the company is said to have more plans to give Indian customers a taste of new smartphone innovation in the months to come. Asus India’s Dinesh Sharma, director - mobile product centre, shares with WION the company’s ambitious plans to gain a healthy share of the smartphone market in India.

WION: To begin with your recent phone, who are you actually targeting in India with the Zenfone Live?

Dinesh: We are actually targeting all those millennials and young customers, who are today going live on their social media - whether it’s Facebook, Instagram or YouTube. They want to just move beyond posting pictures to actually sharing their life experiences. And going live is a great medium to do that.

Today, these consumers lack the right kind of optimal software as well as hardware in their smartphones to help them actually go live beautifully. So, what we have done is that we have brought a new smartphone (Zenfone Live) to the market, which is really customised to this kind of consumer. With the Zenfone Live, we are giving them the best technology in terms of both camera and audio. For instance, the Zenfone Live has the dual MEMS microphone that gives excellent voice output when you are going live. And then the software part, which helps you to actually beautify yourself while you are actually doing your live video.

That's something which is unique and for the first time in the world, Asus is bringing to the Indian consumer the live beautification technology.

WION: The market already has a good range of budget phones with great front camera. What chance do you think the Zenfone Live has to stand in the already competitive smartphone market?

Dinesh: Basically when it comes to front cameras, its not only just about the megapixels. What we have done in the Zenfone Live is that we have actually integrated a front camera with a 1.4 micrometre pixel size which is 25 per cent larger than your regular front camera pixels. It is actually 2X light-sensitive, and captures videos as well as photographs much more clearer and brighter - with greater clarity as compared to other front cameras.

The other thing that we have done is that we have also built in a soft LED flash, which, even in low light conditions, would get natural skin tones rather than a lot of white skin tones, which you typically get.

Apart from that, it's just not only about the video, it's also about the audio. When you are doing a livestream, you also need great audio - say, you wouldn’t want the background/ambient noise to be transmitted. And to do that we have got this dual MEMS microphone. Again it is a combination of various hardware technologies which work together along with the software (live beautification), which gives the great live experience.

Dinesh: I think we have grown pretty well in terms of volume. What is actually important for us is to now expand our distribution channel, which we are already working on, and having an availability across the country.

The second important part is that we’ll also be creating more awareness among consumers about our products and technology, which will help us gain a better market share.

We have got amazing products. We have actually got best-in-class quality, best-in-class design. We have got a very strong service centre set up in India. So there’s nothing that holds us back now from reaching out to larger numbers and making them aware of the great technology and cutting-edge products, which Asus brings to the table.

WION: What is the market share in India that you are aiming to achieve in the years to come?

Dinesh: I think the first milestone for any brand in this highly competitive space (which is there in India) is to reach a 5% market share milestone and that's something that we are actually working towards as a first step.

WION: By when can we expect you to achieve that target?

Dinesh: Soon. As soon as possible. Actually, earlier, we used to have a few models. Today we have got 7-8 models which are very well positioned in terms of its competitive advantage. I mean if a consumer goes and evaluates an Asus product in the market in any price segment today, he would find it the best-in-class, offering him benefits which are very holistic, differentiated and cutting-edge as compared to the competition. So it's a question of discoverability, which matters a lot more for us right now. And with this larger range, every price segment in the market can be addressed, which will help us to gain more market share as we move forward.

WION: Smartphone market today has actually reached a saturation point. So what new innovation can we see from Asus next?

Dinesh: I think you’ll see some cutting-edge innovations coming in. Asus is going to be launching its Zenfone AR shortly. It is the world's first phone which combines Tango and Daydream together and takes the whole experience of a smartphone to a completely different level. In other words, it brings in virtual reality and augmented reality in a very different, new realistic way. And there are many more innovations, which are there in the pipeline which would be coming and delighting the consumers the world over.

WION: When can we see the Asus Zenfone AR coming to India?

WION: Does Asus have any plans to come up with modular phones?

Dinesh: Even if we have right now, I cannot talk about it. Because it’s not something we would like to discuss in this particular session. We work with the core concept of design thinking where consumer is at the centre of our focus. And depending upon the changing needs of the consumer and his lifestyle, we are actually evolving products and technology, which would meet the evolving needs. We are trying to be proactive where we anticipate the consumer’s need in advance and give them technologies which would delight them.

WION: What are the company’s future plans for the Indian market - in terms of both new launches and market share?

Dinesh: I think, first of all, we will give you the globally best product range, which is available and suitable for the Indian customer. When we are designing products at Asus Global, we are pretty much taking into account every need of the Indian consumer as well. For example, let's talk about the Max series, which gives the best-in-class battery life along with a host of great other technologies to the consumers. And it’s something which is very relevant to India, where your phone would last in terms of charge for two days or more. And no other competitor gives that with a combination of both the hardware and the software. It’s pretty much optimised for the Indian conditions.

So, the more we are able to meet the needs of consumers for whom we exist, I think, the faster we’ll grow and get acceptance in the market. And that’s what we are working towards.