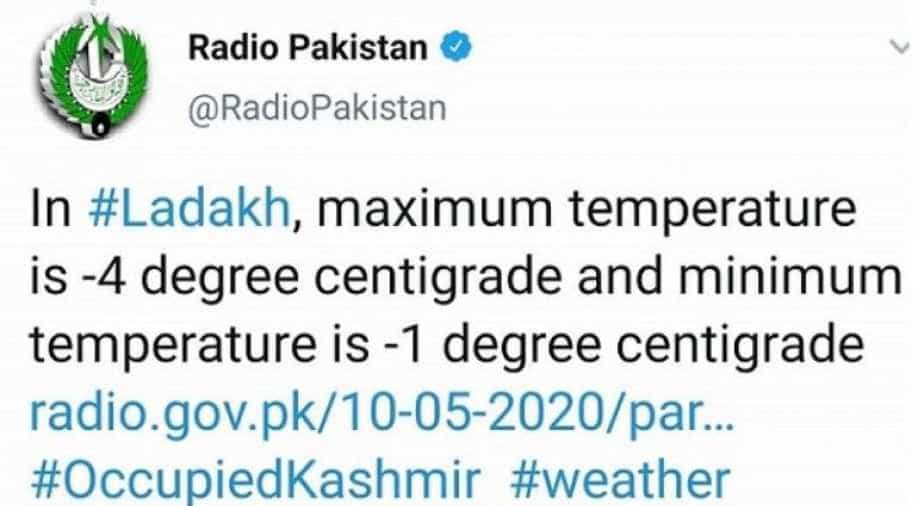 Radio Pakistan, while trying to copy Indian broadcasters, ended up being subjected to trolls over faulty weather reports.

Pakistan's radio broadcaster, Radio Pakistan, put out a tweet on Sunday with maximum and minimum temperatures in Ladakh. However, contrary to its expectation, it was trolled by Twitteratis as the weather forecast was broadcasted with a major error.

This error led to Pakistan being subjected to yet another thread of jokes and memes.

The tweet, that led to trolling, came days after India started the coverage of weather of Pakistan-occupied Kashmir.

India started broadcasting weather reports of PoK towns of Mirpur, Muzaffarabad and Gilgit-Baltistan after Amit Khare, the Secretary of Ministry of Information and Broadcasting, on Friday, issued order to All India Radio and DD News.