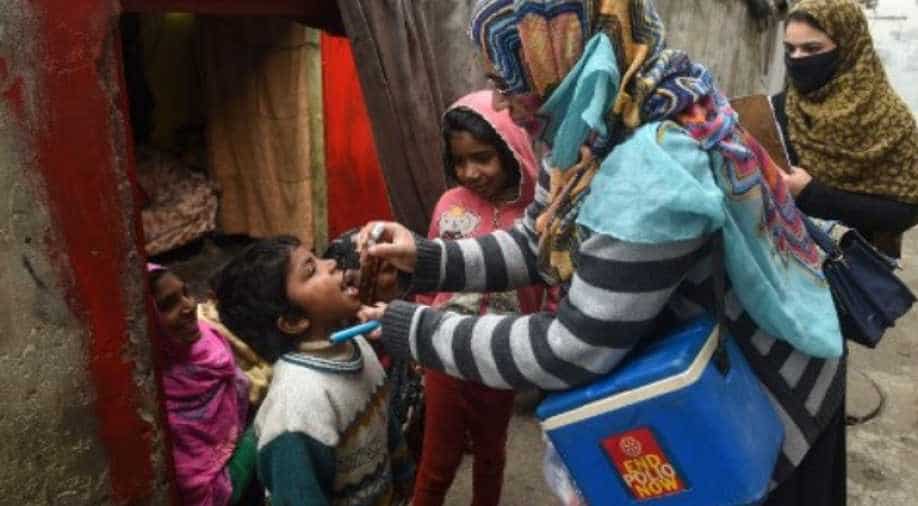 Polio workers have come under attack in some parts of the world including Pakistan where hardline clerics and militants say the polio vaccine is a foreign ploy to sterilize Muslims and campaign workers are Western spies.

Gunmen shot and killed a female polio vaccinator on Thursday, the fourth this week in the latest surge of violence against efforts to rid the world of the crippling childhood disease, an official said.

Polio workers have come under attack in some parts of the world including Pakistan where hardline clerics and militants say the polio vaccine is a foreign ploy to sterilize Muslims and campaign workers are Western spies.

On Monday, some mosques in the northwestern city of Peshawar broadcast false reports that the vaccine had made children sick sparking panic among worried parents who took thousands of children to hospitals and clinics.

In the latest attack on vaccination workers, two gunmen on a motorcycle attacked a team in the Chaman district, on the southwestern border with Afghanistan, said government official Samiullah Agha.

"One of the polio workers, Rashida Bibi, who was around 20, died and another of her colleagues was critically wounded," Agha told Reuters by telephone.

No one has yet claimed responsibility.

Two police officers guarding polio teams were killed in separate incidents in the northwest this week, while another polio worker was stabbed to death in the eastern city of Lahore.

According to the World Health Organization (WHO), polio has been all but wiped out across the world following a sustained vaccination campaign, with only 22 cases reported in 2017 against more than 350,000 in 1988.

Pakistan is one of the only three countries, along with Afghanistan and Nigeria, that suffers from endemic polio, a virus that can cause paralysis or death.

There is no known cure but the disease can be prevented if children are given multiple treatments with the polio vaccine, the WHO says. Polio remains a global threat because as long as a single child remains infected, the virus can spread into polio-free countries and unimmunized populations.

The government mounts public education campaigns and recruits Muslim religious leaders to reassure people that the vaccine only protects their children but suspicion of immunization persists.

Efforts to build trust suffered a setback in 2011 when a Pakistani doctor believed to have been helping the U.S. CIA was accused of using a fake vaccination campaign to collect DNA samples in the hunt for al Qaeda leader Osama bin Laden.

Bin Laden was killed in a raid by US special forces in the Pakistani town of Abbottabad. Authorities arrested and jailed the doctor.