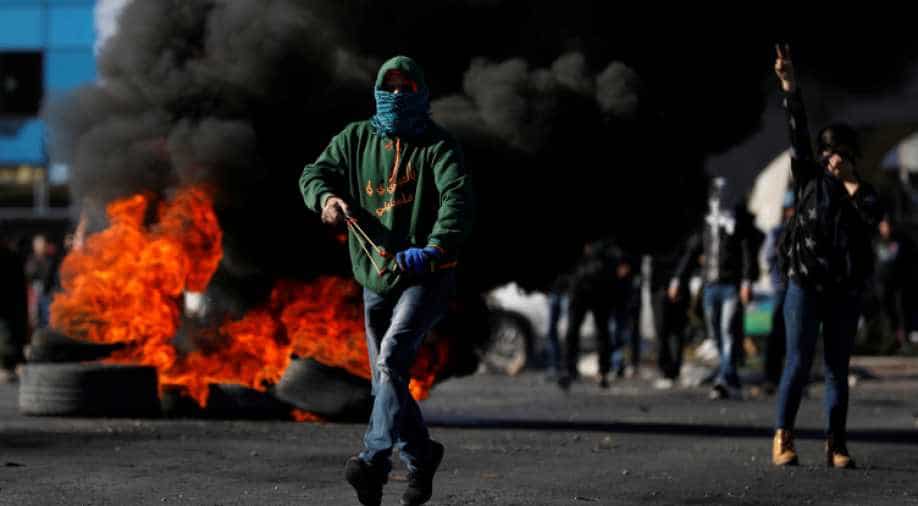 A Palestinian protester during clashes with Israeli troops in the West Bank. Photograph:( Reuters )

The contrasting fortunes of India and Pakistan reveal one thing - Pakistan is getting overlooked by the world.

It's clear that Israel will not jeopardise its ties with India at any cost. There is a good case to make in favour of this question. Let's address the question with reference to context. The Muslim world has not turned its back on Pakistan on the Kashmir issue but countries like Saudi Arabia and UAE have made it clear that they consider the Kashmir issue as India's internal matter.

Besides - they have also endorsed India's terms of engagement with Pakistan. The India-Pakistan issue is a bilateral issue, that's the consensus of the Arab world.

Russia too has a similar stance on Kashmir but countries like Russia, UAE and Saudi Arabia are playing the balancing act. These countries want to ensure strong ties with Islamabad, but they won't take on strategic partners like India.

This is because these countries are afraid of derailing ties with Israel. Even countries like Saudi Arabia view Iran as the enemy, not Israel. The importance of Israel has practically drained out all support for the Palestine cause.

Pakistan is at a similar stage. Islamabad wants to forge strong ties with Israel and Russia. Pakistan thinks such relationships would lend support for its stance against India but it's clear that no country in the world would choose Pakistan over India. Firstly, India is a huge economy with great potential to lead global growth and the Indian market is a source of opportunity for all countries.

India is a vibrant democracy with a growing stature in the global arena. India also practises non-alignment, in letter and spirit and has proven peace credentials. India is simply too big to ignore, siding with India has great strategic benefits - economic and non-economic. On the contrary - Pakistan is a failing economy, their democracy is in a shambles and the state controls the government.

The contrasting fortunes of India and Pakistan reveal one thing for sure - Pakistan is getting overlooked by the world.