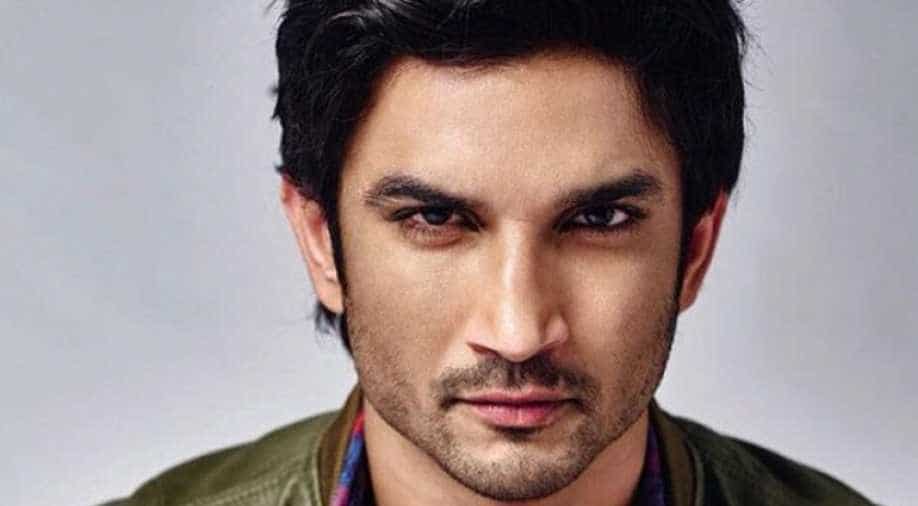 While calling out nepotism in Bollywood is pertinent, it is also important to not dilute it with Rajput's death. Both are complex issues and need separate discussions.

India. The land of wonderous things where shows like Koffee With Karan is taken seriously, where Kamaal R Khan reviews films and where the death of a star is used to leverage personal angst and battles.

Sushant Singh Rajput's death on Sunday left the entire country in shock. The actor, who in a short period in Bollywood, managed to not just carve a niche for himself but deliver box office hits, died by suicide at his Mumbai flat. Initial Police reports have stated that the actor was under medication for depression. The actor did not leave any suicide note.

His family has sought a probe into the matter alleging that it was a murder and not a case of suicide.

While the police are still investigating the case, the woke junta on social media seems to have already given its judgement and declared some of the biggest names of Bollywood as villains. Karan Johar and Aditya Chopra, have been accused of bullying and overlooking Sushant's talent and choosing star-kids for their films. An old video of Alia Bhatt from Koffee With Karan has resurfaced where she opts to 'kill Sushant Singh Rajput' in kill-marry-hookup question during a rapid-fire round. A lawyer in Bihar has even filed a criminal complaint against 8 Bollywood stars including Johar, Chopra, Ekta Kapoor(who first gave Rajput a break in her TV shows) and Sajid Nadiadwala.

Now, let's get a few things clear. Nepotism exists in Bollywood. It's rampant like it is many other professions and it has to be addressed and called out. Star -kids do have it easy compared to an outsider, but some of the biggest stars in Bollywood do not belong to film families and worked hard to reach where they are. Sushant Singh Rajput was one of them.

The youngest in his family which comprises of four elder sisters, a government employee father and a homemaker mother who passed away when he was 16, Sushant was a good student and studied at the prestigious Delhi College Engineering. He quit his studies in the third year to enter the world of showbiz, became a star on the small screen when he played the lead in a TV show called 'Pavitra Rishta' and made heads turn with his debut film 'Kai Po Che' which released in 2013.

Since then, Rajput has been part of some big films, that have been backed by the so-called A-listers of the film industry. 'PK', 'Shuddh Desi Romance', 'Detective Byomkesh Bakshi (both were produced by Adi Chopra's YRF), 'MS Dhoni: The Untold Story' (Fox Star India) were big-budget films- directed and backed by known names. His last film in theatres, 2019's hit 'Chhichhore' was produced by Sajid Nadiadwala- another big name in the Hindi film industry. Rajput, in seven years, had not just carved a niche for himself in the industry but also was one of the rare few who worked his way up, witness box office success with his films and earned critical praise for many of his performances. He was a self-made man, a successful actor.

With his tragic death, the narrative seems to have changed. The internet has not just made him a victim of nepotism, but also of bullying. Now one wonders, what’s the basis of such an assumption. Well, a few clippings that of old award shows where actors can be seen taking jabs at his expense, the now infamous 'Koffee With Karan' episode, and a few old interviews of Rajput where he has reportedly admitted that he didn’t have too many friends. Some even went to the extent of arguing that him not getting invited to Deepika Padukone and Ranveer Singh's wedding reception was a clear indication of how Bollywood fraternity ignored the talented man.

While calling out nepotism in Bollywood is pertinent, it is also important to not dilute it with Rajput's death. Both are complex issues and need separate discussions.

We don't know what lead to Rajput's death or why he was suffering from depression. Professionally, the actor had a good year in 2019 with 'Chhichhore' earning big bucks at the box office and 'Son Chidiya' earning critical praise. The only debacle for the actor was a Netflix film called 'Drive' (produced by Karan Johar) which had been in the making for a long time and ultimately took the digital route. So one can say professionally the actor was doing well. The actor also had at least two big projects in the pipeline which had been stalled due to the lockdown.

Neither did Rajput, nor his close confidante have ever mentioned that the man was bullied in Bollywood or that he was a victim of nepotism. The uproar on social media seems to be based on presumptions that not only defeat the whole conversation about mental health but in a way degrades Rajput's hard work over the years and his journey to stardom.

A man who rose the ladder through his talent has been reduced to a mere victim of things that may or may not have ever affected him. We won't know unless the police unravel something.

His death, though, has highlighted the toxicity of several people-stars, politicians and fans alike. Riding on something as unfortunate as death, people have tried to leverage it for their own agenda.

Social media has fed people with a parallel narrative which, in times of such uncertainty, has been lapped up and accentuated further.

In just two days, actors and filmmakers have been called out, labeled and shunned. Its a witch hunt now really which might just lead to further mental health issues for the said stars.

Ironically, back when Rajput was alive, the same public preferred watching a rather flimsy 'Lukka Chuupi' over thought-provoking 'Sonchiriya' (they released on the same day.) I wish the actor had got so much attention when he was alive. Instead, most were busy gushing over Varun Dhawan's antics in one of the Dharma blockbusters.

If the film industry has encouraged nepotism, the audience too has helped in making many of these star-kids with limited talents into superstars. There’s an inherent problem in the way we perceive Bollywood and measure success, why just blame the film industry for it. Don’t we forget actors once their films start sinking? Don’t we overlook talent over glamour and stardom?

What have we become? The whole blame-game shrouding Rajput’s death has highlighted how vicious and hurtful society can be. To show support and solidarity to one individual we are now calling names and labeling the others. The toxicity also highlights the inherent unhappiness that people have where one has to pull down a person to feel better.

More importantly, it shifts focus from the person whose sudden death has left a void in Bollywood that will be hard to fill.
Grieve all you want for its a loss that will take time to accept. A bright young talent, who has given such memorable performances is no more and it is bound to hurt. But don’t seek answers for his death or start calling names or hold a handful of people responsible for it. Instead, celebrate him and his work. That would be the best tribute that a fan could give to an artist.