Why Central Asia matters to India India cannot afford Chinese ambitions of regional hegemony to solidify in the region and therefore India is trying to counterbalance China by re-engaging with the region in a nuanced manner.

As India’s ‘extended neighbourhood’, Central Asia holds an important place in India’s foreign policy framework. India’s main priority has always been to strengthen its relations with this region to satisfy both its geopolitical as well as geoeconomic interests. Earlier this week, when Uzbek president Shavkat Mirziyoyev made his first state visit to India, both the sides laid stress on building deeper ties with special focus on defence cooperation and strategic partnership.

For centuries, India has shared deep cultural and civilizational linkages with this region. However, today India lacks a direct access to Central Asia because of the presence of hostile Pakistan and an unstable Afghanistan. This is precisely why important pipelines project like TAPI (Turkmenistan-Afghanistan-Pakistan-India) are yet to be fully operationalized. Despite the geographical proximity, the region is not as easily accessible as India wants it to be.

The region provides connectivity between South Asia and Europe. Projects like INSTC i.e. the International North-South Trade Corridor is a classic example of India’s trade interests in the region as the corridor serves the dual purpose of cutting down the transportation time of goods from India to Europe via Central Asia as well as giving a smooth access to Indian companies who want to invest in the region.

The collapse of the erstwhile Soviet Union post-1991, which gave birth to the five Central Asian republics, changed the region’s security dynamics completely. The region became a battleground for the new great game in the region where great powers like the US, Russia and China along with middle powers like India, Iran and Turkey got involved as stakeholders. All these major powers are mainly eyeing the Central Asian gas reserves, but India has always been concerned more about the region’s security and prosperity.

In 2012, India formulated its Connect Central Asia policy which is a broad-based approach including political, security, economic, and cultural connections between India and the region, which for a long time was not high on New Delhi’s foreign policy agenda. India somehow overlooked this region for nearly two decades and, as a result, had drifted away from the region. At the same time, China was busy making deep inroads into the Central Asian republics by investing huge sums of money for developing infrastructure in the region.

The India of today is a much stronger power than it was 25 years ago and, therefore, its self-interest has expanded over the years. Hence, India cannot afford Chinese ambitions of regional hegemony to solidify in the region and therefore India is trying to counterbalance China by re-engaging with the region in a nuanced manner. Prime Minister Narendra Modi’s visit to the Central Asian states in July 2015 was a marker of India’s desire to get deeply involved and recalibrate its ties there.

Although, the worrying factor is that India’s trade numbers with the countries in Central Asia are still very low compared to that of China and Russia with the region. For instance, India’s trade with Uzbekistan stands at just $323 million. Through regional organisations like the Shanghai Cooperation Organisation (SCO), where India became a permanent member last year, India is trying to better these trade numbers and emerge as a bigger player in the region. 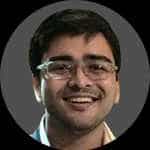 The author is a junior research fellow at the School of International Studies, JNU.