Vikram Sarabhai: Remembering the Father of the Indian space programme 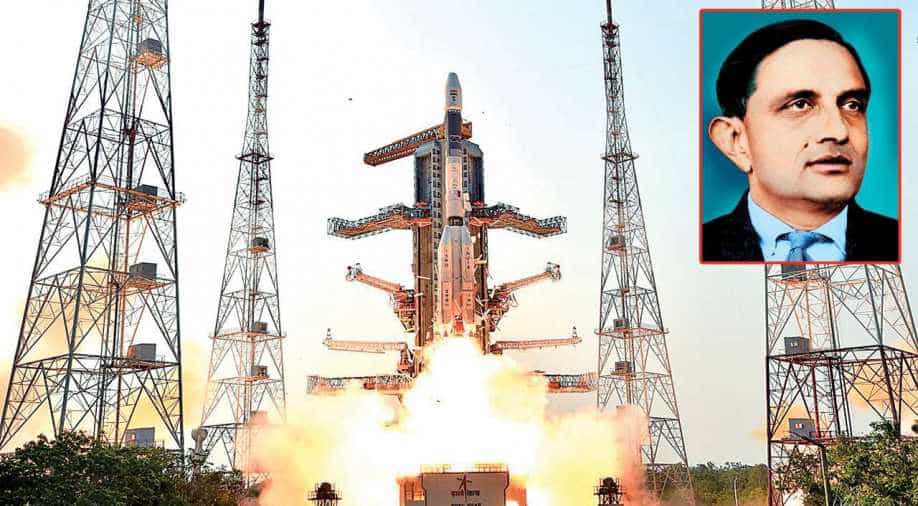 Vikram Sarabhai’s worldwide contacts with scientists, academicians, scholars and politicians made India’s prospects of developing its own space programme a distinct possibility

August 12, 2019, marks the 100th birth anniversary of Vikram Sarabhai, father of the Indian space programme. At a time, when Chandrayaan-2 is in orbit, it becomes imperative to look back into the journey of this remarkable man and a towering intellectual.

Sarabhai’s unparalleled contribution as a scientist and as an institution builder is of great significance. Just as it is difficult to imagine the US space programme and its early success without Werhner Von Braun or the Soviets without Sergei Korolev, the Indian space programme cannot be evaluated without the contribution of Vikram Sarabhai.

As someone who believed that institution-building leads to great power status, Sarabhai was behind the successful establishment of institutions in fields as diverse as atomic energy, space sciences and management.

The Indian Institute of Management (IIM) Ahmedabad, Physical Research Laboratory (PRL) and ISRO, owe their existence to this one man.

Coming from an industrial family, Sarabhai was not the typical rags to riches story. He was born with a silver spoon in his mouth, but aspired to see India as a developed nation. Coming from an affluent background helped him get in touch with India’s Who’s Who, including Prime Minister, Jawaharlal Nehru, who came from a similar background.

The coming together of these two like-minded individuals, who shared similar views about nation-building, paved the way for India’s space programme.

Sarabhai successfully convinced the government of the importance of a space programme for a developing country like India after the USSR’s Sputnik launch. An elite background helped - he did not have to go through time delaying bureaucratic red tape and a vast gestation period, that became the bane of many fine scientific minds.

Sarabhai’s worldwide contacts with scientists, academicians, scholars and politicians made India’s prospects of developing its own space programme a distinct possibility. India was one of the few countries to have begun a space programme in 1963.

Sarabhai was a team leader. He rewarded those who worked hard under his watch. His informal style of working impressed and inspired people around him and he had the knack of recruiting talented people, many of whom went on to become pioneers in the field of space sciences and research.

Sarabhai was chairman of the Indian National Committee on Space Research (INCOSPAR) when it was constituted in 1962. He was also the chairman of the first UN Space Conference held at Vienna in 1968.

The father of India’s space programme famously said: “It is not accidental that on the soil of India, great space powers like the United States, the USSR and France are collaborating with us at the equatorial range near Thumba and even the United Nations sponsorship of this range is not merely a matter of form, but constitutes an umbrella under which regardless of political differences, nations can collaborate in the peaceful usage of outer space. In my opinion, space research is in relation to national capability, it generates self-confidence. The benefits of it (space research) far outweigh any other factor. “

Sarabhai was also founder of the first Experimental Satellite Earth Communication Station (ESECS) at Ahmedabad in 1967. Later, this became the main centre for all of India’s communication experiments.

On ESECS and India’s space journey, he once told an interviewer: “Yes, we set this up because about five years ago we realised that this was going to be one of the most important peaceful applications of outer space and would have a profound influence on the future development of communications and mass communications in this country”.

Vikram Sarabhai spearheaded the country’s space programme for nearly a decade. His death at the early age of 52, left a crisis in the space training for a brief period, as everyone was used to his towering presence.

Sarabhai’s contribution can never be equalled. Had he lived on for a decade or two more, there is not a shred of doubt that India’s space programme would have ascended to its great heights much before it actually did.

Author is a Senior Research Fellow at School of International Studies, JNU