The country must prepare for a drought year 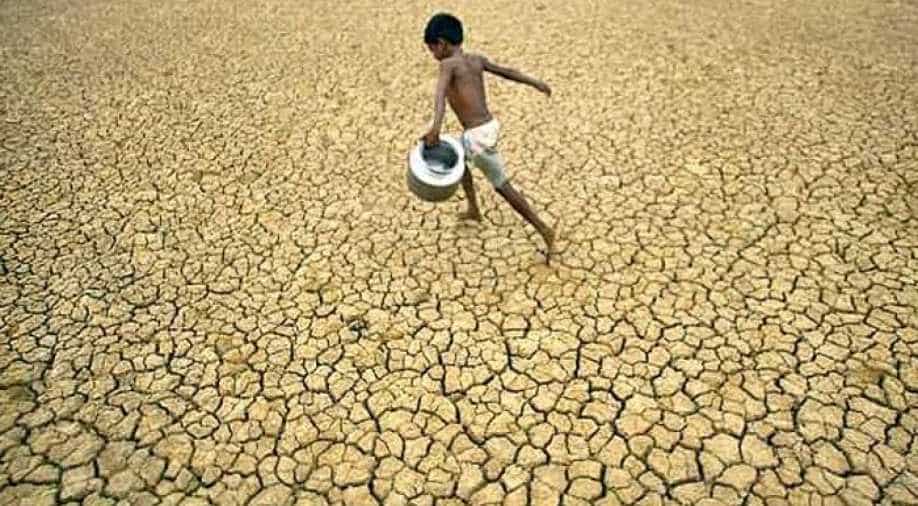 There are strong indications that a deficient northeast monsoon may accentuate the prevailing drought conditions in the country.

As the year draws toward an end, the country must prepare for a drought year, as both our monsoons — southwest monsoon and northeast monsoon — have played ‘truant’. In four days from now, the northeast monsoon period over peninsular India will come to an end. And there are strong indications that a deficient northeast monsoon may accentuate the prevailing drought conditions in the country. Yesterday, Skymet Weather, a private weather forecasting agency, issued an update informing that the northeast monsoon will end on a ‘deficit note’, which will impact rabi (winter) crops. News reports are already pointing out a decline in sowing of rabi crops, such as black gram, millets, groundnut, etc.

Between October 1 and December 26 this year, Tamil Nadu and Pondicherry have a rainfall deficit of minus 22 per cent. Rayalaseema is in ‘large deficient’ rainfall category with minus 62 per cent rainfall departure. South Interior Karnataka and Coastal Andhra Pradesh, too, have rainfall departure of minus 41 per cent and minus 54 per cent, respectively.

While the northeast monsoon is set to end on a ‘deficient’ note, the southwest monsoon, our main monsoon season, too, ended with a rainfall departure of minus 9 per cent (at all India level) making it a ‘below normal’ monsoon year. Since large parts of our country depend on rainfall for irrigation and agriculture, several states across the country have already declared drought. For instance, 22 out of 30 districts in Karnataka and 26 out of 36 districts in Maharashtra are facing crop failure and drought. Bihar government and Jharkhand government have declared 23 districts and 18 districts as drought-hit, respectively. Rayalaseema, which has minus 62 per cent rainfall departure in northeast monsoon period, had minus 37 per cent rainfall departure in southwest monsoon season, too. Early this month, 291 of the total 676 mandals in Andhra Pradesh were declared drought-affected and 88 per cent groundnut crop in the state is said to be under critical moisture stress.

Unlike the southwest monsoon, predicting northeast monsoon rainfall is much more difficult because its variability is close to 25 per cent as against 10 per cent of the former, explains M Rajeevan, secretary, Union ministry of earth sciences. According to him, the IMD attempts to forecast seasonal rainfall of northeast monsoon using a statistical model, which needs to improve further and remains a “grey area”.

A 2012 research paper, co-authored by Rajeevan and published in Meteorological Applications notes that while different aspects of the southwest monsoon have been well investigated, the northeast monsoon has received less attention.

The large variability of northeast monsoon is reflected in rainfall data of 2015 and 2016 in Tamil Nadu. As per the ‘Report on the Northeast Monsoon 2017’, “whereas the NEM [northeast monsoon] 2015 was +52 per cent excess over the TN [Tamil Nadu] sub-division with some extremely heavy rainfall activity and unprecedented floods over the north coastal districts of Chennai, Kanchipuram and Thiruvallur, the NEM 2016 was largely deficient at -62 per cent and was the worst deficient scenario in the last 140 years.” The excess northeast monsoon 2015 occurred under strong El Niño and positive-normal Indian Ocean Dipole (IOD) conditions which are generally associated with good northeast monsoon performance.