'The Accidental Prime Minister': The issue can't be milked twice 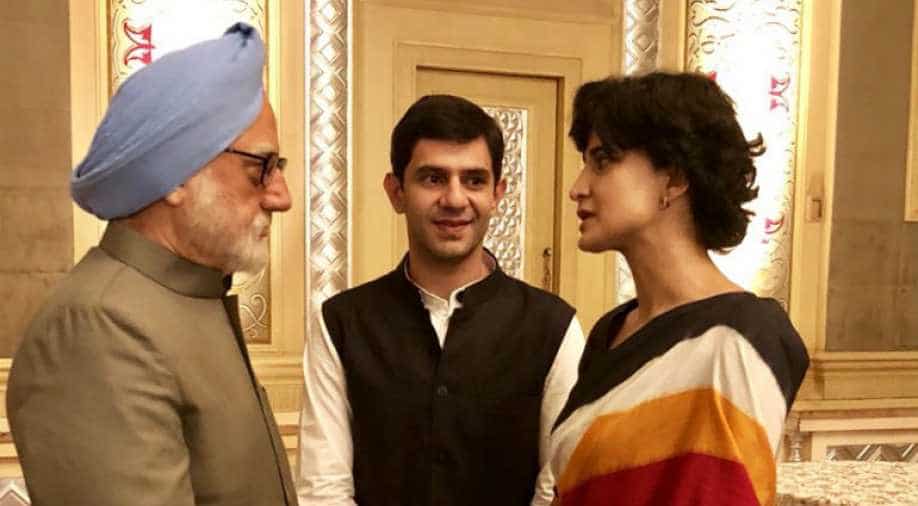 The film will bring back the memory and ruthless push which Sonia Gandhi created for Rahul Gandhi’s elevation in the party. It will be a fillip to Narendra Modi who weaponised the word dynasty during 2014 elections.

No film should be banned. Art should not be banned. Books should not be banned. Free speech is part of our fundamental right and Indian Constitution provides enough freedom to individuals to express their views. Despite the provisions, films, books and art installations are banned frequently. If they are not banned, then the promoter and artists are subjected to undue harassment creating a situation that withdrawal becomes the best option.

From films like 'Aandhi', 'Kissa Kursi Ka' to 'Udta Punjab' to 'Padmaavat', political parties created conditions whereby either the film had to go under the knife or the name was changed. India has also witnessed books like 'Satanic Verses' being banned.

Renowned artist MF Husain was harassed to such end that he had to leave the country. This brings us to the movie 'The Accidental Prime Minister' which has created a storm for its negative portrayal of Sonia and Rahul Gandhi. This film must not be banned nor opposed by the Congress party.

In its long sojourn in power, Congress has used censor’s knife, again and again, to ban, alter or curate the content. The only thing which is hurting the party most is that it brings back the memory of an ineffective Prime Minister who was dictated by the party and lacked functional autonomy.

It is a fact which Congress cannot run away from. Nehru-Gandhi dynasty is both Congress party’s strength and weakness. Without the family, the party has 90 per cent potential to disintegrate and with their continuation, no top talent can become the president of the Congress party.

The film would remind people of the way Rahul Gandhi tore the ordinance on convicted lawmakers during his infamous press conference at Delhi’s Press Club. It will bring back the memory and ruthless push which Sonia Gandhi created for Rahul Gandhi’s elevation in the party. It will be a fillip to Narendra Modi who weaponised the word dynasty during 2014 elections.

It will also bring back memories of Rahul Gandhi’s tense relationship with party seniors. It will revitalise the charge of BJP against Congress that PMO was remote-controlled by the family and all of it right before the Lok Sabha elections in 2019.

But will it have an electoral impact? No, because no one issue can be milked twice.

Rahul Gandhi has been cultivating a different image from last 3 years where he is constantly seen with the old guard. Even Manmohan Singh is not politically ignored as special care is taken to ensure that on every occasion he remains with Rahul Gandhi. Lastly, Rahul Gandhi is not a political greenhorn anymore. For a politician, ultimate legitimacy flows from electoral victory and Rahul Gandhi got his own in three north Indian states.

The only thing the film would end up doing is to provide potshot for the ruling dispensation to attack the Opposition. The only thing Congress must do is to behave gracefully because today even BJP cannot escape the fact that it is remote-controlled by the RSS which claims to be a cultural organisation but, surreptitiously through BJP, is participating in elections.

But the debate must not end here. What makes political parties so confident that they can dictate terms to people who work in other walks of life?

Unlike modern western democracies where political parties are not all-pervasive, it is exactly the opposite in India. All of them have used bans to promote their respective political interests.

The civil institutions which should stand independently from political pressure give in easily in India. The bane of the ban flows from political legitimacy for the cultural and artistic quest.

India cannot afford to continue with it. It only happens in totalitarian regimes where the artistic quest is subject to the political vision of those who control the state.

Mature democracies allow a lot of freedom to dissenting voices and artistic freedom is not subject to the moods of political parties. In India despite elections, bans have become tools of social and political mobilisation which has acquired acceptability in Indian political culture.

This needs to be checked for our democracy to become more robust and open.