Reporting from Ayodhya on December 6, 1992 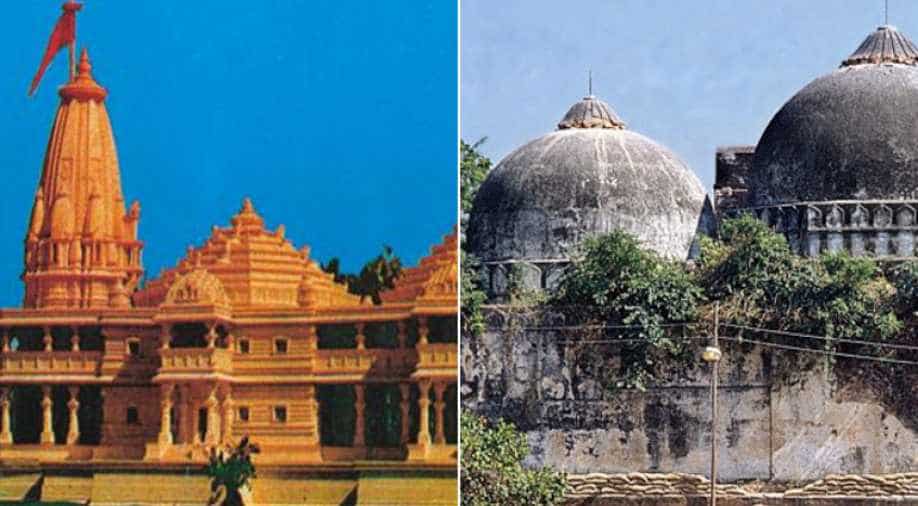 My camera person, who was senior to me, was quick to point out that something big was about to happen, we rushed behind the structure.

With today’s Ayodhya verdict, for me personally, it’s a sense of closure and relief though it has taken 27 long years.

In September 1992, if I remember correctly, I was asked one late evening to board the late-night train to Faizabad, at that point of time Ayodhya-Faizabad were twin cities. We arrived early morning. There was a slight nip in the air and the first thing we did was to have a kulhad chai at the platform. Then I searched for a hotel, finally, we found one decent hotel in Faizabad.

After a brief stop at the hotel, we were off to Ayodhya. As we moved in the bylanes of sleepy Ayodhya, we saw people of both communities going about their daily chores. My first impression of the Babri Masjid – as it was popularly known at that point of time was a disappointment.

It was a dilapidated structure in the middle of the bylanes of Ayodhya. But it was very well guarded by security personnel. We went about talking to a crosssection of locals – all said that there wasn’t any dispute between local communities, it is only the outsiders who were trying to provoke the people.

Subsequently, in the next three months, I went several times to cover one story after another as the issue started gaining momentum. Every now and then, leaders of various political parties would descend on Ayodhya and make a controversial comment.

Religious leaders too started making a beeline to Ayodhya to stay relevant in the Babri Masjid space. The once deserted road between Lucknow and Ayodhya by early November had come alive and hordes of cars would descend on Ayodhya early morning and by late evening the traffic would reverse from Ayodhya to Lucknow.

On Dec 1-2, 1992, if I remember correctly, I was again sent to Ayodhya as the big day of December 6 was approaching. I along with a few of my colleagues boarded the night train to Faizabad from Delhi.

This time the air in the twin city was tense as hordes of people from every nook and corner of India were descending on the twin city. Every street was full of kar sevaks chanting “Jai Sri Ram”. The sleepy Ayodhya was fully awake. The local shops were doing brisk business. They hadn't seen this kind of influx probably post 1990 when kar sevaks had descended on Ayodhya and then Chief Minister of Uttar Pradesh Mulayam Singh had instructed police personnel not to allow anyone to enter Ayodhya resulting in firing by the police leading to the deaths of several people with many wounded.

However, the December of 1992 was different. Every day a new political leader would land up in Ayodhya and ask people to assemble at the disputed site for the symbolic kar sewa. My every evening was spent among the VHP and BJP leaders with endless cups of tea. I would try to figure out what would happen on December 6, and I would always hear the same ‘on record - all will be normal after symbolic kar sewa and the big rally which was to take place near the disputed structure but I could feel that it is going to be much more than a symbolic kar sewa.

A day before the ceremony, all journalists including the international press who had descended on Ayodhya were asked to get press cards issued from local VHP leaders. We all were given pink coloured cards – clearly identifying us as journalists who will be allowed to go near the venue of kar sewa.

Than the D-Day arrived, Dec 6.

The two hotels in Faizabad were fully occupied by journalists both Indian and international and the place was buzzing. The question doing the rounds was what will happen today?

All of us were eager to reach the site early and not miss anything. I and my colleagues were ready early and started moving towards Ayodhya. The streets were full of kar sewaks moving slowly towards the venue.

The security was tight as the UP police were checking vehicles including ours – it seemed like a perfectly normal day. We arrived at the venue shortly after 9 am, the crowd had started assembling. The time for pooja was fixed for around 12 noon. Slowly the crowd started swelling, but it was very well organized. The volunteers wearing saffron bands were checking cards and ushering people including journalists to various enclosures. All seemed so normal on a sunny winter morning.

I and my colleagues spread out at the venue. Suddenly, shortly after 12 noon, I saw a fresh group of youths wearing yellow bands descending on the venue, the saffron band wearing youth gave a clear passage to the yellow band youth.

It happened so suddenly, I was completely at a loss. My camera person, who was senior to me, was quick to point out that something big was about to happen, we rushed behind the structure – and within minutes a group of these yellow bearing-bands were on the structure. Some saw my camera person filming this and they rushed towards us and within minutes our camera was broken and taken away. And both of us were thrashed mercilessly. As a young reporter, I did not understand what our crime was. I was lying on the ground with blood coming out from my head. Long ago, I had heard somewhere that by applying soil blood coming out could be stopped, I did, and the blood stopped seeping.

I was still on the ground, suddenly an old man appeared from nowhere and took me inside his hut which was nearby. He gave me water and a saffron band, so that I could reach my car. I still remember his face and his helping hand and the rest, as they say, is history.

Post-December 6, I kept visiting Ayodhya for some congregation or another till the late 1990s.

Last night, when the Supreme Court announced that it will deliver the verdict today, same sense of excitement returned as my thoughts went back to that December afternoon but the difference was at that point I was in Ayodhya and today sitting in the newsroom, I saw history unfold with today’s unanimous verdict by India’s top court.

Now, I feel a sense of closure. And probably for the locals too of the twin cities of Ayodhya–Faizabad, they will now be able go about their daily chores. And with a new temple, whenever it is built, local businesses will roar again.