Remembering Kargil: Why prevention is better than cure 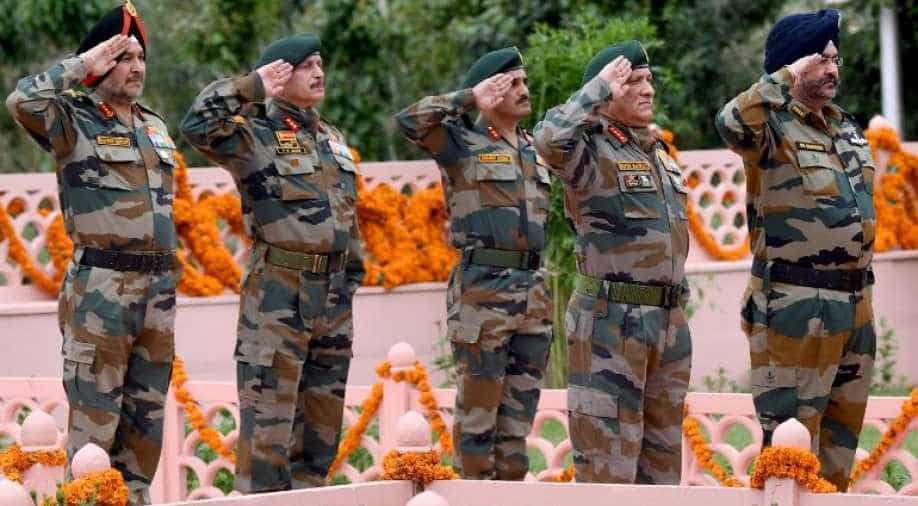 Army Chief General Bipin Rawat paying homage to Kargil war martyrs at their memorial during a function to commemorate the 20th anniversary of the Kargil Vijay Divas at Drass. Photograph:( ANI )

Thanks to the KRC, many important changes were made to improve our combat readiness in the region and prevent such costly mistakes in the future

Every year, July 26 is marked as Kargil Vijay Diwas. Since that fateful day twenty years ago when we pushed out the Pakistani infiltrators and recaptured the Kargil heights, we commemorate the brave soldiers who triumphed over our enemy. By official counts, some 527 officers and men were martyred in this undeclared war. This year too, led by President Ram Nath Kovind, Prime Minister Narendra Modi, and Army Chief General Bipin Rawat, we mourned our martyrs and celebrated our victory. General Rawat warned Pakistan that if it dared to infiltrate again, it will have to “take back bodies.”

Without sounding a negative note, it is important to observe how practically none of the many experts and dignitaries that were a part of the hundreds of hours of media coverage spoke of how Pakistan gained the Kargil heights in the first place. How were we caught napping? How did we lose so many peaks, if not posts, before we began to retaliate? Was there a failure on our part? If so, who was responsible? It was precisely to answer such questions that the government set up the Kargil Review Committee (KRC) on July  29, just three days after the end of the war on July 26. As per its “Terms of Reference,” the KRC was to “to examine the sequence of events and make recommendations for the future.” The chairman of the KRC was the noted security expert, Krishnaswamy Subrahmanyam, Secretary for Defence Production, Ministry of Defence, who also served as director of the Institute for Defence Studies and Analyses (IDSA). His son, Subrahmanyam Jaishankar, is our current Minister of External Affairs.

The KRC completed its report on December 15, 1999, after meetings and interviews with over a hundred military and intelligence officers, politicians, diplomats, and journalists. Though parts of the KRC are still classified, there is enough in the public domain to indicate that the Kargil war began with serious lapses on India’s part: “the Pakistani armed intrusion in the Kargil sector came as a complete and total surprise to the Indian Government, Army and intelligence agencies as well as to the J&K State Government and its agencies.” In fact, the KRC found that no individual or agency “was able clearly to assess before the event the possibility of a large scale Pakistani military intrusion.” This despite the fact that such an invasion or incursion had been spoken of in Pakistani defence and political circles for the prior two decades. The KRC concluded that there was a “critical failure in intelligence” in addition to “many grave deficiencies in India’s security management system.”

An anonymous Pakistani soldier’s account, published in Time magazine on July 12, 1999, shows that the systematic infiltration had started by February 1999, possibly earlier. Yet, according to the KRC, it was detected only as late as May 3, some three months later, by “shepherds.” The KRC also admits that by this time there were “around 140 posts and pickets established by regulars of Pakistan Army, over a frontage of 100 km up to a depth of 8 km inside Indian territory over months in 1999.” Even after these facts came to the attention of the top brass of the Indian army were still in a damage control mode, asserting that “the situation was local and would be dealt with locally.”

There are other accounts of the Kargil war in the public domain, such as in former foreign minister, Jaswant Singh’s book, A Call to Honour. His son, Manvendra Singh, then a Territorial Army officer and defence reporter for a leading English daily, recalls that our then Defence Minister, George Fernandes, was himself unaware of “unusual happenings” in the Drass-Kargil sector. Apparently, “local Army formations had kept the Army Headquarters in the dark even as they were discovering the truth about the intrusions in the Drass-Kargil-Batalik sectors.” During a briefing on May 17, after Prime Minister Atal Behari Vajpayee had personally taken charge of the situation, the Director-General Military Operations (DGMO) assured him that the incursions would be cleared in “two or three weeks or so.” In retrospect, it seems clear that Kargil, as Lt General DB Shekatkar conceded, “was the outcome of intelligence failures.”

Yet, thanks to the KRC, many important changes were made to improve our combat readiness in the region and prevent such costly mistakes in the future. Among these, the National Technical Reconnaissance Organisation (NTRO) and Defence Intelligence Agency (DIA) are considered positive outcomes. One other sidelight of the conflict, which few care to mention today, is that it was the Bofors howitzer that actually helped dislodge the Pakistanis. The gun was good though its purchase was tainted by the scandal and corruption.