Reforming the faith: Indonesia’s battle for the soul of Islam 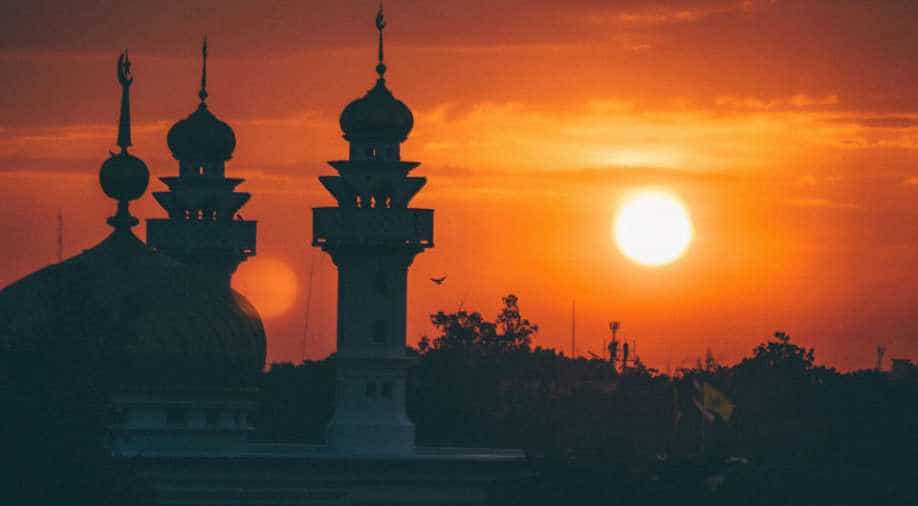 The initiative is designed to counter what many in Nahdlatul Ulama see as Islam’s foremost challenge - the rise of radical Islam.

The powerful Indonesian conservative and nationalist group that operates madrassahs or religious seminaries across the archipelago has taken on the ambitious task of reintroducing ijtihad or legal interpretation to Islam as it stands to enhance its political clout with its spiritual leader, Maruf Amin, slated to become vice president as the running mate of incumbent President Joko Widodo in elections scheduled for next April.

In a 40-page document, argued in terms of Islamic law and jurisprudence and scheduled for publication in the coming days, Nahdlatul Ulama’s powerful young adults wing, Gerakan Pemuda Ansor, spells out a framework for what it sees as a humanitarian interpretation of Islam that is tolerant and pluralistic in nature.

The initiative is designed to counter what many in Nahdlatul Ulama, founded in 1926 in opposition to Wahhabism, see as Islam’s foremost challenge; the rise of radical Islam. The group that boasts a two million-strong private militia defines as radical not only militants and jihadists but any expression of political Islam and asserts that it is struggling against the weaponisation of the faith.

While it stands a good chance of impacting Islamic discourse in Indonesia, the world’s largest Muslim nation, it is likely to face an uphill battle in making substantial headway beyond Indonesia despite its links to major Muslim organisations in India, the United States and elsewhere. It also could encounter opposition from the group’s more conservative factions.

Amin, the vice-presidential candidate, is widely viewed as a conservative who as issued fatwas against minorities, including one in 2005 denouncing Ahmadis, a sect widely viewed by Muslims as heretics. Violent attacks on Ahmadis by extremists have since escalated with mob killings and the razing to the ground of their homes.

Amin is also believed to have played a key role in last year’s mass protests that brought down Jakarta governor Basuki Tjahaja Purnama, aka Ahok, an ethnic Chinese Christian, and led to his sentencing to two years in prison on charges of blasphemy against Islam.

The vice-presidential candidate appears to have since mellowed. In a recent speech in Singapore hosted by the S Rajaratnam School of International Studies (RSIS), Amin projected himself as an advocate of an Islam that represents a middle way and stands for balance, tolerance, egalitarianism, non-discrimination, consultation, consensus and reform.

Amin’s speech appeared to be not out of sync with the reformist thinking of Ansor.

To achieve its goal, Ansor hopes to win Middle Eastern hearts and minds in a roundabout way by targeting European governments as well as the Trump administration in a bid to generate pressure on Arab regimes to promote a tolerant, pluralistic form of Islam rather than use the faith to garner legitimacy and enhance regional influence.

To further that goal, Yahya Staquf, a diminutive, soft-spoken general secretary of the group’s Supreme Council and a member of Widodo’s presidential advisory council, met in June with US Vice President Mike Pence and Reverend Johnnie Moore.

Moore is an evangelist who in May was appointed by President Donald Trump as a member of the board of the US Commission on International Religious Freedom.

Staquf also paid in June a controversial visit to Israel where he met with Prime Minister Benyamin Netanyahu against the backdrop of Trump’s recognition of Jerusalem as the capital of Israel.

Netanyahu’s office trumpeted the meeting as an indication that “Arab countries and many Muslim countries (are) getting closer to Israel” despite Israel’s policy towards the Palestinians becoming with US backing more hard line. The meeting served to strengthen Nahdlatul Ulama’s relations with Trump’s evangelist, pro-Israel supporters.

While making significant inroads in the West, Nahdlatul Ulama risks being identified with autocrats like United Arab Emirates crown prince Mohammed bin Zayed who strives to depoliticise Islam as a means of ensuring the survival of his regime. It also risks being tainted by its tactical association with Islamophobes and Christian fundamentalists who would project their alliance as Muslim justification of their perception of the evils of Islam.

Nahdlatul Ulama’s association could further bolster the position of evangelists locked into battle with expanding Islam along the 10th parallel, the front line between the two belief systems, with Nigeria and Boko Haram, the West African jihadist group, at its core.

If successful, Nahdlatul Ulama’s strategy could have far-reaching consequences. For many Middle Eastern autocrats, adopting a more tolerant, pluralistic interpretation of Islam would mean allowing far greater social and political freedoms. That would likely lead to a weakening of their grip on power.

Nahdlatul Ulama’s credibility in pushing a tolerant, pluralistic interpretation of Islam rides in part on its willingness to subdue its own demons, first and foremost among which sectarianism manifested in deep-seated prejudice against Muslim sects, including Shiites and Ahmadis. That may be too tall an order in a country in which ultra-conservative Islam remains a social and political force.

As a result, Nahdlatul Ulama’s battlefields are as much at home as they are in the larger Muslim world. Proponents of the reform strategy chose to launch it under the auspices of the group’s young adults wing in an admission that not all of Nahdlatul Ulama’s members may embrace it.

Moreover, the group’s meetings at times coincide with clashes between its militia and Hizb-ut-Tahrir, a banned non-violent organization that seeks to re-establish the caliphate.

The most recent clash occurred last week on the eve of a meeting in Yogyakarta of the Ansor-sponsored Global Unity Forum convened to stop the politicization of Islam. Attendees included Moore as well as Imam Umer Ahmed Ilyasi of the All India Imam Organisation and imams from the United States.

Beyond militants in Indonesia, Nahdlatul Ulama’s foremost rival is Turkey.

It is a battle that is shaped by the need to counter the fallout of a $100 billion, four-decades-long Saudi public diplomacy campaign that enjoyed tacit Western support to anchor ultra-conservative Sunni Muslim Islam in communities across the globe in a bid to dampen the appeal of post-1979 Iranian revolutionary zeal. The campaign created a breeding ground for more militant and violent strands of the faith.

The battle for the soul of Islam finds it most geopolitical expression in the rivalry between Saudi Arabia and Turkey as well as Iran. The battle with Turkey has come to a head with the killing earlier this month of journalist Jamal Khashoggi while visiting the kingdom’s consulate in Istanbul to certify his divorce papers.

Turkish President Recep Tayyip Erdogan drove the point home by exploiting the Khashoggi crisis to advise religious leaders that “Turkey with its cultural wealth, accretion of history and geographical location, has hosted diverse faiths in peace for centuries, and is the only country that can lead the Muslim world.”

If Nahdlatul Ulama couches its position in terms of Islamic law and jurisprudence, Erdogan’s framework is history and geopolitics. “The Turkish president’s foreign policy strategy aims to make Muslims proud again. Under this vision, a reimagined and modernised version of the Ottoman past, the Turks are to lead Muslims to greatness,” said Turkey scholar Soner Cagaptay.

Nahdlatul Ulama’s focus may not be Middle Eastern geopolitics. Nevertheless, its strategy, if successful, would significantly impact the region’s political map. In attempting to do so, the group may find that the odds are humongous, if not insurmountable.