Opinion: US ire against Pakistan on acquittal of Daniel Pearl killer 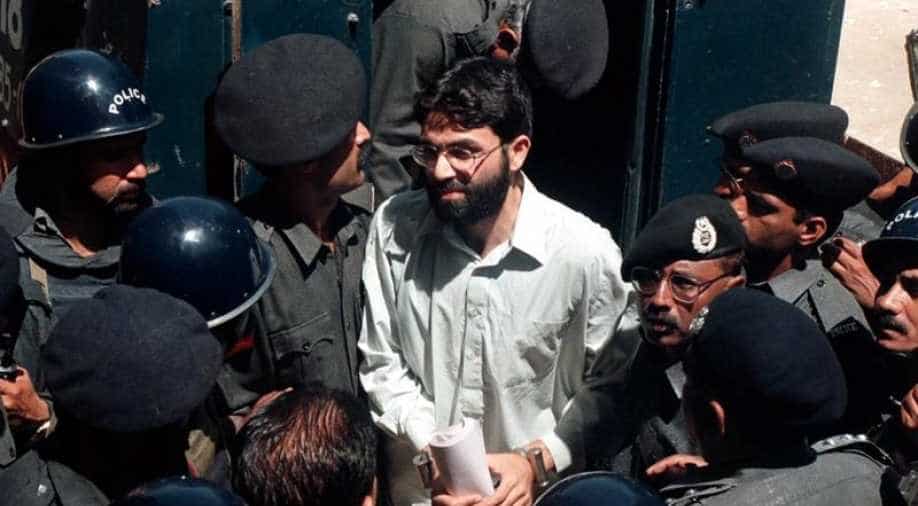 Pakistani establishment always felt that Biden’s predecessor, Donald Trump had abandoned Pakistan unlike other Republican Presidents, and therefore it’s time to reach out to the fresh administration.

Pakistan has been in a desperate mode to walk an extra mile to mend ties with the USA ever since President Joe Biden and his team took charge on January 20 this year. In fact, even before the new dispensation assumed office, Pakistan had been active in sending feelers to team Biden to have a changed attitude towards Pakistan.

Significantly,  Pakistani establishment always felt that Biden’s predecessor, Donald Trump had abandoned Pakistan unlike other Republican Presidents, and therefore it’s time to reach out to the fresh administration. The visible motive behind this vigorous move was to come out of the global isolation Pakistan was reeling under, counter India to wean it away from the US proximity, dispel any misgivings that the US may have vis a vis Sino - Pak relations, use US good offices to repair the worsening ties with Saudi Arabia and of course to get financial packages to extricate itself from the economic imbroglio. As part of a wishful thinking, Pakistan is also hopeful that the Democrats led Presidency will have a changed and tough policy towards Kashmir.

Pakistani hopes were raised amid these developments particularly because of the recent disclosure by the new Defence Secretary designate, Gen Lloyd Austin who called for a renewed US cooperation with Pakistan in the light of Afghanistan and for containing terrorist activities. While Pakistan was euphoric with the statement of Pentagon Chief conveniently ignoring his cautious warning that Pakistan needed to do more to rein in its terrorists specifically naming Lashkar-e-Taiba ( LeT) and Jaish-e-Mohammad (JeM). It was perhaps an early initiative by the US to wean away Pakistan from China but Pakistan read it too much.

However, this euphoria on part of Pakistan was short-lived as Gen Lloyd Austin called up his Indian counterpart, Rajnath Singh on Jan 27 hoping about an Indian vigorous role in the Indo - Pacific region and expressing keenness to strengthen strategic partnership with India. A call by the US Defence Secretary barely two days after assumption of office looks significant. Pakistan has silently taken note of it.

These happenings being closely watched by Pakistan were dealt a severe blow to its short lived buoyancy as the most recent verdict in the Daniel Pearl murder case by the Supreme Court of Pakistan upholding the acquittal of mastermind of the grotesque murder (Pearl the bureau chief of Wall Street Journal was mercilessly beheaded and video made and released in public domain), Ahmed Omar Shaheed Sheikh and ordering his release from the prison.

Reacting angrily on the judgment, in a statement on Jan 28, White House said that it was outraged by the verdict. The US chief spokeswoman, Jen Peski described the ruling as an affront to the victims of terrorism and called upon Pakistan to quickly review its legal options. Such reprimand from the US has given a jolt to the Pakistan efforts trying to warm upto the US. Meanwhile, family members of slain journalist   Daniel Pearl have intensified their efforts seeking US intervention on Pakistan for reversing the judgment which was awarded (2 to 1) by a panel of three judges.

The US rebuff has also led to the American Attorney General offering to hold Omar Sheikh on trial in the US itself and was ready to take him into custody for trial proceedings as Pearl was an US citizen. In the meantime, more criticism, worldwide, is outpouring on this verdict. Most likely, in the face of ongoing US pressure and international condemnation, latest news indicates that the Sindh government has requested (Jan 29) the court to hear the appeal urgently.

The legal process seems to be moving fast ostensibly under US pressure but it’s to be seen if Pakistan legal system which is thoroughly flawed, punishes a dreaded terrorist for such an inhuman and heinous crime or let’s him off the hook few weeks before the FATF takes stock of Pakistan’s efforts to contain terror funding and other linked activities.

Again, US Secretary of State, Antony Bilken has also voiced his concern on the judgment underscoring the need for Sheikh’s trial in the US. In view of such  volte face by the US, Pakistan steps to befriend the new US Administration can be on hold and the initial expectations can be ‘on wait’ till the guilty are punished as here justice is to be seen to be believed. Omar Sheikh is wanted in India too; hence Indian agencies and security experts need to keep an eye on the developments rather closely.

Also, Indian invisible bodies and diplomacy must step up actions exposing Pakistan for concealing the loopholes of its judicial system as seen in the most recent top court ruling exonerating a hardened and heartless offender like Omar Sheikh.

International commentators, in the meantime, have also opined that President Biden will have to face a test of faith in multilateral organisations and structures when the FATF meets to review Pak based terrorists’ terror funding problems in February. They also assess that as FATF prepares to review Pakistan’s performance, Prime Minister Imran Khan’s government is apprehended to go down in the rabbit hole of conspiracy.

Already in the backfoot because of Pakistan’s support to terrorism for cross border activities, its counter offensive to prepare a dossier alleging India as the sponsor of terrorism on the Pakistan soil will have no takers. The month that finished only yesterday, saw a spate of terror attacks in early January killing several members of the minority Hazara sect.

Such brazen terror assaults in cold blood exposes Pakistan’s skeletal intelligence and security machinery with complete indifference to the real threats. With a new US government in place, which is warming up to India already, Pakistan will have to rise to its emerging challenges to prove its bonafides or continue to face the flak from the international community. This said, there is hardly any doubt that the recent US rebuff on the Daniel Pearl verdict has dampened its enthusiasm which was part of kicking up a hype which was never there or even it was, it was grossly misplaced.

As this piece is going for the print, news emanating from Pakistan says that Pakistan Supreme Court on February 2, formally ordered the release of Omar Sheikh. The dreaded murderer has been on the death row for the last 18 years and will now be rehabilitated in a safe house where he will be allowed to meet his family members. His family has described this move as one step towards freedom. Indeed , it’s a travesty of justice as termed by the near and dear ones of Pearl .This development is bound to further incur the US wrath against Pakistan and it’s relations may sour contrary to the hopes of Pakistan . Either way, the happenings merit a close watch.