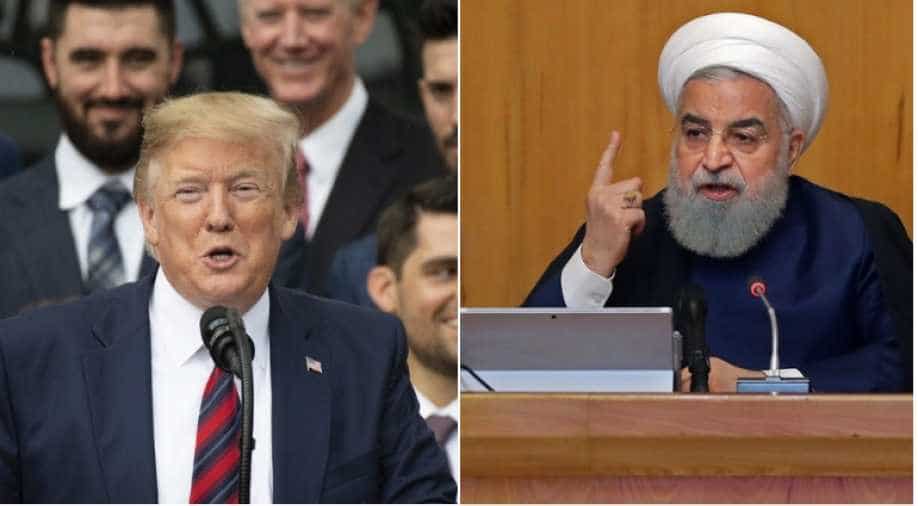 The race is being aided and abetted by a US policy that views the region through the dual prism of the need to stop in its tracks an aggressive, expansionary and destabilising Islamic republic that seeks to dominate and as a lucrative market for the US defence and nuclear industry.

The race is further enabled by the inability or unwillingness of other major powers – Europe, Russia and China – to counter crippling US sanctions against Iran in ways that would ensure that Tehran maintains an interest in adhering to the 2015 international agreement that curbed the Iranian nuclear program despite last year’s US withdrawal from the deal.

With the Middle East teetering on the brink of a military confrontation, Iran has vowed to next month start breaching the agreement if the international community, and particularly Europe, fails to shield it against US sanctions.

Former International Atomic Energy Agency (IEA) deputy director general Olli Heinonen, a hard-liner when it comes to Iran, asserted recently during a visit to Israel that Iran would need six to eight months to enrich uranium in the quantity and quality required to produce a nuclear bomb.

The US and Chinese willingness to lower safeguards in their nuclear deal with Saudi Arabia further fuel Iranian doubts about the value of the nuclear agreement and potentially open the door to a nuclear arms race.

US Secretary of State Mike Pompeo left this weekend for visits to Saudi Arabia and the United Arab Emirates before joining President Donald J Trump for visits to India and South Korea and talks with world leaders at a Group of 20 (G20) summit in Japan.

“We’ll be talking with them about how to make sure that we are all strategically aligned, and how we can build out a global coalition, a coalition not only throughout the Gulf states, but in Asia and in Europe…to push back against the world’s largest state sponsor of terror,” Pompeo said as he departed Washington.

Trump this weekend detailed the prism through which he approaches the Middle East in a wide-ranging interview with NBC News.

The president deflected calls for an FBI investigation into last October’s murder by Saudi government agents of journalist Jamal Khashoggi in the kingdom’s consulate in Istanbul.

“Iran’s killed many, many people a day. Other countries in the Middle East ― this is a hostile place. This is a vicious, hostile place. If you’re going to look at Saudi Arabia, look at Iran, look at other countries,” Trump said, suggesting that crimes by one country provide a license to others.

Trump and other senior US officials reiterated in recent days that they would not allow Iran to acquire a nuclear weapon.

Europe has so far unsuccessfully sought to put in place an effective mechanism that would allow European and potentially non-European companies that do business with Iran to circumvent US sanctions unscathed.

As the United States prepared to announce new sanctions, Russia said it would help Iran with oil exports and its banking sector if the European mechanism failed to get off the ground but offered no details.

While countering the sanctions is Iran’s immediate priority, Saudi moves, with the help of the Trump administration as well as China, to put in place the building blocks for a nuclear industry that could develop a military component and a ballistic missiles capability are likely to enhance Iranian questioning of the nuclear accord’s value.

Trump’s argument that Russia and China would fill America’s shoes if the United States refused to sell arms and technology to Saudi Arabia is not wholly without merit even if it fails to justify a lack of safeguards in the provision of nuclear technology to the kingdom.

With the United States refusing to share its most advanced drone technology, China opened in 2017 its first overseas defense production facility in Saudi Arabia. State-owned China Aerospace Science and Technology Corporation (CASC) is manufacturing its CH-4 Caihong, or Rainbow drone as well as associated equipment in Saudi Arabia. The CH-4 is comparable to the US armed MQ-9 Reaper drone.

Satellite images discovered by the Middlebury Institute of International Studies and confirmed by US intelligence show that Saudi Arabia has significantly escalated its ballistic missile program with the help of China.

The missile programme runs counter to US policy that for decades sought to ensure that Saudi Arabia had air supremacy in the region so that it wouldn't seek to go around the US to upgrade its missile capabilities.

The programme that started in the late 1980s with Saudi Arabia’s first clandestine missile purchases from China suggests that the kingdom, uncertain about the reliability of the United States, is increasingly hedging its bets.

Saudi development of a ballistic missile capability significantly dims any prospect of Iran agreeing to limit its missile programme – a key demand put forward by the Trump administration.

Saudi Arabia signed in 2017 a nuclear energy cooperation agreement with China that included a feasibility study for the construction of high-temperature gas-cooled (HTGR) nuclear power plants in the kingdom as well as cooperation in intellectual property and the development of a domestic industrial supply chain for HTGRs built in Saudi Arabia.

The HTGR agreement built on an accord signed in 2012 that involved maintenance and development of nuclear power plants and research reactors, as well as the provision of Chinese nuclear fuel.

The Washington-based Institute for Science and International Security (ISIS) warned at the time that the 2015 Iran nuclear agreement had “not eliminated the kingdom’s desire for nuclear weapons capabilities and even nuclear weapons.”

The Trump administration, eager to corner a deal for the acquisition of designs for nuclear power plants, a contract valued at up to $80 billion depending on how many Saudi Arabia ultimately decides to build, has approved several nuclear technology transfers to the kingdom.

It has also approved licences for six US firms to sell atomic power technology to Saudi Arabia.

Saudi Arabia is nearing completion of its first atomic reactor in the King Abdulaziz City for Science and Technology near Riyadh.

A signatory of the nuclear Non-Proliferation Treaty (NPT), Saudi Arabia has ignored calls by the IEA, to implement proportionate safeguards and an inspection regime that would ensure that it does not move towards the development of a nuclear military capability.

"Saudi Arabia is currently subject to less intrusive monitoring by international inspectors because Riyadh concluded what is known as a small quantities protocol with the agency. The small quantities protocol was designed to simplify safeguards for states with minimal or no nuclear material, but it is no longer adequate for Saudi Arabia's expanding nuclear programme,” Kelsey Davenport, director of Non-proliferation Policy at the Arms Control Association, told Middle East Eye.

Davenport warned that “given these factors, there are legitimate reasons to be concerned that Saudi Arabia is seeking to develop the technical capabilities that would allow Riyadh to quickly pursue nuclear weapons if the political decision were made to do so."