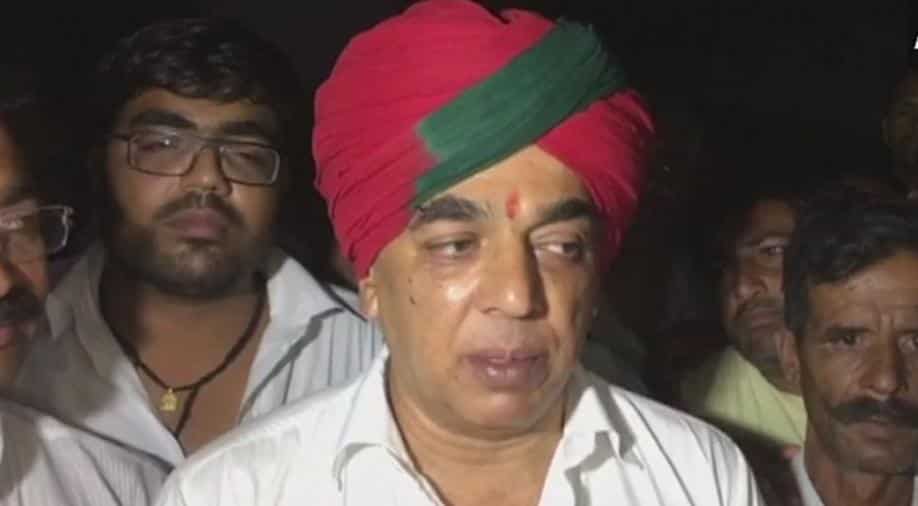 There is also a political sense in the timing of his decision; the BJP regime led by Vasundhara Raje is seen to be on the back foot and there is already talk that it may not be able to retain power.

In terms of optics, the crossing over of veteran Bharatiya Janata Party leader Jaswant Singh’s son, Manvendra Singh, to the Congress just weeks ahead of an Assembly election, is somewhat of an embarrassment for the BJP and a delight for the Congress. Beyond this, the development will neither greatly dent nor boost the prospects of the ruling party in Rajasthan.

Manvendra Singh is not a political heavyweight in the State, and his family lineage does not count for much in today’s politics, although he comes from a caste that enjoys considerable influence there.

Besides, his decision did not have an element of surprise. He had been suspended from the BJP in 2014, after the party said that he had campaigned against its official candidate in Barmer. Incidentally, Jaswant Singh had rebelled against the party and contested from this constituency as an independent in the election, after the BJP denied him a ticket. It was, thus, a matter of time before Manvendra Singh exited.

A year before the 2014 Lok Sabha election, in which his father was sidelined, Manvendra Singh had successfully contested the Rajasthan Assembly election on a BJP ticket from a constituency in Barmer, the family’s home ground. He held on to the Assembly seat despite being suspended from the party.

Having been in active politics for just under two decades, Manvendra Singh could not expand his reach beyond Barmer, and is not seen as a pan-Rajasthan figure, unlike his father who had a national prominence, given his stature in the BJP during the Vajpayee-Advani era. Jaswant Singh served in Atal Bihari Vajpayee’s Cabinet as Minister for Defence, Minister for External Affairs, and Minister for Finance. Throughout his tenure, he was, therefore, part of the prestigious Cabinet Committee on Security. And yet, for all these achievements, Jaswant Singh’s reach in Rajasthan was largely limited to Barmer — a legacy from which Manvendra Singh later benefitted.

It is true that Manvendra Singh, a former territorial Army officer, is both erudite and articulate. At one point, he was seen within the BJP as a rising young talent who could be groomed for bigger roles. But despite his father’s stature, and his own abilities, he could not make a mark in his own home State because of the presence of seniors like Vasundhara Raje. His electoral victories were attributed more to the BJP’s strong grassroots presence than to his persona.

Caste considerations also came in the way since the party was looking forward to expanding its base among other dominant groups such as the Gujjars. Post-2014, after Jaswant Singh failed in his bid to get elected to the Lok Sabha as an independent — losing to a BJP candidate — the impression gained roots that Manvendra Singh had no political future as a standalone.

His decision to join the Congress has to be understood in the above backdrop. As a Congress nominee (there is every possibility of his getting a ticket from one of the Assembly constituencies in Barmer), he will have the support of an organisation with a strong presence in the State. There is also a political sense in the timing of his decision; the BJP regime led by Vasundhara Raje is seen to be on the back foot and there is already talk that it may not be able to retain power. Additionally, Manvendra Singh has the support of a local outfit, the Swabhiman Sena, with which he has been closely associated and which he claims is being hounded by the Raje Government. Needless to add, this Sena will now, at least largely, back the Congress in the coming Assembly poll.

While Manvendra Singh and his family’s influence does not extend significantly to all of Rajasthan, it does exist in the eight Assembly constituencies in the Barmer Lok Sabha jurisdiction, primarily among the Rajput sections of society, whose cause the Swabhiman Sena has been espousing. Given that the Rajputs have been a strong vote-base of the BJP, the possibility of the Congress using Manvendra Singh’s arrival to eat into that segment is real.