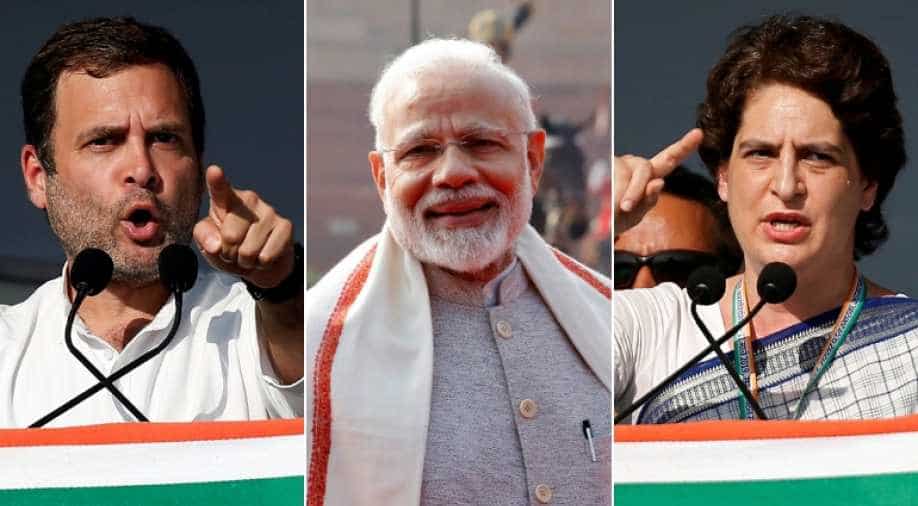 Here are the big takeaways from the seven-phase-long marathon election exercise:

The elections are almost over. After exhaustive campaigning of more than seven weeks, the D-Day is approaching fast for all the political parties. So how did this election pan out? What's at stake? And which issues dominated the campaign? Here are the big takeaways from the seven-phase-long marathon election exercise:

Unlike 2014, when the punch line was 'Gujarat model' and 'Sabka Saath Sabka Vikas'. 2019 election was untamed and unabashed Hindutva. The ruling party crossed certain lines which were not to be seen post-Babri Masjid demolition.

Most politicians, accused in the demolition row, went on to enjoy successful careers but none of them was charged under terror laws. The Ayodhya agitation remained a matter of faith and criminal cases revolved around the issue of law and order. Meanwhile, Pragya Singh was charged under terror laws and even then BJP gave her the ticket. The idea was to send a clear message that  BJP’s first commitment remains the idea of undivided Hindu vote. It is for this reason, BJP by giving a ticket to Pragya Singh Thakur crossed the Rubicon where the idea of Hindu victimhood was enshrined on Pragya's living body.

This a big change from Vajpayee’s politics which looked for moderation once BJP acquired power. Throughout elections, BJP ensured that core voter remains mobilised on Hindutva even if a section of the middle class feels alienated. The question is whether mobilisation on the line of hard Hindutva ends up creating a stronger counter mobilisation or not? If the former stays strong then, BJP will be unaffected in Uttar Pradesh and if latter is the truth then BJP’s number, overall, will come down substantially in Lok Sabha.

For Modi or Against Modi but Only Modi

This is the first election which, in a small way, mimics 1989 election when Congress projected Rajiv Gandhi as the tallest leader and every other Opposition leader as an opportunist who by coming together wanted to defeat Congress party.

Well, Congress lost the election and rest remains history. The fact is that this election has only revolved around Prime Minister Narendra Modi. Even the major Opposition party, Congress, has not once said that Rahul Gandhi is the Prime Ministerial candidate. In almost all the interview, he has given, Rahul Gandhi has only spoken about ways to stop Modi but not once, he or his party has claimed that they have the capacity to cross 200 plus seats. The best bet for the Congress is to break into triple digits and ensure that Modi does not become the Prime Minister. The bottom line of the political discourse through the month has been that you can love Modi or hate Modi, but you cannot ignore Modi. So, people will either vote for Modi or against Modi, but he remains the cornerstone of the discourse.

Many political pundits ignore this aspect of politics. Generally, the focus remains on constituencies which a party can win. BJP, like Congress in past, has focused on constituencies it has not won before and has drawn a list of 150 such seats. Not only BJP has focused on the non-traditional seats, but it has also doubled its efforts in non-traditional areas like Kerala, West Bengal and Odisha, this time around. In case, BJP gets a simple majority on its own, the performance in these areas would require closer examination.

Congress president Rahul Gandhi too made an attempt to repeat the same in 2012 assembly elections in Uttar Pradesh by identifying tough seats but failed for the lack of clear leadership in the state. Congress has failed to reinvent its self in states which it has lost to regional parties. The latest example is that of Telangana and Andhra Pradesh. BJP, on the other hand, has organisationally expanded into unchartered waters like North East and swept states like Tripura and Assam

She was the surprise package and help for much occupied Rahul Gandhi. It is difficult to say as to how much impact she has had on the electorate, but she definitely chewed into the media space of BJP. My personal opinion is that her campaign had no impact in the Eastern Uttar Pradesh, but she did provide much-required publicity to the Congress Party. She was able to enthuse party workers in Uttar Pradesh and create a positive during her campaign. In fact, she generated more publicity than Rahul Gandhi during her tours in Uttar Pradesh.

After two long decades, agriculture as an electoral issue is back on the drawing table. From 1991 onwards, agriculture faded away from active public discourse with the emerging middle class and economic liberalisation. Even the tag lines reflected the new mood which ranged from Shining India to 'Congress ka Hath Aam Aadmi Ke Saath' to 'Singh is King' to 'Sabka Saath Sabka Vikas'. After shocking defeat in Chhattisgarh, Madhya Pradesh and Rajasthan, BJP had to go back to the drawing room and ended up announcing massive subsidies to counter Congress whose campaign was only around waiver of farmers debt. It led to a large number of editorials being written on the farming community and new policy, required to end the agricultural crisis.

For the first time after 1996, regional parties can play a big role in making of the new government. In likely hood, NDA++ is expected to form the government but regional players will have a strong say. DMK, TMC, YSRCP, TRS, BJD and SP-BSP alliance will play an important role in the formation of the government in New Delhi. SP-BSP can be a deal breaker and YSRCP and TRS may end up providing oxygen to NDA, if it falls short of majority though, as of now, TRS is campaigning for a Federal Front.

This list can grow if BJD also decides to support BJP but the fact remains that regional parties will have a lot say in this election.