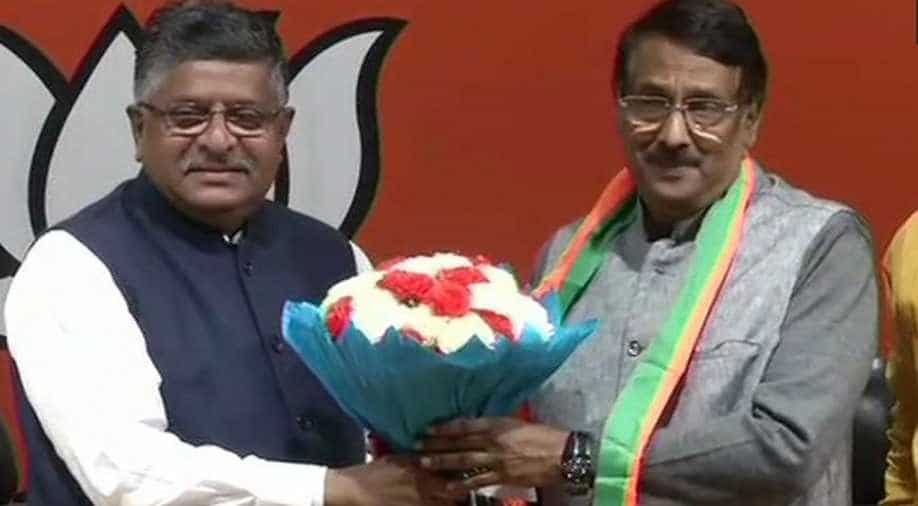 There are broadly three categories of political migrants during the election season.

There are broadly three categories of political migrants during the election season. The first comprises leaders that have been denied tickets by their respective parties and thus switch over to a rival camp which offers them the chance to contest. The second has leaders who have been long-time rebels waiting for the right occasion to jump ship. The third group consists of politicians that latch on to current developments other than purely political as a reason to leave their parties, even though politics remains a consideration.

In the present context, the first classification would feature a host of figures from all sides — for instance, sitting BJP Member of Parliament Shyama Charan Gupta, who crossed over to the Samajwadi Party after he realised that he would not get the ticket from the Bharatiya Janata Party. The second group has the likes of Kirti Azad, who for months as a sitting MP from the BJP, had criticised the party and its leadership on a variety of issues; and ‘Jay’ Panda, who came over to the BJP from the Biju Janata Dal after spending several months condemning his original party while remaining there.

Prominent in the third category is Tom Vadakkan, until recently a senior Congress leader, a one-time aide to Sonia Gandhi and vociferous supporter of the dynasty. He recently joined the BJP, saying he had been deeply upset by the Congress’s response to the Pulwama attack and the air strikes which were conducted inside Pakistani territory. This group also boasts of politicians from the Trinamool Congress who have migrated to the BJP, angry with West Bengal chief minister and Trinamool supremo Mamata Banerjee over her politics and the manner she has responded to issues of national security.

But there is a fourth classification too, which is unique in the sense that, so far, there is only one person in this list. A few days ago, senior Janata Dal (Secular) leader Danish Ali quit his party and joined the Bahujan Samaj Party. What makes the switchover stand out is his claim that he had the blessing of the senior-most JD (S) leaders, HD Deve Gowda and Karnataka Chief Minister HD Kumaraswamy, for his action. It is difficult to digest this contention, not just because it is unbelievable that the leadership of a party he quits would consent to his joining a different party.

Kumaraswamy’s remark that Danish Ali’s move was a “thoughtful political decision taken by JD (S) and BSP to win more seats in the Lok Sabha election” must be taken with a pinch of salt.

Only a few weeks ago, the BSP had pulled out of the coalition regime in Karnataka led by the JD(S), causing embarrassment to the JD(S). How will it help the party if Danish Ali works to expand the BSP’s based in the state where the JD(S) is already struggling to keep the alliance with the Congress going? As JD(S) leader, Danish Ali had played a significant role in getting his party and the Congress together to foil the BJP’s chances of forming a government in Karnataka after the last election had resulted in a hung Assembly. Only days before he announced his departure from the JD(S), he had met Congress president Rahul Gandhi to sort out the alliance frictions.

The fact is that, despite these optics, Danish Ali had begun to nurse misgivings about the Congress. He must have been as frustrated as the senior JD(S) leadership with the conduct of the senior alliance partner. HD Kumaraswamy may have reconciled to drinking the “poison” of the alliance, but Danish Ali perhaps felt choked enough to not endure the situation any further. His decision to join the BSP was more out of compulsion than choice. He could obviously not go to the Congress, and he would have been a misfit in the BJP. The Samajwadi Party had even a smaller presence in Karnataka than the BSP. Moreover, unlike the BSP, the SP was more inclined in favour of Congress.

It is being said by him and his supporters that the development should be seen as Danish Ali’s attempt to strengthen the hands of anti-Narendra Modi forces. It is difficult to understand this line of reasoning. He brings nothing on the table for the BSP in Karnataka, not to speak of Uttar Pradesh. He is a lightweight politician in any case, and for BSP chief Mayawati, he would have mere optical value. It is possible that Danish Ali is now looking for a new place of work — Uttar Pradesh, which he has suddenly remembered is his birthplace. There is speculation that the BSP could offer him the ticket from one of the ’safer’ constituencies in the state, possibly Amroha. If that is the case, it more honestly explains Danish Ali’s decision.