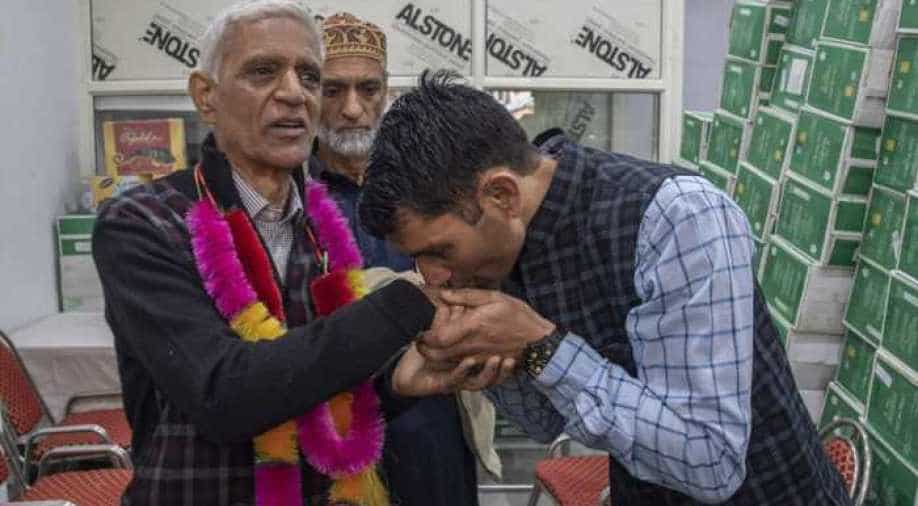 The unfortunate truth is that by ignoring the plight of the Kashmiri Pandits, the issue morphed from one about Kashmir per se to one with religious and nationalistic overtones.

For them, this parliamentary measure has taken a long time coming and is a redressal for the injustice done to them. Their being driven out of their homes overnight, the loss of family, property and livelihoods remains a festering open wound that continues to debilitate them. Past discussions on Kashmir have not always spoken about their losses and the need for restitution.

So, undoubtedly, the Kashmiri Pandits have a reason to rejoice. But why are other Indians rejoicing? It surely is not for the good fortune that is knocking on the Kashmiri Pandit’s door. I know this for a fact because the torrent of messages flooding social media on the abrogation of Article 370 do not mention Kashmiri Pandits. What they do mention is praise for Narendra Modi and Amit Shah; they mock Naseeruddin Shah and Owaisi, they speak about ‘Akhand Bharat’, they denigrate Nehru and the Congress and the Abdullahs. But nothing suggests a shared happiness for the Kashmiri Pandits.

Interestingly, many believe the BJP government’s move is also a salute to the soldiers killed in Kashmir. It is only the Kashmiri Pandits who remain clear on the reason for celebrations - an opportunity to return home.

From the ensuing news, debate and analysis on the BJP government’s move on Kashmir, one sees a four-way split in the country. A section of India, marked as pseudo-intellectuals and anti-national, worry about the unconstitutionality of the government’s decision and it’s repercussions. Another section - the Muslims in Kashmir - worry about their status, the Kashmiri Pandits rejoice, and finally, there are those who celebrate the move as a decisive step towards consolidating the country - towards the Hindutva dream of an Akhand Bharat - while undoing the perceived outrages of the past.

The unfortunate truth is that by ignoring the plight of the Kashmiri Pandits, the issue morphed from one about Kashmir per se to one with religious and nationalistic overtones.

One needs to ask whether the pain of the Kashmiri Pandits is being abused to further an agenda. One can see similarities between abrogation of Article 370 and the Triple Talaq Bill. In both instances, the BJP government argued that they were trying to enhance the status of people.

In the instance of the Triple Talaq, known as the Muslim Women (Protection of Rights on Marriage) Bill, PM Modi tweeted “An archaic and medieval practice has finally been confined to the dustbin of history! Parliament abolishes triple talaq and corrects a historical wrong done to Muslim women. This is a victory of gender justice and will further equality in society. India rejoices today!”

While in the instance of Article 370, he tweeted “People of Jammu, Kashmir and Ladakh would be proud that MPs overcame differences and discussed the future of these regions as well as ensuring peace, progress and prosperity there......’

In each of these two instances, the focus is supposedly on ameliorating a narrow issue. Truth be told, discrimination against women is not the sole proprietorship of one religion - Islam- especially in India. If the BJP was really interested in gender justice, they would have focused on Indian women. But by claiming a victory for women with the passage of the talaq bill, they have used morality to couch their insidiousness. The BJP applied the same ethically mutant method to obfuscate their intentions with the passage of the bill abrogating Article 370. They claim it is for the benefit of the people of Jammu and Kashmir, but their supporters cannot help but crow the truth.

Would it be remiss to ask whether the BJP and their supporters would be applying the same empathy for the victims in Myanmar, Israel and China too? Do farmers and tribals in India who have lost their land and livelihood to big projects hope their government will use the parliamentary process to return their land to them?

Of course in a democracy, not everybody can be given what they want and therefore not everyone can be made happy. But democracy is supposed to be the promise of a leadership implementing an open and fair process where the opportunity for happiness does not necessitate another’ unhappiness or fear.  This is how the colour of happiness begins to change.