India's batting coach: Vikram Rathour over Sanjay Bangar might be unanimous, but it's not straightforward It can be argued that since Bangar, Arun and Sridhar all came on board together in 2014, under Shastri, why weren’t the other two assistant coaches removed from their roles?

Around the time that news broke from inside the corridors of the BCCI headquarters in Mumbai that Sanjay Bangar had all but lost his position of batting coach of the Indian cricket team, visuals of Bangar on the balcony at the Sir Vivian Richards Stadium at North Sound, Antigua were shown during the first Test against West Indies.

The former India allrounder sat between Bharat Arun and Ravi Shastri, India’s bowling coach and head coach respectively, each of whom have kept their jobs. Standing next to Shastri was India skipper Virat Kohli.

It is now known whether Bangar – who also serves as India’s assistant coach – knew at the time that he was, in all probability, out of a job come the end of India’s tour of the West Indies next month. The BCCI selection committee had unanimously chosen former India Test opener and national selector Vikram Rathour as the next batting coach of the national team. Only formalities remain to confirm Rathour, 50, as the man to coach India’s batsmen from the home series against South Africa in September until the 2021 ICC T20 World Cup.

Arun aside, the other specialist coach in the Indian team setup, fielding coach R Sridhar, also had his contract renewed for two years on Thursday.

That means that only Bangar lost his job.

When asked by reporters in Mumbai why Bangar, who has been with the Indian team as batting coach since 2014, when he joined Shastri, Arun and Sridhar in a clean-up job by the BCCI, the chief selector MSK Prasad did not provide a specific reason.

“In the last five years, there is definitely some amount of improvement. Looking ahead, with the Test Championship coming up and two T20 World Cups, we thought that there should be freshness in the department. That’s the reason why we went ahead with Vikram Rathour as first choice,” he said.

The obvious question is, was Bangar made the scapegoat for India’s batting frailties during the 2019 World Cup, which culminated in defeat to New Zealand in the semi-final?

The “freshness” in the batting theory, which Prasad touched upon but did not elaborate on, will not set well with everyone. Such decisions rarely do.

It can be argued that since Bangar, Arun and Sridhar all came on board together in 2014, under Shastri, why weren’t the other two assistant coaches removed from their roles?

CricketCountry has learnt that the decision to replace Bangar was taken because the selectors were in agreement that a new pair of eyes were needed on India’s current crop of batsmen. With regards to Arun, the overall feeling was that the rise of India’s fast bowlers since he took over as bowling coach augured extremely well and that relationship should be continued with. Indeed, there has never been a pace pool like Jasprit Bumrah, Bhuvneshwar Kumar, Ishant Sharma, Mohammed Shami and Umesh Yadav all in the same squad, and the success of these bowlers has helped India become No 1 in Tests.

India’s bowling unit is apparently closer to Arun than the batsmen are to Bangar, and there is a view within the management that coaching bowlers is more technical than coaching batsmen. Hence the decision to continue with the same rhythm in place.

In regards to Sridhar’s reappointment, the rising standards of India’s fielding – even though the team’s slip cordon in Tests has issues still – merited his continuation.

As it stands, India’s support staff will be finalised by the end of August but the catch is that Rathour has to declare any cases of a conflict of interest, otherwise Bangar will be re-appointed.

Rathour, who averaged 13.10 from six Tests and 49.66 from 146 first-class matches, had earlier this year been recommended to the BCCI by Rahul Dravid, the coach of India A and India Under-19s, who wanted the former Punjab batsman and qualified coach on board as a batting coach.

In February, Rathour was named as the batting coach of India A and U-19 teams and then in May, was roped in as the head coach of India A. But on both occasions, his appointment was cancelled by the Committee of Administrators (CoA) after the acting BCCI secretary Amitabh Choudhary sent a note of dissent citing the conflict of interest.

Rathour is the brother-in-law of Aashish Kapoor, the former India offspinner currently serving as chairman of India’s junior selection committee, and a cousin of Anurag Thakur, the former BCCI president and the Himachal Pradesh Cricket Association president. Rathour, after his Punjab career ended, played for Himachal Pradesh.

It is learnt that Rathour’s case was apparently pushed by for Anurag Thakur, because on paper the former India opener’s CV does not make for impressing reading even though he is a qualified coach. On Thursday, the BCCI CEO Rahul Johri dismissed any conflict of interest claims, as you would expect him to.

As with Indian cricket, nothing is straightforward and the fate of Bangar and Rathour is not decided.

For now, keep an eye on Bangar if you spot him on TV again during the ongoing Test series. 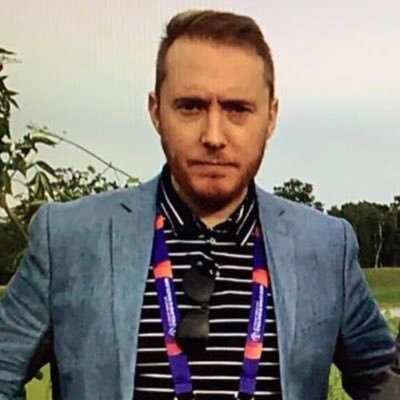