David Warner's redemption tale is one for the ages 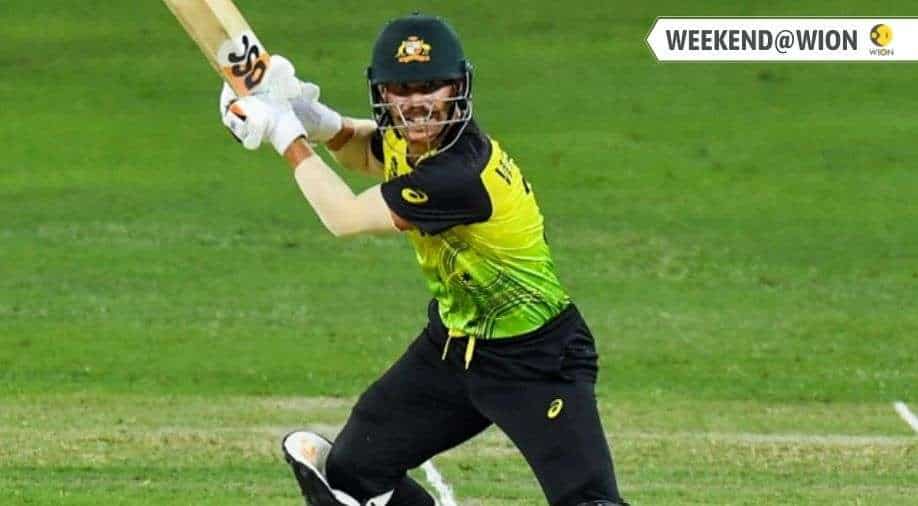 From being left hanging to dry by his IPL franchise, David Warner scripted a fairytale redemption as he stood with the T20 World Cup trophy and the Player of the Tournament award in a matter of few days at the same Dubai Stadium where his duck had marked the start of his worst ever IPL phase in September.

Redemption is not easy, but not if you are David Warner. A force to reckon with in T20 cricket, the Australian southpaw has proved time and again he is one of the best the format has ever seen. No stranger to adversities, Warner faced yet another one this year and came out of it all guns blazing to turn things around in a matter of days.

Let's go back a few weeks, it's the start of Sunrisers Hyderabad's campaign in the second leg of IPL 2021. The margin of error is nil as Kane Williamson & Co. need to win at least six of the remaining seven matches to stand a chance at qualifying for the playoffs. They open their campaign against Delhi Capitals with David Warner opening the batting.

Three balls into the game and Warner is gone for a duck at the Dubai Stadium. Disappointed but not shattered, Warner heads back to the dressing room without the slightest of ideas that he is all set to endure the worst phase of his IPL career. Sacked as captain earlier in the season, Warner is dropped from the playing XI for the remainder of the season.

Warner was left hung out to dry as the franchise that he had always given his 200% to made it all but obvious that they were looking beyond him. The treatment dished out to their only title-winning captain appeared unfair to many and could have shaken the confidence of even the best of cricketers around.

But, not David Warner. He had seen tougher times in the past and had come out triumphant each time he was buried down the ground. Another redemption tale was in the making and Warner had a shot at it just days after the conclusion of what was his worst ever IPL as he donned the Aussie jersey in the T20 World Cup 2021.

On November 14, Warner stood with the Player of the Tournament in his hands at the same Dubai Stadium where he had been dismissed on a duck weeks ago and had been dumped out of his beloved IPL side without being given an explanation after playing what seemed to be his last game for Sunrisers Hyderabad. Warner was elated but he always knew his chance would come and that he had to make the most of it.

Warner admitted he 'trained the hardest' and didn't miss even a single batting session in the nets during the T20 World Cup as he went on to script a redemption tale from ages.

The same stands in the UAE from where he once cheered for SRH after being deemed not deserving to make it to their playing XI, became his dumping ground for sixes as life came full circle for the Australian opener, who strongly believes sport is a great leveller and there will always be a second chance if you work the hardest. 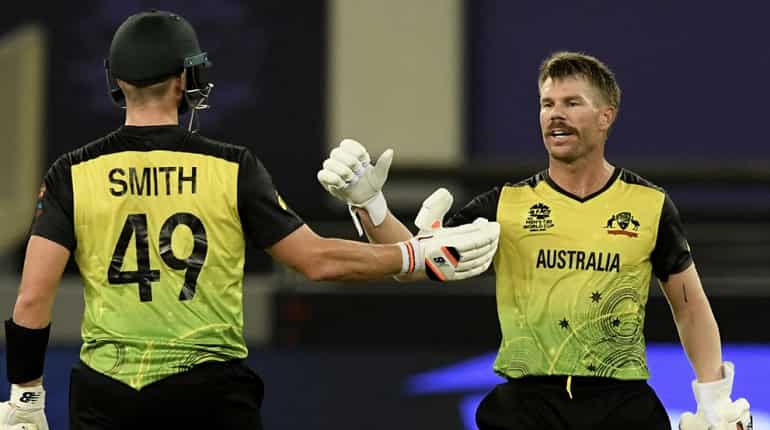 289 runs in seven matches including a match-winning half-century in the final meant, Warner not only powered Australia to their maiden T20 World Cup crown but ensured he had responded to his critics and did it in style. Unfortunately for Warner, not many of those critics were outside the SRH dressing room but with a smile on his face and the willow in his hand, he had answered them all.

Australian captain Aaron Finch didn't mince his words when he was flooded with questions about what had been an incredible comeback from Warner. Finch never once doubted that Warner's IPL woes would hamper his performances in the T20 World Cup, considering the pedigree of the southpaw, who has over the years established himself as one of the most prolific run-getters in the shortest format.

Finch, who had an eye of a captain, told reporters he had himself called head coach Justin Langer days ahead of the start of the T20 World Cup to tell him not to worry about Warner. Finch said he knew Warner will have a tournament to remember and what transpired in UAE was nothing short of extraordinary as his trust in his teammate paid huge dividends.

"Without a word of a lie, I promise you, I called Justin Langer a few months ago and said, 'Don't worry about Davey, he'll be Man of the Tournament'," Finch had said. The Australian skipper rightly put it when he said calling Warner out of form was like 'poking a bear'.

From not being able to get into an IPL playing XI, Warner stood with the Player of the Tournament award and a T20 World Cup trophy in a matter of just days. 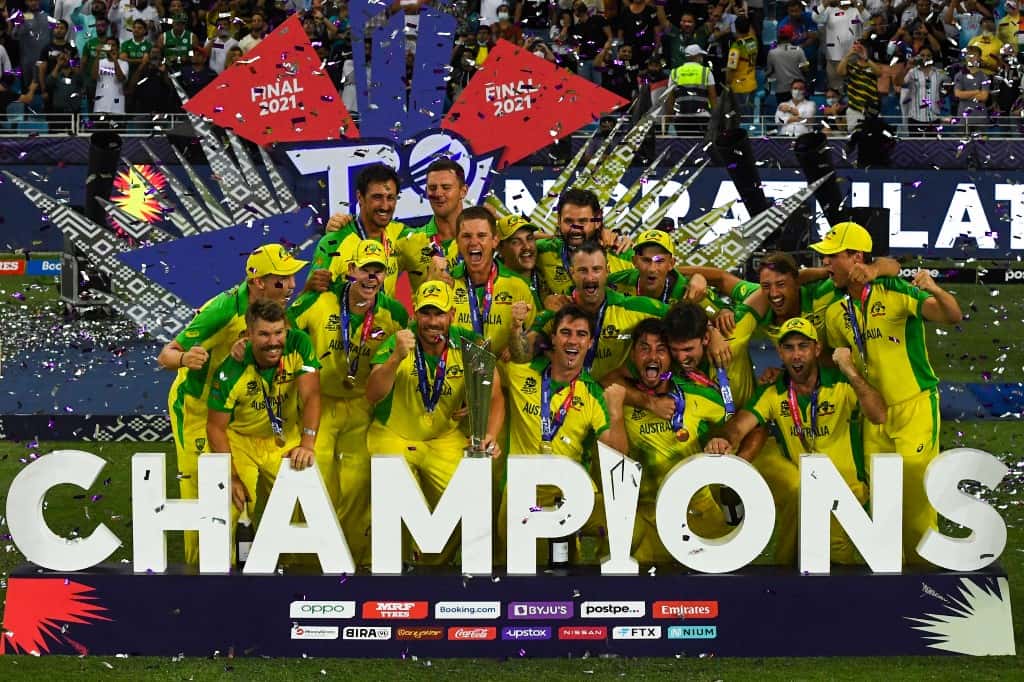 But it wasn't the usual Warner that everyone associates with who turned up in UAE, it was a different side of the superstar batter on display, as he headed into the T20 World Cup with a completely different approach and took it upon him to do the majority of the run-scoring.

Shifting gears when needed and playing out overs from dangerous bowlers, Warner showed incredible maturity, remarkable intent and went about his business like he was coming off one of those dashing IPL campaigns that he is usually known for. He finished as Australia's top scorer in the tournament and was awarded the highest individual honour in what was poetic justice for the Aussie star.

A treatment like the one meted out to Warner by his IPL team could have proven disastrous for even the toughest of characters ahead of an important World Cup but it was just another learning experience for the 35-year-old, who created no fuss and waited for his shot at redemption while respecting his franchise throughout a painful journey on the sidelines.

Warner's redemption tale proves that sport is a great leveller and that fairytales do exist for those who fight for them. 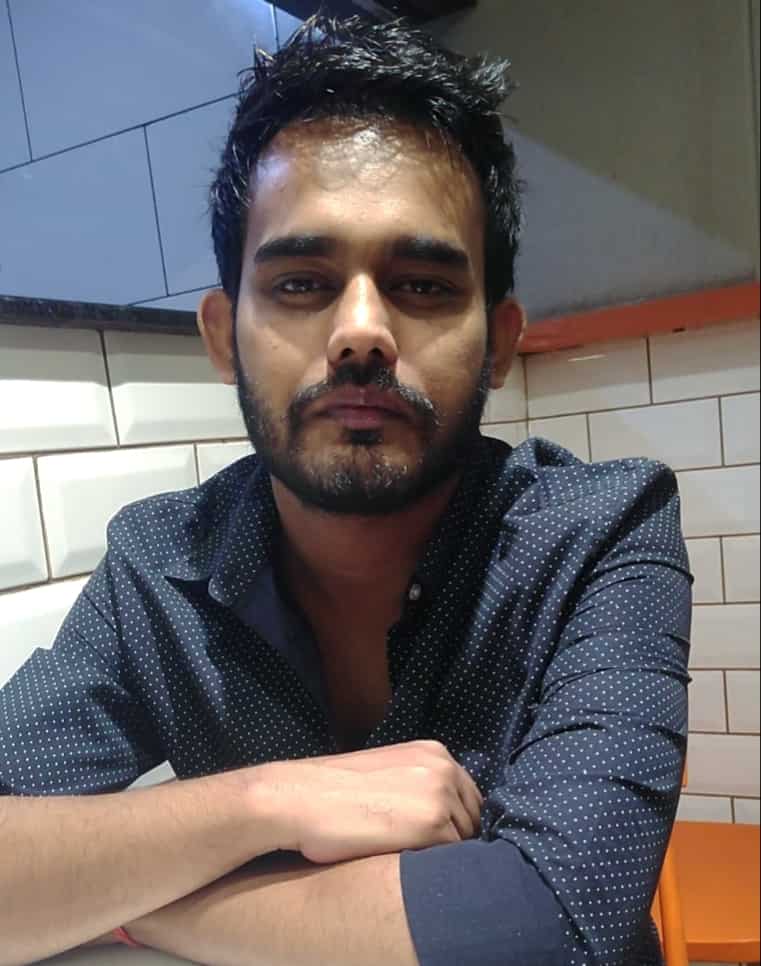