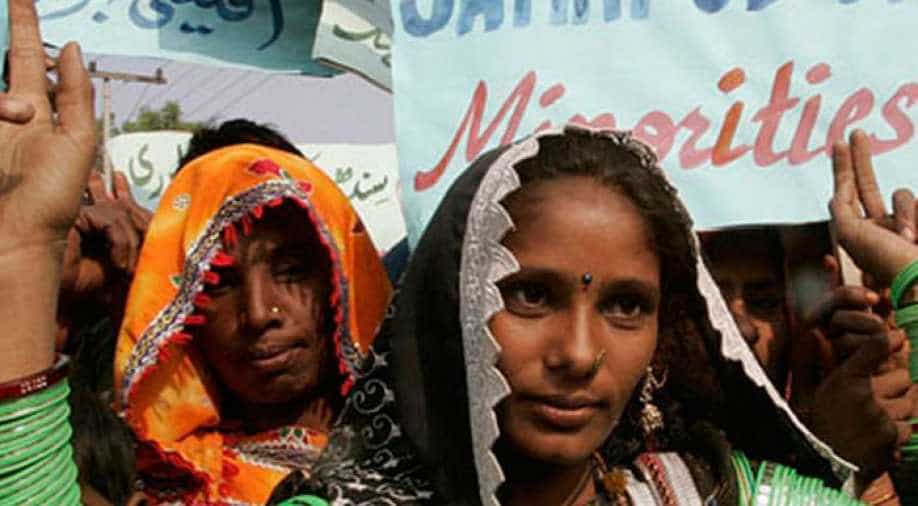 The current bill, from the perspective of RSS, finishes the unresolved business of partition and presents India as a country where Hindus can take refugee without question

The Citizenship Amendment Bill cannot be seen in isolation of current political developments. In the true sense of the word, it reflects a battle of ideology. One side of the spectrum lies between BJP-RSS, and on the other, Congress and other regional parties.

I’m not going to hold any one party on a pedestal but the decision to allow non-Muslim refugees from Bangladesh, Afghanistan and Pakistan will definitely create a different template for the country. BJP’s idea of nation is derived from culture and that too from ancient India. BJP gives primacy to cultural nationalism. Even before BJP's inception, RSS and erstwhile Jan Sangh focused on India as a place for those who believed that India is a motherland. It is a mix modern concept of the nation with civilization. It is for this reason that Akhand Bharat’s picture still dawns the offices of RSS. RSS leaders continue to refer to India as a young country but an old nation.

The current bill from the perspective of RSS finishes the unresolved business of partition and presents India as a country where Hindus can take refugee without question. The bill also includes five other religions including Christianity. The bill strengthens the argument of cultural nationalism as the cornerstone of Indian nationalism. The issue may be new but it is essentially an old debate.

The idea of secularism remains unfinished business in India. Immediately after independence, India’s first Prime Minister Jawahar Lal Nehru developed great reservation on Congress leaders participating in the reconstruction of Somnath temple in Gujarat. Despite his resistance, Congress leaders like Sardal Patel and K M Munshi went ahead and organised funds for its renovation. This debate of the relationship of state with religion did not stem from Jawahar and Patel. It basically stemmed from the pool of leaders who played an important part in framing the Constitution. There was no consensus on the words like secularism and socialism in the Constituent Assembly.

It is for this reason that in the original Constitution, secularism and socialism as words do not exist in the Indian preamble.

Former Indian Prime Minister Indira Gandhi, without debate or consultation, added secularism and socialism in the preamble of the Indian Constitution. She thought that the addition would end the debate on the character of the nation. It did not. The act itself was undemocratic. The words exist in the Constitution but lack consensus in the society. It is for this reason that debate continues to fester and gets reflected in multiple legislations and social-political actions of various parties. It was for this reason the word pseudo-secularism was born in the 1980s.

As mentioned, despite the insertion of the two words secular and socialism, social consensus does not exist in society. India continues to be deeply religious in nature with state actively using symbols of Sanatan Dharma in statecraft and economy-wise we are closer to capitalism than the socialism of Soviet Russia. We today have a capitalist economy with a huge welfare budget.

Even in the absence of the word secular and socialism, the Indian state under the original Constitution took care of minorities. CAB reflects a different political argument. It argues that since partition took place on the basis of religion, the Hindu self-expression cannot be sacrificed as the alter of the western concept of secularism.

Constitutions across the world reflect long-lasting principles of Liberal politics apart from unique social and political origins. They are also a dossier on social and political consensus. Islamic states across the world are the sole exception in this case. In Islamic states, the will of majority becomes a rule for the minority both in social action and through law. The best case in example is Pakistan and Saudi Arabia. The amendment of the Citizenship Bill is part and parcel of the unfinished agenda of what Indian state should be.

The abrogation of Article 370 from Jammu and Kashmir is one such example. The Indian Constitution is unlikely to be changed substantially. What eventually may happen is that the primacy of Hinduism in public life will become a reality. The first act of consolidation took place after the Ayodhya verdict where Hindu sentiments on what constitutes geographical sacredness were acknowledged by the Court.

CAB will be second such event if passed by the Parliament. India will not become a Hindu Rashtra with this amendment, but it will definitely change the rules of the game.

The nation will come closer to the cultural idea of India as the motherland of all Hindus.

Lastly, those in Opposition are also failing to realise how liberal democracies failed to address the issue of immigration and change in power equation which is also central to the idea of NRC and CAB. If implemented fully, it will test the ability of Opposition to take on BJP nationally as the idea of Hinduism as one religion and not an amalgamation of sub-nationalism is growing stronger by the day.