China on back foot as Silk Route hits roadblocks 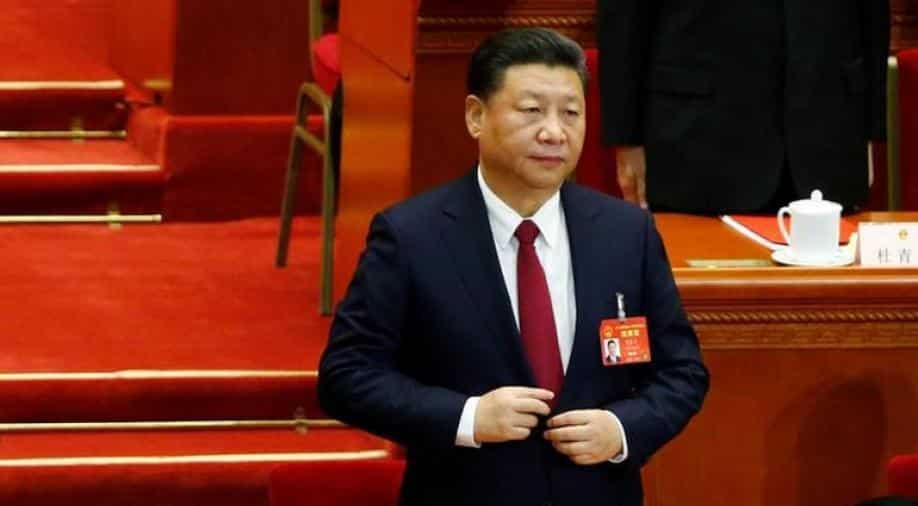 BRI, the modern version of China’s historic Silk Route will shrink in size and scope as the complex geopolitical trade battles with the US play out.

Interpol, the France-based global police agency, is supposed to find missing or wanted people. Last week, to its embarrassment, it said it couldn’t locate its own president, Meng Hongwei, who was on a visit to China. Beijing finally revealed on October 7 that Meng had been detained on arrival. A former Chinese vice-minister, he is being investigated on charges of corruption and has resigned from Interpol.

The incident raises questions about the legitimacy of China’s rise as the world’s pre-eminent superpower, seizing that mantle from the United States. Three other developments could stall China’s rise. First, the trade war with the US which is going badly for Beijing. US Defence Secretary James Mattis’ official visit to China has been called off though Secretary of State Mike Pompeo visited Beijing earlier this week to calm tempers. Washington has meanwhile imposed a second round of tariffs on Chinese exports valued at $200 billion. Since China buys only about a third of what it sells to the US, it has little economic leverage to fight back. The escalating trade war could shave a full percentage point off China’s GDP growth rate in 2018-19.

The second headwind facing China are growing concerns over the viability of its ambitious $500-billion Belt and Road Initiative (BRI). Dubbed China’s ‘new Silk Route’, the BRI is President Xi Jinping’s brainchild. He has invested so much political capital in the BRI that any setback to it could spark domestic opposition to his tenure as president for life.

When Sri Lanka couldn’t repay high-interest Chinese debt for building infrastructure at the Hambantota port, China simply took it over on a 99-year lease. Malaysia was next. Prime Minister Mohamad Mahathir on a visit to China defied protocol to publicly cancel or rework a slew of Chinese infrastructure projects in Malaysia worth $23 billion.

Pakistan soon followed. Over the past week, ministers in the Imran Khan government have complained about the high-cost debt of projects under the $60 billion China Pakistan Economic Corridor (CPEC), which is a key component of the BRI. Islamabad directed its ire at China’s investment of $8.2 billion to upgrade a railway line from Karachi to Peshawar. Railways Minister Sheikh Rasheed Ahmad said the cost of the project is being cut to $6.2 billion and will later be reduced further to $4.2 billion — half its original value.

For a while, Pakistan’s new government toyed with the idea of inviting cash-rich Saudi Arabia as the third partner in CPEC. Annoyed, Beijing shot the proposal down. It wants the BRI and its cogs like the CPEC to be Chinese-funded, Chinese-owned and Chinese-run. The Pakistani government backed down and said Saudi Arabia would only be involved as a contractor for specific ancillary projects within the CPEC.

With Pakistan’s economy in a shambles, Islamabad is in a bind. It needs China’s funds but has realised that it is rapidly sinking into a debt trap. Other Asian countries are waking up to the threat as well. Myanmar has slashed the cost of its proposed China-funded Kyaukpyu port from $7.3 billion to $1.3 billion. Bangladesh too is downsizing — or cancelling — BRI projects.

In Europe, where Xi Jinping went on a charm offensive, Hungary and other EU countries are developing cold feet over the BRI’s inflated infrastructure costs and high-interest debt. In Africa too, where China is investing heavily, countries like Tanzania are cancelling or resizing BRI projects.

The third factor stalling China’s rise lies closer to home. With the Chinese economy cooling and GDP growth slowing, local infrastructure projects are running ahead of demand. As The Economist recently pointed out, “The infrastructure boom (in China) has lost steam this year. After expanding at a double digit pace for much of the past three decades, investment in it has slowed sharply. Since May, spending on projects ranging from railways to power plants has fallen compared with a year earlier, the longest weak patch on record.”

All this doesn’t mean the BRI is doomed. It will continue to be China’s most ambitious geo-economic initiative, linking the country to the world with a series of interlocking infrastructure projects. But this modern version of China’s historic Silk Route will shrink in size and scope as the complex geopolitical trade battles with the US play out.

India has long opposed the BRI because its CPEC component violates Indian sovereignty in Pakistan-occupied Kashmir (PoK). India watched closely as Washington snubbed Beijing recently by selling arms to Taiwan worth over $330 million. A near-clash last week between a US destroyer and a Chinese warship just beyond the 12 nautical mile exclusion zone off the Spratly islands claimed by Beijing underscores Washington’s determination to not cede ground to China as hegemon of the South China Sea.

Beijing, meanwhile, continues to veto the designation by the United Nations of Jaish-e-Mohammad chief Masood Azhar as a global terrorist. It continues to block India’s membership of the Nuclear Suppliers Group (NSG). Both reveal Beijing’s mala fide intent. But with the global tide turning against it across multiple fronts, China has been pushed on to the back foot. Will that help change its behaviour? Unlikely.

The detention of Interpol’s ex-president Meng Hongwei shows that Beijing continues to behave as a law unto itself.