Change of regime in Sri Lanka: Implications for India-Lanka relations 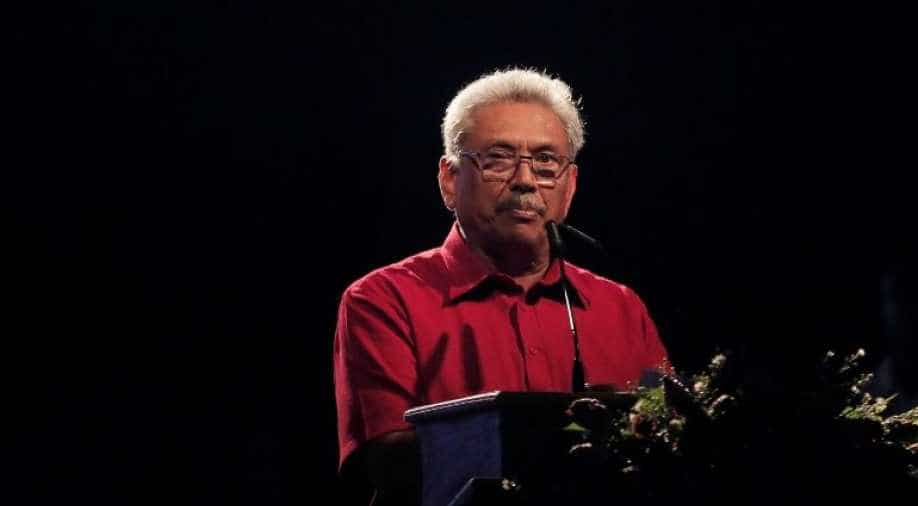 The sceptical question being asked is: Will Sri Lanka go the China-way once again, and do so at India’s cost?

The newly elected President of Sri Lanka, Gotabaya Rajapaksa, is scheduled to visit India on November 29; this would be his first overseas visit after winning the Presidential elections held on November 18, defeating his UNP rival Sujitha Premdasa comfortably. He is the younger brother of former President Mahinda Rajapaksa (2005-15) under whom he had served as Defence Secretary and played his own role in putting an end to prolonged civil war by neutralising the Liberation Tigers of Tamil Eelam (LTTE)  in 2009.

The election of Gotabaya as President and the possibility of Mahinda Rajapaksa returning to power as Prime Minister has rung alarm bells amongst a section of foreign policy analysts in India on a possible adverse impact on India-Sri Lanka relations. Going by the track record of Rajapaksas, their apprehensions are not fully unjustified for a variety of reasons.

To recapitulate briefly, India’s relations with Sri Lanka during the later part of  Mahinda Rajapaksa’s second tenure had witnessed a significant set-back. Though India had extended tacit support to Rajapaksa during his war against the LTTE, it decided to support the US-sponsored   Resolutions in 2012 and 2013 criticising Mahinda Rajapaksa’s government for not taking enough steps to ensure accountability for the alleged violations of human rights, particularly during the last phase of the war against the LTTE. India’s decision apparently did not go well with Mahinda Rajapaksa and he used it as a pretext to turn his economic and security policies China-centric, often ignoring India’s sensitivities. It was thus during his regime that China was able to make deep inroads into Sri Lanka.

Several infrastructure development projects awarded to China by Mahinda Rajapaksa included some such projects as Hambantota Port and Colombo Port City, which posed a challenge for India from the perspective of its security concerns in the Indian Ocean. Defying India’s sensitivities, Sri Lanka allowed the Chinese submarines to dock at the Colombo Port. China on its part was liberal in extending loans as well as political support to defend Sri Lanka in its international censure over the alleged violations of human rights during the war against LTTE.

The change of regime in Sri Lanka in 2015 applied brakes and to some extent reversed the pro-China thrust in Sri Lanka’s foreign policy. President Maithripala Sirisena ordered a review of projects awarded to China and was quick in the reset of relations with India. Mahinda Rajapaksa accused India of interference by its intelligence agencies to influence the outcome of election results to ensure his defeat. Gotabaya Rajapaksa has also been critical of India and has accused it of exerting too much influence in Sri Lanka’s internal affairs.

Against this backdrop, the sceptical question being asked is: Will Sri Lanka go the China-way once again, and do so at India’s cost?

By available indications, the history this time may perhaps not repeat itself for at least two or three reasons. First of all, there is a widespread realisation in Sri Lanka on the pitfalls of China’s debt trap, which has already resulted in handing over of the Hambantota Port to China on 99 years lease, being unable to pay off the loans. Sri Lanka must, therefore, tread with caution. Further, Gotabaya Rajapaksa does not enjoy the confidence of minorities, including Sri Lankan Tamils, who are believed to have voted against him; this is one factor which may influence his approach towards India. And finally, India also appears to have proceeded more judiciously and pro-actively in conveying the right messages. It is apparent that India had not ruled out the possibility of Rajapaksas returning to power and had thus been engaging the senior Rajapaksa for some time. Within a span of six months (after his election as Leader of Opposition) Mahinda Rajapaksa visited India twice ( September’ 18/ February’19) when he, besides others also met PM Modi. Modi was quick in felicitating Gotabaya on his election and conveying that he was looking forward to “working closely with you for deepening the close and fraternal ties between our two countries and citizens, and for peace, prosperity as well as security in our region”. Gotabaya reciprocated promptly and accepted the invitation to visit India. PM Modi was also quick in despatching his Foreign Minister to Colombo and he was the first high-level foreign dignitary to meet the newly elected President.

The note must also be taken of the post-election public statements by Gotabaya wherein he has given the impression that Sri Lanka would remain neutral in the regional power struggle and maintain equidistance from India and China; in other words, Sri Lanka will engage both India and China.

Times are changing. Pragmatism would dictate that despite symbiotic relations, India can no longer expect the immediate neighbourhood to remain as an exclusive sphere of its influence; this applies as much to Sri Lanka as to Nepal, Maldives and others. The push to keep China at bay and not fall in its debt trap must come from within the region, while India should continue to engage the region in mutual interests of ensuring peace and tranquillity and securing development and prosperity in the region. India at the same time reserves the right to react and intervene if and when a member in the neighbourhood acts in a manner which has implications for India’s security and strategic interests.

It remains to be seen as to how Sri Lanka will behave in the coming years. However, the beginning of a new chapter in India-Sri Lanka relations appears to have been made on a good note and the forthcoming visit of President Gotabaya may hopefully lead to an explicit understanding that Sri Lanka will remain sensitive to India’s sensitivities while engaging with third countries.