Can Saudi Arabia and Iran get along? 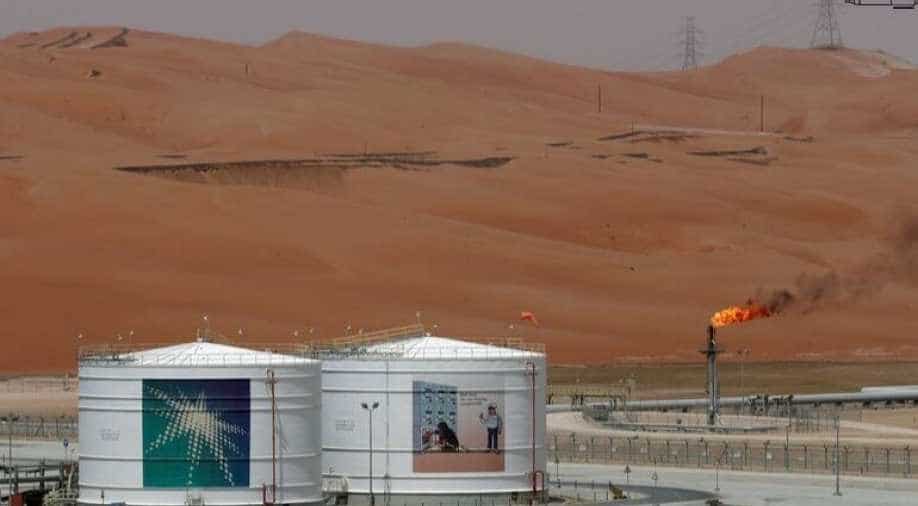 Saudi and Iranian leaders, in a gleam of hope that the two countries may be inching towards one another, expressed an interest in resolving issues politically rather than militarily.

Fears of a potential military conflict with Iran may have opened the door to a Saudi-Iranian dialogue against the backdrop of a rethink of US military logistics, involving at least a gradual partial relocation to the United States of command and control operations based in the Gulf for almost four decades.

The relocation does not necessarily signal a reduced US commitment to the defence of the strategic energy-rich region even if it comes amid Gulf suspicions that the United States is gradually withdrawing from the Middle East.

Nonetheless, the move, officially intended to reduce the vulnerability of US military assets to a potential Iranian strike without decreasing the United States’ operational capability, is bolstering a rethink in capitals across Eurasia, including Moscow, Beijing, Tokyo, New Delhi, Abu Dhabi and Riyadh about possible alternative, more collective and multilateral security arrangements in the Gulf.

The arrangements would involve the Gulf states, Russia, China, the US, the European Union and India as well as other stakeholders, a likely reference to Iran. By necessity, it would require a lowering of tension in the region and a degree of accommodation between Saudi Arabia and Iran.

Chinese foreign minister Wang Yi urged Gulf states “To establish a platform for dialogue and consultation” in which countries from outside the region would play a role in maintaining security in the region."

Wang was speaking days after Iranian President Hassan Rouhani proposed a security arrangement that would be limited to countries in the region.

In a variation on the theme, Narayanappa Janardhan, a prominent Indian Gulf researcher at the United Arab Emirates’ Emirates Diplomatic Academy, suggested that a new regional security architecture should be Asian-led.

US President Donald J Trump’s transactional approach towards foreign and defence policies in which countries are expected to shoulder their fair burden and pay for US defense services coupled with the president’s long-standing assertion that China and others dependent on energy supplies from the Gulf are free-riding beneficiaries of the US defence umbrella and his withdrawal early in his presidency from the Trans-Pacific Partnership, a regional trade pact, has sparked doubts across Asia about the wisdom of depending on the United States for energy security.

In a sense, the Gulf states and Asian nations are in a bind. The United States may no longer be reliable but despite the various calls for a new security arrangement few realistically see an alternative.

“Having just spent three days in Moscow, I’m convinced the Russians haven’t the faintest clue how to operate any architecture in the Gulf...let alone a security architecture,” tweeted Gulf scholar Michael Stephens.

Concern that military retaliation for last month’s attacks on two key Saudi oil facilities would spark a regional war has sparked a flurry of diplomatic activity and a search for non-military responses as the United States and Saudi Arabia point the finger of responsibility at Iran.

Iran has warned that military retaliation by the United States or the Kingdom would spark a war that would spread to the Gulf, including Iranian targeting of installations in the region.

Trump’s cautious reaction to the attacks coupled with Saudi Crown Prince Mohammed bin Salman’s stated preference for a non-military response constitutes the latest developments in recent months that have opened the door to the Chinese-backed Russian proposal for a collective security arrangement that would reduce US influence in the region.

Saudi and Iranian leaders, in a gleam of hope that the two countries may be inching towards one another, expressed an interest in resolving issues politically rather than militarily.

“The political and peaceful solution is much better than the military one,” Prince Mohammed told CBS News when asked about a possible military response to the attacks on the kingdom’s oil assets.

Iranian parliament speaker Ali Larijani responded saying: "The doors of Iran are open. A Saudi-Iranian dialogue can solve many of the region's security and political problems."

In a further hopeful development, Saudi Arabia was reported to be considering a partial ceasefire in Yemen. Earlier, the Houthis declared a unilateral halt to the fighting. Larijani said Iran was advising the Houthis to accept whatever ceasefire was on offer.

At the same time, Iraq suggested that it had established a backchannel between Riyadh and Tehran.

"The Saudis have conditions before the negotiations process starts and the same with Iranians. We have liaised these conditions to each side. It is not an easy task to get together two opposite sides in terms of their ideology, sect and their alliances in the region," said Abbas al-Hasnawi, an official in the office of Iraqi prime minister Adel Abdul Mahdi.

"Saudi Arabia’s conditions are that Iran minimises its role in Yemen and Syria and stop supporting armed groups such as the Houthis. It also asks the Syrian regime to solve its problems with the Syrian opposition groups, and to write a constitution for Syria with all parties agreeing on it," the official said.

"If there will be a potential deal in the region that includes Yemen, Syria and Iraq, the Americans have no problem with that," Hasnawi added.

While there is every reason to be sceptical despite the noise that Saudi Arabia and Iran are anywhere near resolving their differences, talk of dialogue and calls for a Yemen ceasefire suggest that Iran’s strategy of strategic escalation may be producing results.

Iran moved earlier this year away from its initial strategic patience response to the US withdrawal from the 2015 international agreement curbing the Islamic republic’s nuclear program to a strategy of gradual escalation.

Escalation tactics include a step-by-step breaching of the agreement and a more aggressive asymmetric military posture involving the seizing of a British vessel that was released last week, alleged attacks on tankers off the coast of the UAE, and allegedly the attacks on the Saudi oil facilities.