Can Priyanka Gandhi make a difference in Uttar Pradesh? 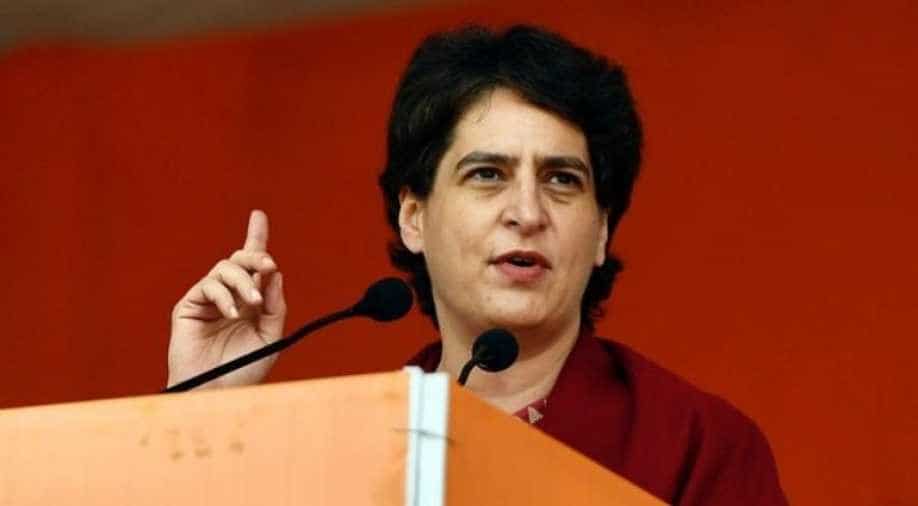 Priyanka Gandhi cannot be an eye-grabber all the time. Jharkhand and Chhattisgarh have shown that silent campaign works well.

Can Priyanka Gandhi Vadra make a difference to Congress Party in Uttar Pradesh? Going by the value of her party in the state, it looks like an impossible task. Congress does not have workers, regional leaders, cadre and a proper cause which can bring different communities together during an election.

Congress has a depleted vote bank and fractured leadership which is divided into different factions. The present support which Congress lent to CAA may get temporary publicity, but the cause may not help it electorally for the simple reason that Muslims may decide to vote for Samajwadi Party (SP) once again during assembly elections. On the other hand, Congress will have to deal with BJP which might gain because of reverse polarisation.

Priyanka’s own late campaign during Lok Sabha elections was a political disaster in 2019. Her entry instead of delivering a hit, turned into a colossal flop. Congress even lost Amethi, a bastion of the Gandhi family. Technically, Priyanka Gandhi has inherited nothing from the Congress Party or her own brother Rahul Gandhi who experimented thrice in Uttar Pradesh.

The point I’m trying to make is that Priyanka Gandhi is virtually starting with scratch. The only thing she today possesses is her conviction and courage which can be lost to prevailing circumstances. Nonetheless, Priyanka has made all the right noises after Lok Sabha debacle that too on her own strength. The credit must be given to Priyanka Gandhi that she did not give up on Uttar Pradesh.

The state is deeply divided on caste and religion. Even during CAA protest, maximum protests happened near Muslim dominated areas and maximum firepower was used against them. The approach towards Muslims was tough. The message was two-fold.

The first message was that the government stands firm on CAA and will use force if protests do not stop. The message was to BJP’s vote bank that it is the only party which stands between them and an aggressive minority. It is a trap which Priyanka Gandhi needs to avoid.

She will need to pick up an issue which resonates closer to the Congress and not the Left parties and BJP. She needs to ensure that the focus remains on issues and not on her. On Monday, she rightly did not allow her own security became a talking point during the press conference. Priyanka Gandhi cannot be an eye-grabber all the time. Jharkhand and Chhattisgarh have shown that silent campaign, which is less focused on Gandhis, works well.

She will also need to invest herself in the state by staying there for a few days and even weeks. The present leadership of the Congress is such condition that it cannot even get more than 20 MLAs in the assembly today. None of the leaders of the Uttar Pradesh from Congress can today be projected as Chief Ministers.

If Congress Party can allow Priyanka Gandhi another 10 years in Uttar Pradesh, then something might happen. It took BJP 15 years to come back to power. Today, regional parties are getting stronger and BJP and Congress are directly pitted against each other directly in 8 states. In rest of the states, BJP is the number 1 party and Congress is either number 2, number 3 and in some cases even number 3 party. Maharashtra is a case in example. In almost all cases, BJP has either emerged as the principal party or the principal challenger.

So, it is imperative that Priyanka Gandhi should not get mighty impressed with the TV coverage she gets. Rahul Gandhi fell prey to this temporary adulation. The only way she can revive Congress in Uttar Pradesh is by seen continuously engaged on regional issues in Uttar Pradesh.

Rahul Gandhi by the end of 2010 was considered a tourist in the state. Priyanka Gandhi cannot afford to walk down the same path.

Across the world, major leaderless protests have taken place starting from Tahrir using new communication platforms but fundamentally failed to alter the dynamic of the state or electoral politics in the long run. CAA also runs the risk of walking down the same path as the government has 4 more years to go.

CAA protests are unlike the1970s protests which were personally directed towards Indira Gandhi.

Priyanka might succeded if she stays put in the state and focuses on issues which are important for Congress, its leaders and associated interest groups.