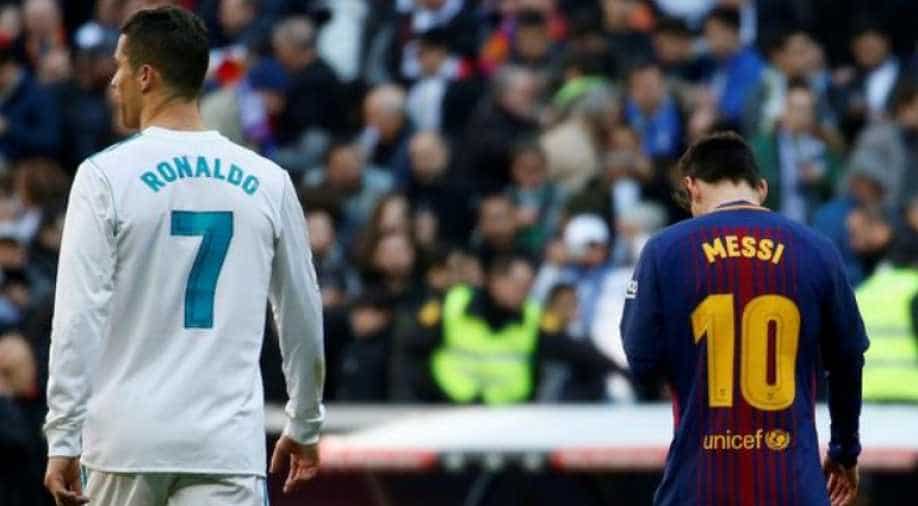 Clasico will sorely miss the two legends in tonight's clash.

While La Liga features the brightest stars from the world of football, El Clasico between two club footballing superpowers -- Barcelona and Real Madrid -- has always been reckoned unrivalled rivalry.

For the past 10 years, it has been a personal playground for two larger-than-life global icons -- Lionel Messi, Cristiano Ronaldo -- but neither of them will be playing today when Barcelona and Real Madrid lock horns at the Nou Camp.

It's a foregone conclusion that Cristiano Ronaldo will never play in the most famous club football fixture in the world after he made the summer move to Italian behemoth Juventus but nobody expected Lionel Messi to miss out.

It's the 272nd edition of Clasico and the first featuring neither Messi nor Ronaldo since December 2007.

Has that taken the sheen off the brand El Clasico? To some extent, yes. But the footballing extravaganza of a colossal proposition has attracted a huge fan following over several decades.

In order to conclude that both Messi and Ronaldo have been the brightest of stars in the galaxy of world-class talent that Spanish football boasts of, we don't have to look beyond the statistics: Messi is the fixture's all-time leading scorer (26 goals) and assister (14), while Ronaldo holds the record for the most consecutive Clasicos with a goal in six games in 2012.

Since Ronaldo's departure, Madrid has missed their talisman and Barcelona know they will miss Messi today. For Madrid, Bale has some record: 200 games, 92 goals, 62 assists. But another statistic concerns: while he has played in 200, he has not played in 103. He began this season with responsibility but Madrid’s form has been teetering.

Madrid's midfield stars Luka Modric and Toni Kroos have not found their feet; defensively, the team have been dreadful, Sergio Ramos especially; Benzema’s evolution into a No 9 again is not complete, and nor is Bale's evolution into a leader.

The club went five games without scoring. Coach Julen Lopetegui bemoaned misfortune but there was more, and it brought the head coach to the edge of the abyss.

Monday is Lopetegui's 137th day as manager. It may also be his last. Maybe not today, maybe not tomorrow but one day and soon, he will be sacked. The same lack of alternatives and time that helped put him in the job are all that keep him in it.

Lose on Sunday and Madrid would be seven points behind Barcelona; win and they would be only one point off – and favouritism so rarely plays out the way it should.

Defensively vulnerable, Barcelona have not always impressed either and losing Messi is huge. Asked if his absence conditioned the team, the club coach Ernesto Valverde replied: "Not at all ..." and then laughed: "We have to accept it. It doesn't bring me out in a rash to hear the word 'Messidependency'.

Data experts FiveThirtyEight put an estimate of 75m as its global audience in 2015, which would suggest that the latest meeting between these two eternal rivals is no Super Bowl or Champions League final but still a bigger worldwide televisual draw than the Oscars.

With its array of glamorous stars, a bevy of awards to be claimed and social media verdicts awaiting each and every pratfall with bated breath, El Clasico truly is a global phenomenon. And with Gareth Bale, Philippe Coutinho and Sergio Ramos on the pitch the football shouldn't be too bad either.

However, Clasico will sorely miss the two legends.