When you run with technology, trying to understand what's on offer, marvelling at the newly-introduced feature and comprehending the power of computing in the palm of your hand, fatigue is bound to set in.

Apple has come out with its latest offering - the iPhone Xs, iPhone X Max and the Apple Watch Series 4 - and the powerful iOS 12. All these gadgets are beautiful, sleek and powerful. They can do many day-to-day things in a jiffy and are still left with a lot of juice.

The same is the scene with smartphone makers who have chosen to go with Android. One such company Samsung has introduced its most powerful gadget, the Note 9, with a stylus and a hardware configuration which can easily give today's desktops and laptops a run for the money. The Gigabytes and Terabytes these gadgets offer, and the processing speed which their CPUs are capable of, are mind-boggling! Forget market leaders, even newcomers like OnePlus and other Chinese smartphone makers are breaking the barriers every day and giving the flagship makers a tough competition.

So much has happened in the last decade that it is becoming impossible to keep up with technological advancements. How much of the hardware is of actual use to an ordinary person, is still debatable. What's amazing is, despite all this power, these 'Bruce Almighties of technology' still primarily make calls!

When you run with technology, trying to understand what's on offer, marvelling at the newly-introduced feature and comprehending the power of computing in the palm of your hand, fatigue is bound to set in.

I had a similar experience when I read about the latest developments in the tech world on my computer. With face between my palms, elevated breathing and a deep sigh, I sank in the chair at home. Peeking through fingers, I saw a box. It suddenly struck me that this is where I've kept most of my old tech stuff. I opened it and found an iPod. The first generation.

Yes, it looks ancient, doesn't even have a display (screen), resembles a pen drive but it has a nostalgic feeling attached to it. This is my first Apple gadget. With only 512 MB onboard storage, it once had songs which are my all-time favourite. I bought it in 2006 but it is still intact. And before you pop THE question: Yes, it is working. I plugged it in my laptop, charged it and transferred some songs through iTunes. It has just one round button - a minimalistic design hallmark of Apple. I pressed the button and voila! The gadget began transmitting the sound waves to my ear through the earphones. It felt like using a Gramophone in today's advanced world but delighted me to the core.

My interest further arose and I began sifting through my cupboard. I stumbled upon the N81, the Symbian OS-based phone launched by Nokia in 2007. It was a gaming device and came pre-loaded with N-Gage 2.0. I remember playing Asphalt 3 on this tiny screen. It was fun back then. And I communicated through calls and SMS-es back then. Yes, SMS-es - the feature that is present in today's phones too but is rarely used. People only get spam SMS-es from banking, real estate and other sectors. Reading those old SMS-es where I used funny abbreviations to keep it within the 160 character limit (to avoid paying for two SMS-es) brought a smile on my face. There were long threads but mostly goofy stuff.

The feelgood factor compelled me to take out the CD player I proudly brought home years ago. Right next to it was a box of CDs which I collected after a lot of struggle and spending money. The music CD of a movie released 20 years ago looked like a Gramophone record today. The player also has the functionality to play cassettes, but unfortunately, I don't have any. It did not have a USB port or Bluetooth to stream music, but it gave comfort.

I took out the CD of Bollywood movie 'Taal' which released in 1999 and played it in the music system. As Alka Yagnik and Udit Narayan crooned 'Dil Ye Bechain Hai', I felt a sense of calmness in my nerves. The beats were exhilarating and Rahman's music brought back old memories - and smile. All this comforted me, the very purpose a technology is introduced, and which I feel is missing in today's time. 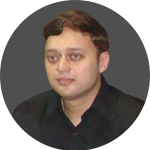