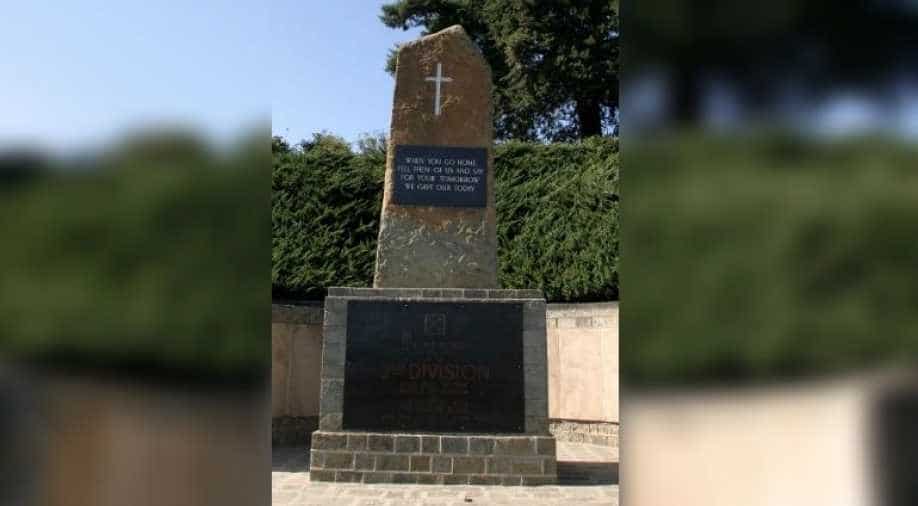 On June 22, 1944, in the middle of the historic Normandy campaign when the allies were fighting the Germans on a French beach, Indian troops fighting for the British Commonwealth handed Japan their biggest defeat until then in the twin battles of Imphal & Kohima in World War II.

Indian and British troops had linked up from Kohima and Imphal at Milestone 109 on June 22, 1944, ending the siege of Imphal and with it bringing to an end the limit of Japanese expansionist ambitions in Asia.

The historic day should legitimately be christened as "India’s D-Day" as Indian troops fighting under the British flag were able to stop the spread of fascism in Asia on its track.

A Japanese victory at Imphal would have opened the gateway to India for Imperial Army General Mutaguchi with disastrous consequences for India which had until then fallen to several foreign invasions.

The allied victory at Kohima and Imphal achieved as part of the larger Burma campaign in 1944 brought Lord Mountbatten into the limelight and a little known soldier Sam Manekshaw who later became India’s only field Marshal and architect of India’s 1971 victory over Pakistan.

Both Mountbatten and Manekshaw moulded in fire during the Burma campaign in 1944 left an indelible mark on the Indian subcontinent.

Although India’s biggest moment of glory in World War II lost out to America’s "Mount Suribachi" moment at Iwo Jima when US Marines raised the star-spangled US flag on the island in 1945, it nevertheless became a historian's "go to handbook" on military tactics.

India may have lost the battle of images but the nation still remembers.

The battle was British India’s finest moment with Indian and British troops fighting shoulder to shoulder on land and in the air to thwart the Axis power which had already ravaged Europe and had engulfed most of Asia.

India stood as the beacon of freedom against brutal Japanese oppression even as several Asian countries from Singapore, Hong Kong, South Korea among others falling prey to unbelievable horror by the Japanese Imperial Army.

The victory over the Japanese at Kohima and Imphal, however, came a heavy cost with the Commonwealth losing over 12,000 troops mostly Indian soldiers and the Japanese suffering over 50,000 casualties.

The war cemetery with over 1,500 graves at Imphal and Kohima bares testimony to the supreme sacrifice made by the allies. The campaign spearheaded by the Gurkhas and several Indian divisions comprising of "unknown soldiers" turned the tide of the war in Asia leading to the final destruction of Japan's imperialist ambitions in Asia.

It was a battle new India should never forget, ever.