A coup in Maharashtra politics 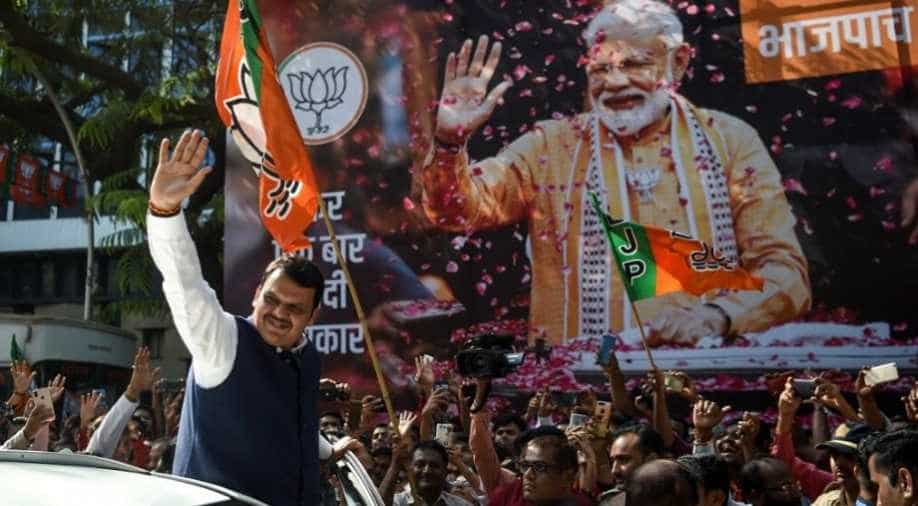 The BJP master strategists led by Prime Minister Narendra Modi and Home Minister Amit Shah were secretly at work without even giving an iota of hint what was cooking.

Who says silence is not golden in Indian politics? Just a few hours ago, when it seemed that the Shiv Sena, Nationalist Congress Party (NCP) and the Congress had all but stitched together a fragile alliance to form a government in Maharashtra, people woke up from slumber to a new reality and a new government. Political pundits failed to read the mistaken silence of the Bharatiya Janata Party (BJP) since Devendra Fadnavis resigned as chief minister following the collapse of talks with its oldest alliance partner, the Shiv Sena, in the aftermath of a hung assembly after elections. The BJP master strategists led by Prime Minister Narendra Modi and Home Minister Amit Shah were secretly at work without even giving an iota of hint what was cooking.

The Indian media jumped the gun and rushed to anoint NCP chief Sharad Pawar as the modern-day Chanakya for succeeding in cajoling the Congress to join what critics termed as an "unthinkable and unprincipled alliance". But it was the real Chanakya Amit Shah who sprang a surprise by breaking in Pawar's own party. In fact, it was the Sena which was very apprehensive of the BJP's attempts of horse-trading and poaching of its newly-elected MLAs and had, therefore, huddled them to the safe environs of the Congress-ruled Rajasthan. But none had the inkling of the BJP's masterstroke that it could strike at the heart of the NCP and wean away Pawar's nephew Ajit Pawar.

As things stand, it is now almost certain that Ajit will walk out on his parent party with more than 18 MLAs to avoid anti-defection law either by forming a new party or merging the entire block with the BJP. The BJP, which fell short of 40 seats in the 288-member house, will also need the support of some smaller parties and independents, some of them BJP rebels, to prove majority. That the BJP has already done its homework by enlisting their support is a foregone conclusion.

In the latest twist of turns, the chief protagonist Sharad Pawar, who had almost scripted an unimaginable story of bringing the two warring parties Shiv Sena and Congress together, has been left red-faced. Never in his dreams could he have imagined that his nephew would do a Vibhishana to him! But it is surprising that the Maratha strongman, who himself had been giving conflicting signals to the media in recent days regarding the government formation, could not read the riot act.

That all was not well between the uncle and nephew was not a hidden secret. Sharad Pawar’s ambition of promoting his daughter Supriya Sule at the expense of his nephew never went down well with the latter. The early signs of the rift appeared in 2009 when Sharad Pawar appointed Chhagan Bhujbal as the deputy chief minister in the Ashok Chavan-led government after the Congress and NCP swept the polls. Miffed by Sharad Pawar’s decision to cut him to size, Ajit showed up his clout when he secured the support of a majority of the NCP MLAs a year later forcing his uncle to instate him as the deputy chief minister replacing Bhujbal. Since then, Ajit has been working to come out of the shadow of his dominant uncle.

Early this year, Ajit took some political positions which did not gel with the official policy of the NCP. Not only did he support the Modi government’s decision to abrogate the controversial Article 370 from Jammu and Kashmir, he went on to demand that Pakistan-occupied Kashmir should also be made a part of India.

What surprises the most is that the senior Pawar did not even get a whiff of his nephew's designs who was at the helm of the talks along with him leading to an almost certain Shiv Sena-NCP-Congress government! Till a month-and-a-half ago, Ajit must have endeared himself to his uncle after he resigned as an MLA after Sharad Pawar’s name got embroiled in the 25,000 crore rupee Maharashtra State Cooperative Bank scam saying he was perturbed over the allegations against the latter. He also owed his deputy chief ministership to his uncle then.

But, as they say, politics is a strange game like cricket where fortunes change in just a matter of time. The same thing happened in Maharashtra. While Uddhav Thackeray, Sharad Pawar and Sonia Gandhi might be ruing for taking their own sweet time to firm up the alliance, the Modi-Shah duo should be commended for thumbing the nose of the opposition and walking away with the trophy. For, everything is fair in love and war. And this was Maharashtra, the second largest state after Uttar Pradesh which sends maximum MPs to the Lok Sabha, where political stakes are very high for all the parties.