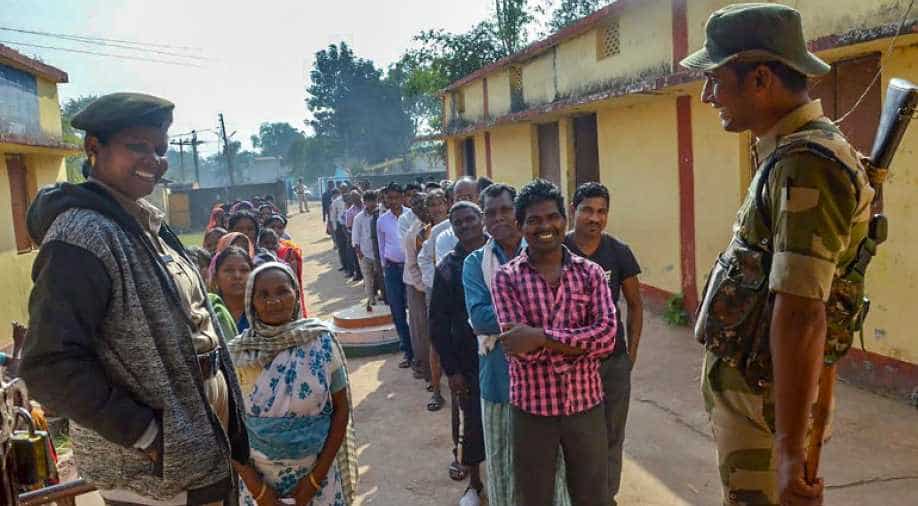 The conflict of class and caste will determine and define the elections of 2019. Populism versus nationalism and the shrillness of ‘isms‘ will dominate the narrative.

Average growth will no longer represent the economy. One number will not rule all, whether it’s the GDP growth number or inflation rate.

Even the vote share per cent will no longer determine the winning seats. The narrative of derived numbers will not represent what is happening in the Indian economy, politics or even society.

The reason for that is rather obvious - in-spite of continuous change in these digits, they do not represent the situation on the ground.

To present them or depend on them is not the way forward. The farm distress, for instance, is not captured by GDP growth numbers or even the inflation number. In other words, when the largest constituent in an economy is not representative enough, what good is that number?

Moreover, macroeconomics as a discipline is also losing its importance. The inequity of growth is rising and most of these numbers do not represent it.

Hopefully, this will make policymakers go granular and stop persisting with their one-policy-fits-all approach for India. BJP’s district growth plan is the reality going forward.

In an election year, populist measures will surely occupy centre stage. When such a large section of the population is denied benefits of growth and development, they are bound to be vociferous.

We have already seen newly-elected state governments throw caution to the winds and announce populist measures, including loan waivers.

Such populist moves along with universal basic income will become the norm in 2019. The rising possibility of coalition governments means each regional party will outdo the other to dish out more populist moves.

This means fiscal discipline will be thrown out of the window and state finances will deteriorate. It may have an impact on the future ability of these state governments to raise funds and invest in infrastructure.

All this will affect the urban middle class in cities, as investment on waste, water and transportation will slow down.

The middle class as a vote bank is losing its attractiveness, as it is difficult to be harnessed by any political party. A clear division is visible and the middle class will blame the rural classes more often than not for its woes.

The conflict of class and caste will determine and define the elections of 2019. Populism versus nationalism and the shrillness of ‘isms‘ will dominate the narrative.

Hopefully, it will be a quick cycle and will fade out fast, without damaging the faith in the democracy.

Amidst all this noise, there are invisible structural changes underway in the global economy, which will impact India. The structure of jobs and even work is changing and the correlation between investment and jobs will break in 2019.

Large investments do not result in a large number of jobs, as investment goes in land and automation or in shareholders’ pockets.

Tenure of jobs is reducing and only the millennials are adaptable across industries. Adapting old skills for new industries is the mantra for those of the older generations. Technology is destroying industries and processing power is eating up jobs.

Google’s Deep Mind defeated Ke Jie in the Chinese game of Go in May, 2017. Defeating a human in a complicated strategic game like Go is like landing a person on the moon for artificial intelligence (AI).

Over the last one year, China has pushed more money into AI than even the Silicon Valley.

Zhongguancun in China is the AI capital of world. While China will drive innovation, development and technical expertise in this area, India will bear the brunt of this drive.

While manufacturing jobs shrink due to automation and investment, the service sector job engine will feel the icy cold winds sweeping across from AI.

The impact of AI on outsourced services jobs is massive. Voice-based call centres have either closed down or become dens of crime and fraud. Soon transaction matching and recording jobs, a critical component of finance and accounting, will disappear.

This change is rarely reported, but it has a huge impact on cities like Hyderabad, Chennai, Noida, Gurgaon and Mumbai. The outsourcing job engine also has an impact on the education system, new graduates and aspirational class in tier-2 towns.

Rising protectionism will affect trade and relations and most populist leaders in developed countries are against globalisation.

China is emerging as the lone flag bearer of globalization as US, Britain, and a substantial part of Europe are firmly in the grip of populist protectionism.

While US markets outperformed emerging markets in 2018 as Trump dropped corporate taxes, an economic slowdown is always round the corner.

This will help India’s oil bill and current account deficit and may improve the central government’s balance sheet.

It remains to be seen how much of this benefit will be passed on to the consumer. Lower oil prices are not always good as consumers need to move away from oil to renewables.

The promise of everyday low prices hollowed out the US economy in the last 20 years. E-commerce giants and global supply chains have already disrupted several MSME and job-intensive industries in India.

They may have been halted briefly by the e-commerce regulations, but they will be back jumping in through other loopholes. As they say, once you have tasted how to break the rules, following the rules does not make much sense.

Several things will get broken and made during 2019; hopefully, the nation and its citizen will maintain its position as the world’s most optimistic people.

The author is Editor-in-chief of DNA