Yearender 2021: The year of Aaryan and Aarya 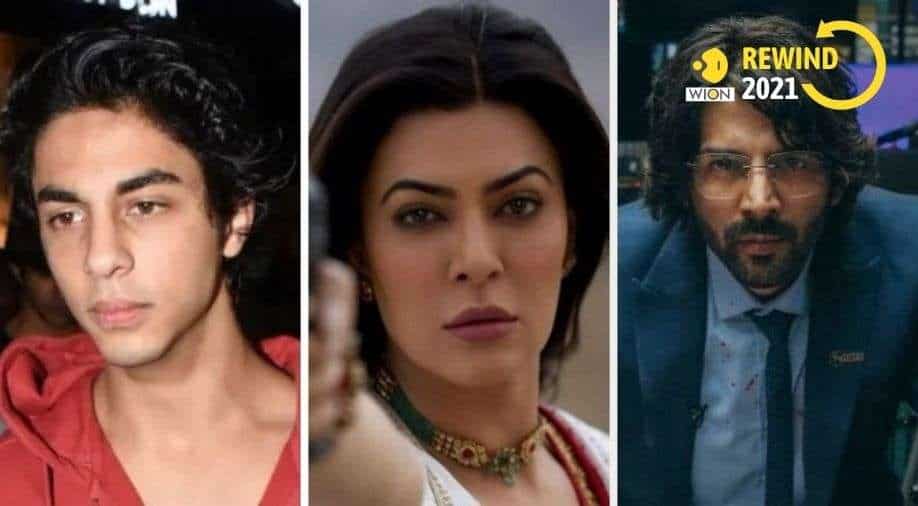 What was it about 2021 that made one name, one title Aarya/Aaryan more in-demand than others?

What was it about 2021 that made one name, one title Aarya/Aaryan more in-demand than others? If Shah Rukh Khan’s son Aryan Khan made headlines,  Kartik Aaryan was hands-down the star of the year, not only for his super-successful performance as a news anchor desperate for TRPs in Netflix’s  'Dhamaka', but also for signing plum roles and bagging some of the choicest projects obtainable in  Bollywood during its critical post-Covid phase.

'Dhamaka' review: Kartik Aaryan features in a chaotic film that lacks the thrill

Kartik Aaryan’s 'Dhamaka'  director Ram Madhavani had another Aaryan connection in 2021. His web series 'Aarya' entered a  second season giving its leading lady the monstrously underrated  Sushmita Sen the kind of career fillip it needed. Aarya has overnight turned Sushmita into one of the most sought-after actors on the digital platform.

'Aarya 2' review: Sushmita Sen is a scene stealer in this worthy sequel

Speaking of  Aarya and  Aaryan brings us to Arya, the Tamil actor who came into his own with  Amazon Prime’s prized Tamil feature film 'Sarpatta Parambarai'. Tamil star Arya, his wife and his family faced peculiar trauma during the past year. Two men had been impersonating Arya on the internet; they cheated a Tamil woman in Germany of nearly  75 lakh rupees and promised to marry her, all the while pretending to be  Arya. Arya’s ordeal ended when the cyber cell arrested   Mohammad Arman and Mohammad Hussaini of Pulianthope for impersonating Arya.

At year-end, it is the versatile Tamil-Hindi actor Madhavan making waves as Arya in the eminently watchable Netflix series Decoupled.

In one way or another Arya-Aryan was the most googled name in 2021  from the  Indian entertainment world.