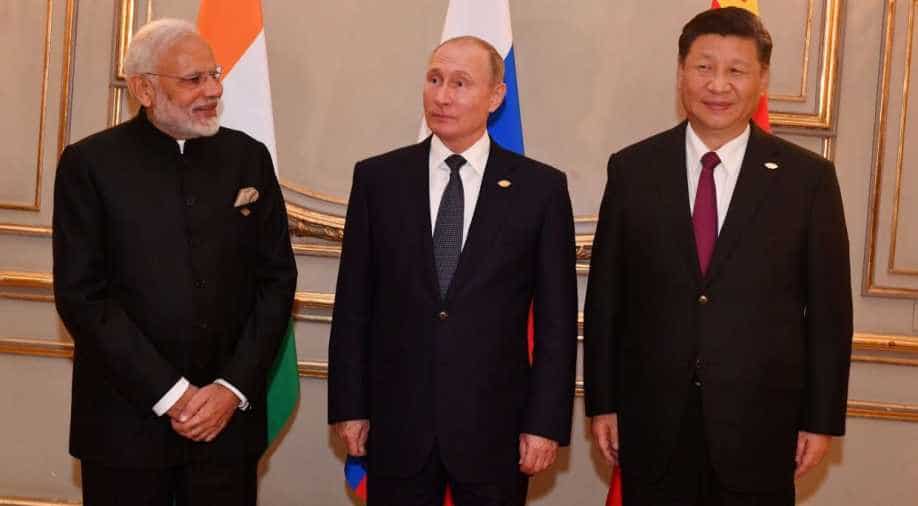 The only concern for India in its equation with Russia is China, which has been a traditional, historical and ideological ally of the Kremlin.

Sergei Lavrov, the foreign minister of Russia, recently delivered an address in Delhi. Lavrov is arguably the second most powerful politician in Russia.

He ended his speech with the line - "India and Russia share a special privileged strategic partnership. I hope that our Indian friends will be promoting the same ideology'.

These words make it clear that the old friendship, sometimes described as adrift, still remains strong.

India has a remarkable history of democracy. Will that reputation be hurt by siding with leaders with authoritarian streaks? And what about China - the only thorn in India-Russia ties?

WATCH - on the Wion edit, we will discuss all of these questions.

Putin is poised to stay in power for a long time. This change is being done in-line with the democratic traditions of Russia and the move should bring some stability in Russia and that is good news for India.

If Putin wields absolute power, he threatens Russia's democracy, but that is something for the Russian people to decide and not India.

The only concern for India in its equation with Russia is China, which has been a traditional, historical and ideological ally of the Kremlin.

In the past, the Russia-China relationship has blown hot and cold, there was a border dispute which ran for many decades. China did not help Russia's efforts to build its might in West Asia.

Given this friction, Russia viewed India as leverage against a rapidly rising China. It even pushed for India's inclusion in the Shanghai Cooperation Organisation (SCO). But a lot has changed since then.

The world saw a financial crisis. Russia annexed Crimea from Ukraine. Russia's economy dwindled. Beijing and Moscow came closer. Financial help from China was a major reason for Russia's recovery from the 2008 crisis.

Since then, Russia and China have expanded their ties. As of 2017, Russia's top export and import destination is China.

China invests ten times more in Russia than Russia invests in China. Last year, Russia even dumped $100 billion from its reserves. Kremlin holds 25 per cent of the total yuan reserves in the world.

In comparison, India and Russia have strong defence ties - 70 per cent of India's defence supplies still come from Russia

Four months ago, during Prime Minister Narendra Modi's visit to Vladivostok in Russia, Putin insisted on an alliance with China and India.

In fact, he's looking at joint alliances with India, China and Turkey to counter the US influence in the region.

But India and China have their own contradictions - the same for India and Turkey, and hence, New Delhi should see Putin's continuity in office and his growing closeness with China in this perspective too.

By the way, it's unlikely that Putin will have his way without any resistance in Russia.

Eight years ago, when 'Prime Minister' Putin swapped his job with the then-President Dmitry Medvedev, large street protests broke out on the streets of Moscow.

Now, the opposition is more visible and active in Russia than it was in 2012. India has a serious task at hand and it must assert itself in Indo-Pacific and prevent China from disrupting the India-Russia relationship.