There's something fundamentally wrong in positing that war can be just 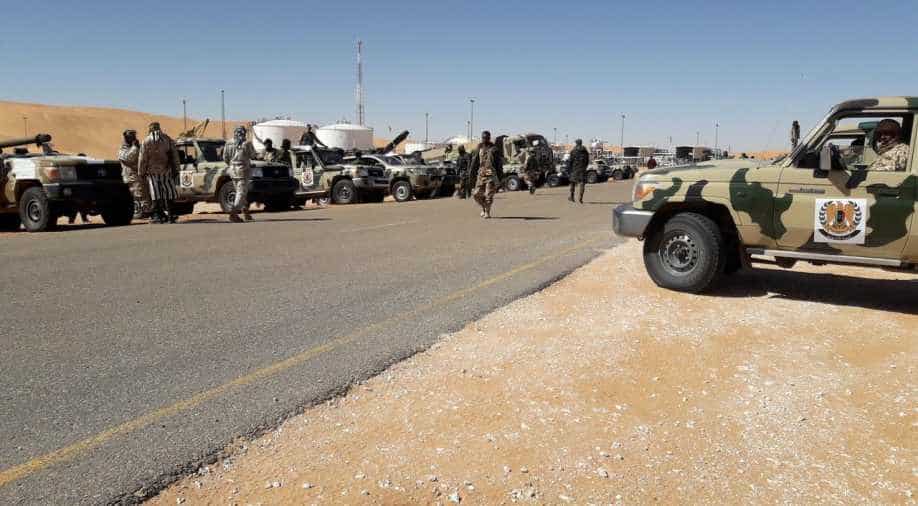 The war in Libya Photograph:( Reuters )

War is war, a deplorable, inhumane and inhuman activity that depraves and debases both combatants and statesmen who order it and makes whole populations suffer.

Military thinkers, strategists and philosophers have grappled with the issue of war and peace since perhaps time immemorial. One major strand that has emerged from this is the ‘theory of just war’. Based on two major criteria-right to go to war (jus ad bellum) and right conduct in war( jus in Bello)-that apparently render war morally justifiable, just war theory, whose earliest proponent was Saint Augustine, holds that war is not always the worst option. The claim embedded in the just war theory is a bold one. But, is it right? Can war ever be justified and just? Is there something morally and practically wrong with the just war? Last but the least, does the just war theory hold in or under conditions of post-modernity?

There is something fundamentally wrong in positing that war can be just. The reasons, in the main, pertain to the fluidity of conditions in war and combat which is essentially in the nature of a zero-sum, Hobbesian struggle where it's you or me thinking or rationalizations dominate. In this, ‘if I don’t kill you first, you will kill me’ thinking, morality, ethical and humanitarian considerations naturally fly out of the window. But assuming there is something to the just war theory, who decides to go war? Who has the right to wage war? In the law of the jungle, that is the world of states, it is strong that determine issues of war and peace; the weak are at the sufferance of the strong. Yes, in modern times, there are notable and laudable institutions that are designed to maintain peace and prevent war, but as the Second Gulf War demonstrated, the ‘Parliament of Man’ can be superseded if a powerful state is determined to go to war.

Moreover, in modern conditions, where nuclear weapons, by and large, act as a deterrent to war, generally speaking, wars assume the shape of sub-conventional wars: that is, militarised conflicts that do not necessarily constitute conventional war but are wars nonetheless. There are also intra state conflicts that grew in salience during the cold war and even after. There then is a grey area of war. But does this make wars any just? No is the answer. War is war, a deplorable, inhumane and inhuman activity that depraves and debases both combatants and statesmen who order it and makes whole populations suffer.

What about the theory that a quick, short war made possible by technology or Revolution in Military Affairs (RMA) can be a decisive one leading to peace thereafter? This theory that gained traction in the initial days of the second Gulf War met its Waterloo in Iraq , so to speak where a raging insurgency ensued and military planners and strategists had to go back to ‘old school’ counterinsurgency theories and practice. There is also the issue of an exit strategy here. Once begun wars are notoriously difficult to end even if there is an initial exit plan because of the very nature of war and the contingency it implies.

But there is another aspect to the saga. In conditions of post-modernity, where overt wars are not easy to wage (unless a state is a major power), and there are institutional and nuclear checks to war, the notion of hybrid war has emerged. Hybrid warfare incorporates elements of the political, unconventional war, economic war, cyber-attacks plus psychological dimensions like fake news, planted news and so one made eminently possible now by social media. (An example of this would be Russia’s meddling in the 2016 US elections). Hybrid war makes a mockery of the just war theory and renders it almost meaningless. But, are hybrid wars if an amendment or allowance is made to just war theory, justified? No. They are not.

If no war is ever justified, but given that war has been a feature of the human condition, how can it be prevented? This is a million-dollar question that lends itself to no easy answers. But, the answer, if there is any lies in the domain of the institutional, the political and the economic. Institutionally, the Parliament of Man, that is, the United Nations must be strengthened and multilateralism ( not as a fetter but as an ideal) be rendered the operative dynamic of interstate relations and diplomacy. Politically, a discursive attempt must be made too discredit war and diplomacy held to be the option of choice in dealing with conflict. These two approaches can be complemented by developing and crystallizing trading relationships between states in a way that, if breached, hurts all sides. These options cannot be on a stand-alone basis.

There are clear interrelationships between these. There then must be an integrated approach that links these elements together and makes war unjustifiable and relegated to the dust bin or history. Is this a realist approach? No. It is not. I plead guilty to the charge of idealism here but, in the final analysis, it is ideals, not ‘reality’ that determine the course of history. Let then steps be taken to abolish war from statecraft and history. A good start would be to invert  the Clausewitz dictum that, ‘ war is diplomacy by other means’ to ‘ all war is bad politics and economics