China is present in 39 African countries. It has rolled out billions of dollars in loans as part of its  Belt and Road Initiative (BRI) which analysts say has many suspicious clauses. Critics have often accused the communist regime of 'seizing' assets of the countries that are unable to clear their debts.

China has been accused of laying a debt trap, where it lends money to underdeveloped nations and then moves to seize its assets. In many ways, Beijing's intent echoes that of the European colonial powers.

The latest in a series of this aggressive Chinese game plan is the fear that it may wrest control of Uganda's only international airport. The East African nation is failing to pay back the $200 million loan it had borrowed from the Export-Import Bank of China in 2015. Both Kampala and Beijing are trying to allay fears of a Chinese takeover of Entebbe International Airport.

But many questions still remain. A parliamentary probe last month concluded that China had imposed difficult conditions on the loan, including potential forfeiture of the airport in case of default. Ugandan lawmaker Joel Ssenyonyi, who chairs the committee that conducted the parliamentary probe, said the loan agreement gives Export-Import Bank of China (also known as Exim Bank) approval powers over the airport's annual budgets. Ssenyonyi cautioned that the loan terms allow China to grab the airport in case of default. In a social media post the journalist-turned-politician said that Uganda's Finance Minister Matia Kasaija admitted that the loan terms were unfair. Kasaija had also apologised to parliament last week for the mishandling of the loan from EXIM Bank.

According to reports, as per the agreement, China's Exim Bank is authorised to inspect both Uganda Civil Aviation Authority and government Books of Accounts. The clause clearly erodes the sovereignty of the State. Uganda secured the loan in 2015 from China's Exim Bank, one of the many credit lines the nation has acquired from China over the last 15 years to fund infrastructure projects including roads and power plants.

Uganda is not alone. China is present in 39 African countries. It has rolled out billions of dollars in loans as part of its  Belt and Road Initiative (BRI) which analysts say has many suspicious clauses. Critics have often accused the communist regime of 'seizing' assets of the countries that are unable to clear their debts.

Like Uganda, neighbouring Kenya is feeling the heat of hostile Chinese actions. There are concerns that China may take over the Port of Mombasa if the country defaults on a $3.2 billion loan. Interestingly it’s the same bank i.e. Exim Bank, which has provided the loan. Here too the Kenyan government has allayed fears that there is no risk of Beijing seizing the national assets if the country defaults on loans procured to finance the loss-making Standard Gauge Railway.

Djibouti, a country of 1 million people in the Horn of Africa, is another classic example of Xi Jinping's debt diplomacy.  In 2017, Djibouti's debt was projected at 88 percent of its GDP. And China was responsible for the bulk of this debt. This gave China the opportunity to build its first overseas military base there.

In 2017, Sri Lanka handed control of the newly-built port of Hambantota to a Chinese operator. Here also Colombo could not pay back the debt fully to its Chinese lenders. Madagascar, Maldives and Tajikistan are other examples of nations which are reeling under Chinese debts. The plot is simple: promise to build infrastructure, use predatory lending practices and when the debtor country fails to pay back, force it to either hand over its national assets or give strategic leverage to China.

Another case in point is Pakistan. According to the International Monetary Fund, till April 2021, Pakistan owes 27.4 percent of its external debt amounting to $24.7 billion to China.  China–Pakistan Economic Corridor (CPEC) project, which aims to connect Gwadar Port in Pakistan's Balochistan with China's Xinjiang province, is the flagship project of China's ambitious multi-billion-dollar BRI. According to the United States Institute of Peace, with mounting debt, Islamabad is allowing China to use 'debt-trap diplomacy' to gain access to its strategic assets.

But there are naysayers too. According to a report by the Lowy Institute, experts say that accusing China of engaging in a deliberate ‘debt trap’ diplomacy isn't right. But the same report goes on to warn that the scale of China's lending and the institutional weakness of Pacific states pose risks of small states being overwhelmed by debt. 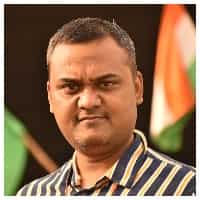 Manoj Gupta is working as an Executive Producer at WION. He has worked with various broadcast news organisations in Delhi, Kolkata & Johannesburg. Besides tracking breaking news & geopolitics, he has a keen interest in photography.