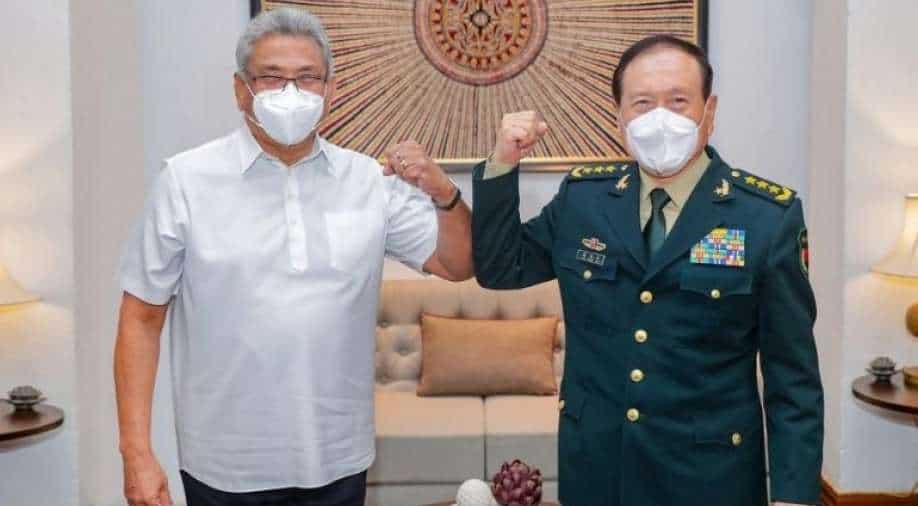 Beijing is not looking for a partnership in Sri Lanka. Instead, it wants an overseas province

Sri Lanka is on a highway to becoming a Chinese colony. It began with the Hambantota Port and has now spilled into the port city of Colombo. Both are strategic assets, one of which is already under Chinese control. The other could soon follow if the government has its way.

The Colombo port city is a special financial zone being built next to Colombo, mostly on land reclaimed from the sea. They are calling it the next Dubai and it is being touted as a city from the future.

Powered by renewable energy, the city will have a financial centre, an international island, and a sprawling park right in the middle. But there’s just one problem - Port city Colombo is a Chinese project and part of President Xi Jinping's Belt and Road Initiative.

Beijing is not looking for a partnership in Sri Lanka. Instead, it wants an overseas province. This is how Sri Lanka lost the Hambantota port after signing massive deals with the Chinese. When it was time to pay up, they had no money.

The Sri Lankan government is dead set on pushing ahead and the project has been exempted from local laws. And earlier this year, a special bill was submitted for the port city called the “Colombo Port City Economic Commission Bill”. The government wants to get it passed as quickly as possible but the opposition is not on board.

They say the bill will create a Chinese colony in Sri Lanka and have filed a petition at the Supreme Court. The court came through. They found parts of the bill inconsistent with the constitution. So the government now has two options - to either stick with the current version or to amend the proposal. If they stick with he current one, the bill would need a nationwide referendum to pass. Or, they could simply bring it in line with the constitution.

The government is keen to avoid a referendum. So, they are expected to table an amended bill in parliament. They enjoy a majority, which would make the bill’s passage a cakewalk. But Sri Lanka's problems don't end here.

The Colombo port bill is a deeply flawed legislation. The bill wants to create a seven-member commission to administer the port city. This would be an all-powerful commission which would control everything from taxation to approving new projects and investments.

President Gotabaya Rajapaksa will appoint this commission. This bill gives him the authority to put foreigners on the board effectively handing over power to Chinese officials. Beijing is lobbying hard for this. Last month, the Chinese defence minister visited Sri Lanka. He met both President Gotabaya and Prime Minister Mahinda. The visit was a nudge from China to speed things along but this new Supreme Court order is a setback.

The court demanded a number of amendments but one of them stands out. The first version reduced Sri Lankan regulators to mere spectators. They had to rubberstamp decisions of the port city commission. The amended version gives real power to regulators.

But China has already pumped millions into the project. They reclaimed the land and built the high-rises. So, expecting them to give up control is futile.