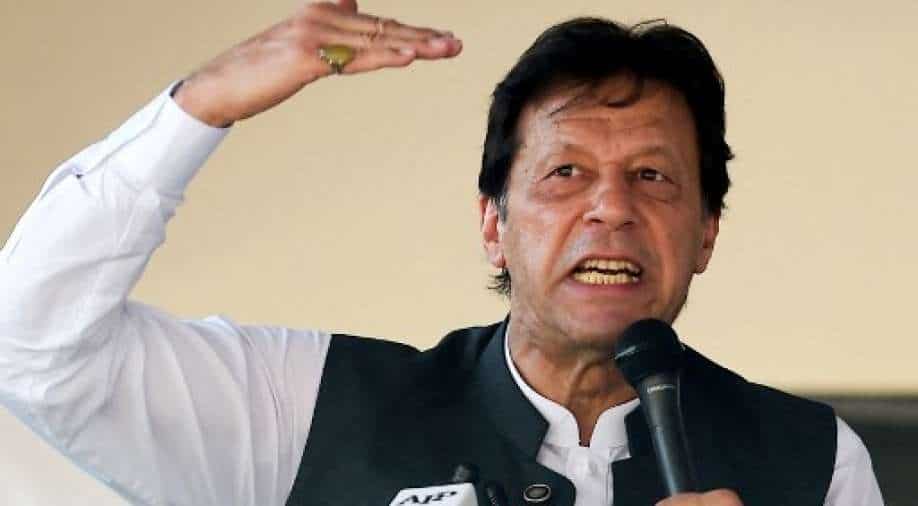 Democracy in Pakistan has been a tortuous lab experiment that could not find the right solution even after 75 years. Whenever such political crises occurred, the Army had stepped in, leading to the series of dictatorships that the impoverished South Asian country witnessed intermittently over the years.

Will the new crisis lead to another such military rule?

Prime Minister Imran Khan on Sunday plunged Pakistan into a constitutional crisis by getting the president to dissolve parliament and seeking fresh elections on a day when a session to hold a no-trust vote against his government was abruptly adjourned.

In what appeared to be premeditated moves, the National Assembly session was dismissed by deputy speaker Qasim Khan Suri as unconstitutional.

Citing Article 5 of the constitution, Suri dismissed the session soon after the ruling party's Fawad Chowdhury spoke against the no-confidence motion, calling it a "foreign conspiracy."

Interestingly, the deputy speaker himself was filling in for Speaker Asad Qaiser against whom the opposition parties filed a no-confidence motion earlier in the day.

The game-changing move by Khan, a cricketer-turned-prime minister, was slammed by opposition parties, who vowed to challenge it in the Supreme Court, thus making it a constitutional crisis.

Bilawal Bhutto, Pakistan People’s Party leader, also vowed to hold a sit-in in parliament against Khan's swift and unexpected play, adding that opposition lawyers will seek Supreme Court's intervention and seek a verdict on Sunday itself.

In yet another bizarre, unprecedented scene, the opposition 'chose' a Speaker, Ayaz Sadiq, and held its parallel session in parliament. If anything, it is only going to serve as political posturing and optics.

With the opposition's legal action, it appears the ball is now in the Supreme Court. Chief Justice Umar Ata Bandial has called other justices for consultation.

The top court will have to answer a complex set of constitutional questions: Can a speaker [or his deputy in this case] adjourn the House which had been convened to vote on a no-confidence motion against the government? Is the session 'unconstitutional' only because the deputy speaker thinks so, after it had been listed in the parliament business? Is it constitutional for the president to dismiss the parliament and call elections, when just days ago the opposition appeared to have the sufficient numbers to win the no-trust vote after the MQM-P party switched sides?

Can a prime minister facing a no-trust motion seek to dismiss the very House that was set to vote on it?

Another looming factor is the spectre of another Army rule. Democracy in Pakistan has been a tortuous lab experiment that could not find the right solution even after 75 years. Whenever such political crises occurred, the Army had stepped in, leading to the series of dictatorships that the impoverished South Asian country witnessed intermittently over the years.

Will the new crisis lead to another such military rule?

One way or the other, Pakistan needs to have a government in place by June 30, which is the deadline to pass the budget. The country is reeling from an unprecedented economic crisis, which is a deadly combination of poverty, foreign debt, high cost of living, and unemployment amid a Covid pandemic.

The entire political crisis is a result of mobilisation by the opposition to address these issues. Instead of finding a solution to those, Khan, the maverick cricketer, has plunged the country into yet another crisis.

Which way it will end - more violence on the streets, political vendetta, interim government followed by election, army rule, or just a period of more uncertainty - will only become clearer in the coming days.