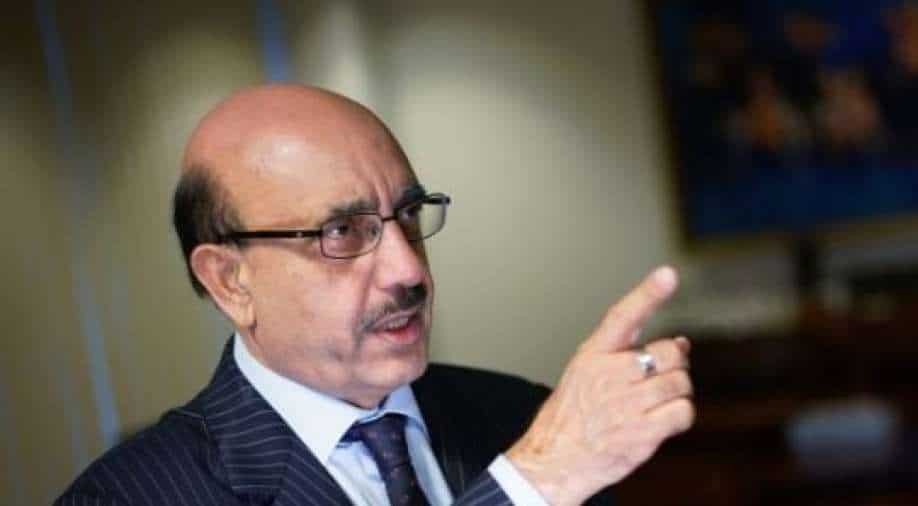 There is sufficient evidence to suggest that Masood Khan, Pakistan's ambassador-designate for the US, has been abetting youth in Kashmir for radicalisation and exhorting them to take up arms to hit out at the security forces. There is also ample evidence on record that in 2017, Masood Khan had castigated the US for designating the Hizbul Mujahideen leader for sanctions terming them as unjustifiable

Pakistan has perhaps not faced such humiliation and embarrassment in recent times as when serious questions were raised over the ambassador-designate to the US, Masood Khan who is awaiting clearance from the US State Dept before his posting. Humiliation is a strong word of expression but it’s being used here with reference to the context in view of grave allegations levelled against the Pakistan diplomat for his close terror links.

Things got heated up in the last one week as Scott Perry, member of US Congress representing 10th district Pennsylvania, wrote a letter to President Joe Biden asking to reject the appointment of Masood Khan for his connections with the terror groups and terrorists. Exposing the ambassador designate’s profile, Perry listed out specific cases of complicity of the Pakistani diplomat. These inter alia include his proactive proximity to the dreaded terror outfit Hizbul Mujahdeen (HuM) in stark and unsettling terms.

Nomination of such a tainted Pakistani diplomat at the express behest of Prime Minister Imran Khan knowing fully well that Masood Khan is linked to the terrorists and had been encouraging terrorists to target the US reflects the malafides of the ambassador-designate and the extent of contempt that Pakistan holds for the US.

There is sufficient evidence to suggest that Masood Khan has been abetting youth in Kashmir for radicalization and exhorting them to take up arms to hit out at the security forces. There is also ample evidence on record that in 2017, Masood Khan had castigated the US for designating the HuM leader for sanctions terming them as unjustifiable.

Later in 2019, he collaborated with Fazlul Rahman Khalil by appearing with him on the issue of Specially Designated Global Terrorist (SDGT). It may be recalled that Fazlul Rahman is the founder of Harkat-ul-Mujahideen which has already been declared as a foreign terrorist organisation. This outfit and it’s affiliates had active links both with Osama bin Laden and Al Qaeda. Khalil was also a key member of International Islamic Front which had issued a fatwa in 1998 calling for terror offensives on the US.

Further, the allegations include that Masood Khan has perverse attachment to Islamic terrorism and is also supported by the most radicalised Jamat-e-Islami which is actively linked with Lashkar-e-Tayyeba (LeT). The LeT has been linked with the 26/11 terror attacks in Mumbai.

The list of allegations against Masood is endless including the charge that in 2010, he had openly, and most indiscreetly called for the release of mass murderer Aafia Siddiqui and his acts are akin to the actions of a jihadist.

Many points against him surely do not qualify him to be an accepted candidate to become an ambassador in the US and this is well articulated in the letter from Congressman Scott Perry who is vehemently opposing Masood’s posting to Washington.

The letter addressed to President Biden has set the tone in the US government circles, media fraternity and the academia towards building up of a public opinion so that Masood’s appointment is shot down in the larger geo-political and security interests.

Concerned quarters, meanwhile, state that Masood, though a Pashtun by birth, was President of the Pakistan-Occupied-Kashmir during which he systematically cultivated Kashmiri terrorists and became radicalised to support them.

US on its part, seems to be moving cautiously by being indecisive since November last year when Masood Khan’s appointment proposal reached Washington.

It looks like it’s paused for now. Perhaps the US is weighing all the options very carefully as it doesn’t want to dump Pakistan in a lurch specially to attempt and woo it away from the Chinese camp. Hence this delay.

However, it must be borne in mind that Masood Khan held two postings in Beijing. One as a full-fledged Pakistani Ambassador from 2008 to 2012 and earlier as a junior diplomat.

Masood Khan’s case under reference may be a test case. US doesn’t seem to be in a hurry and is moving with abundant caution. In whichever case the Masood case, it seems, will not be so simple and easy for the US and Pakistan to put their bilateral ties on the rails which stand more impaired after the US pulled out from Afghanistan in August last year.