Greatest win of Indian cricket: This is why I want to watch '83' 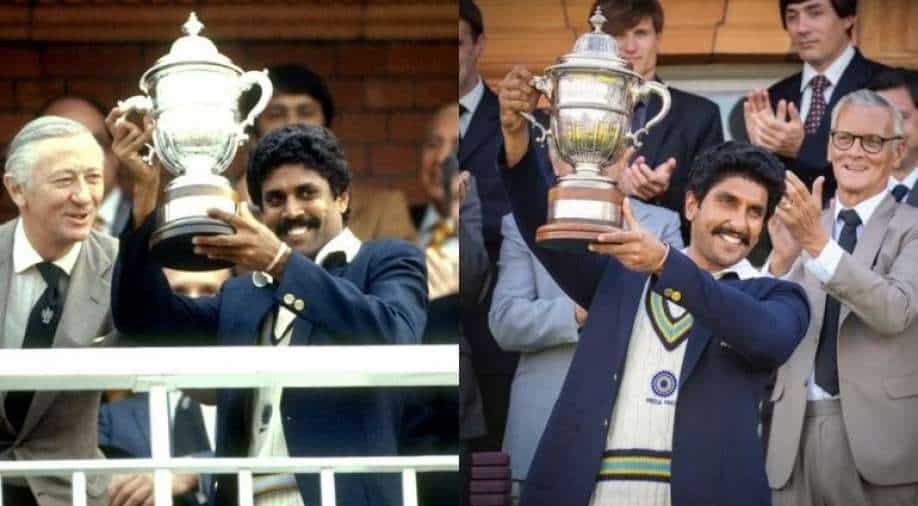 We have heard many stories about Roger Binny's bowling prowess, Srikkanth's carefree batting style, and Amarnath's all-around magical cameos with the ball and erudite outings with the bat, but we could never experience the thrill of these stupendous performances live, and we will never be able to. And that is why I can’t wait to watch the Ranveer Singh starrer, ’83'.

Miracles do not happen every day, but sometimes, they alter the course of history.

On June 25th, 1983, a miracle occurred on the hallowed grounds of Lord's cricket stadium.

That's the day that every cricket fan in India recalls and is aware of, even if they were not born at the time.

For  Indians, the cricketing world is dominated by the BCCI, the Indian cricket team is the most valuable cricket team, and the IPL is the biggest brand in cricket.

The seed of all of this was sown on this date.

When India, the underdogs, defeated the West Indies, possibly the greatest cricketing side of all time, at Lord's to win the Prudential Cricket World Cup.

To be honest, it was a series of miracles that led to this date being etched in Indian cricket history forever.

From India's stunning round-robin win over defending champions West Indies, to Kapil Dev's brilliant 175* vs Zimbabwe, which saw India come back from the brink of elimination to reach the semi-finals, to chasing down a difficult target against England in the semi-final, India had a dream run in the 1983 cricket world cup.

The triumph over the West Indies in the final, of course, was the cherry on top.

This team has taken on mythical proportions for cricket fans of my generation.

Our elders told us stories about Roger Binny's bowling prowess, Srikkanth's carefree batting style, and Amarnath's all-around magical cameos with the ball and erudite outings with the bat, but we could never experience the thrill of these stupendous performances live, and we will never be able to. And that is why I can’t wait to watch the Ranveer Singh starrer, ’83'. The Bollywood movie about this epoch-making event in Indian cricket.

I desperately look forward to perhaps the most sensational batting performance ever played by any Indian batter in ODI, the 175 not out by Kapil Dev.

We don’t even have highlights from that match as the BBC was famously on strike that day. It was a safe match to not cover after all, as India and Zimbabwe were at the very bottom of the world cricketing order.

It exemplified Indian cricket's lack of power in a cricketing world dominated largely by white men.

The closest thing we can get is  seeing the movie '83', which will be released in theatres on December 23.

For a country as passionate about cricket as it is about cinema, there have been, surprisingly, only a few films about the sport and its history.

While biopics of Dhoni, Sachin, and Azharuddin were a welcome change of pace, this upcoming film about India's biggest success on the international arena is sure to enthrall audiences of all ages.

When I watched the trailer of ‘83, I admit I teared up and had goosebumps. I know what it feels like to see India win world cups (ICC Men's T20 World Cup 2007 and ODI Cricket World Cup 2011).

However, to put what our team achieved in 1983 into context, that win came despite our limited resources, in spite of being perennial underdogs, and frankly, when no one gave us a chance. I want to see that, with all the masala that Bollywood and Kabir Khan will put together, for it’s a celebration of our greatest cricketing achievement, proof of Indians' being world-class and, frankly, of dreams coming true.

It's a chance for us to revisit some of the most memorable moments in Indian cricket history.

This anecdote was given to me by my buddy Manoj, who was one of the first sales managers at a private life insurance company in the early 2000s.

They faced trust issues after the insurance business was opened to international insurers and private companies introduced services.

Private life insurance was a novel concept in India, and they were competing against LIC, one of the country's most reputable companies.

As a result, he and his team devised a pitch in order to establish a connection with the clients.

This is how it went: Sir, do you remember when India won the World Cup?

Do you recall the name of the World Cup, sir?

It was the Prudential World Cup, of course.

Sir, my company is the same as Prudential in conjunction with an Indian company.

And this worked, he stated.

After all, if they sponsored the World Cup that India won in 1983, it must be a trustworthy company.