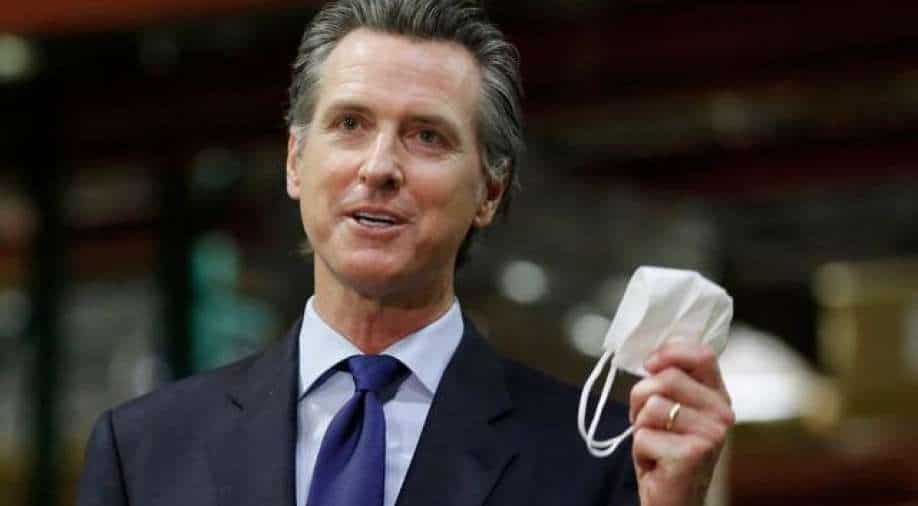 A LAVISH DINNER HELPED REINFORCE THE IDEA THAT CALIFORNIA’S GOVERNMENT IS A MESS OF BUREAUCRATIC DYSFUNCTION AND ARISTOCRATIC INDIFFERENCE.

LOS ANGELES — As the pandemic spikes, the economy convulses and democracy fissures, the urgent need to restore faith in government cries out for leaders with authenticity.

Instead, in one costly dinner, Gov. Gavin Newsom dramatized the chasm that divides California — more severely than North versus South or inland versus the coast. Flouting his own guidelines and exhortations to Californians to avoid socializing, Governor Newsom and his wife joined a birthday celebration for a friend — and prominent lobbyist — at the luxurious French Laundry restaurant in the Napa Valley. It is hard to say which was more astounding, the hypocrisy or the hubris.

Blurry photos from the dinner capture a careless, Gatsby-esque vibe, the governor seated next to top officials for the California Medical Society. At the “board room” where the party appears to have been held, prix fixe meals can start at $450 per person; the political power broker and Newsom mentor Willie Brown wrote that he heard the meal’s wine bill alone “was $12,000.”

Sure, it’s just one dinner. And the governor did apologize, calling it a “bad mistake.” But the party at a restaurant where dinner for two costs more than many people earn in a week reinforced a fundamental schism between those who value government as a force for good and those who resent it as the bastion of an out-of-touch elite oblivious to peoples’ needs.

Coming during a profound economic and public health crisis, the incident reinforces the notion that the state government — indeed, government all across this country — is a mess of bureaucratic dysfunction and aristocratic indifference.

The starkest example in California is the state’s stumbles in performing the basic function of dispensing unemployment benefits. The state’s jobless rate, which peaked in May at 16 percent, in October dipped below double digits for the first time since the spring (though the new spike in Covid cases seems sure to reverse that trend). As usual, the burden falls hardest on the poor and working class.

Indeed, the disparities here could not be more stark: Because for the most part the rich have continued to flourish, the state is reaping an unexpected windfall of billions of dollars in tax revenue — producing an unexpected surplus to help the next budget. The stock market is doing well, and the state has benefited from a surge in capital gains tax.

But for millions who lost jobs and struggle to pay rent and buy food, the state has failed to deliver unemployment benefits reliably. After horror stories and hearings, a gubernatorial “strike force,” audits and the shift of hundreds of employees to help deal with the staggering demand for unemployment payments, the state’s Employment Development Department still has an enormous backlog.

Appeals, which are won in about half the cases, can’t be filed on time because letters of denial go unissued. More than 300,000 recipients recently found that the debit cards on which their benefits are loaded were inexplicably locked, a glitch that caused embarrassment, inconvenience and worse. A year after the agency was warned to stop including full Social Security numbers in mailings, the state auditor said last week the practice has continued, with numbers printed on more than 38 million pieces of mail since the pandemic began.

Yes, the onset of the coronavirus swamped an agency burdened by an obsolete computer system. But in California — home to Silicon Valley, proud of its innovation — surely in eight months, the government could do better.

The state has failed another vulnerable population with even less recourse, and less political clout: The virus has spread through all the state prisons; more than 19,000 inmates have been infected and more than 80 have died. State officials set off one of the worst outbreaks when they inadvertently transferred infected inmates to San Quentin. A recent court decision ordering the state to significantly reduce the population at San Quentin said officials had acted with “deliberate indifference” toward inmates’ health.

Crises create opportunity. The predations of pandemic are also a chance to spur changes that help bridge divides in California, to build faith in government and to promote the sense of a common good. Leadership could hasten efforts to deliver potable water to the million Californians with poisoned water, a task even more critical during the pandemic, or provide internet access so schoolchildren don’t have to sit in the parking lot of fast food restaurants to do their homework.

The public works of the Depression “continue to haunt” California with their “expressions of shared value and public life, achieved after a great controversy,” wrote the historian Kevin Starr. “Crossing the Golden Gate Bridge, visiting an improved campground, Californians of the 1930s, torn from each other by so much social controversy and economic tension, were re-reminded that they still possessed something in common: California improved. California as a public place.”

The pandemic is far from over; perhaps that sort of unity can still arise. That would take leadership more focused on nonglamorous but essential government functions. A strategy that looked to score runs by hitting single after single, rather than always swinging for elusive home runs. So far that leadership has been in short supply, and California remains in its own way just as divided as the rest of the nation.

(Miriam Pawel (@miriampawel) is the author of “The Browns of California: The Family Dynasty That Transformed a State and Shaped a Nation” and a contributing opinion writer.)