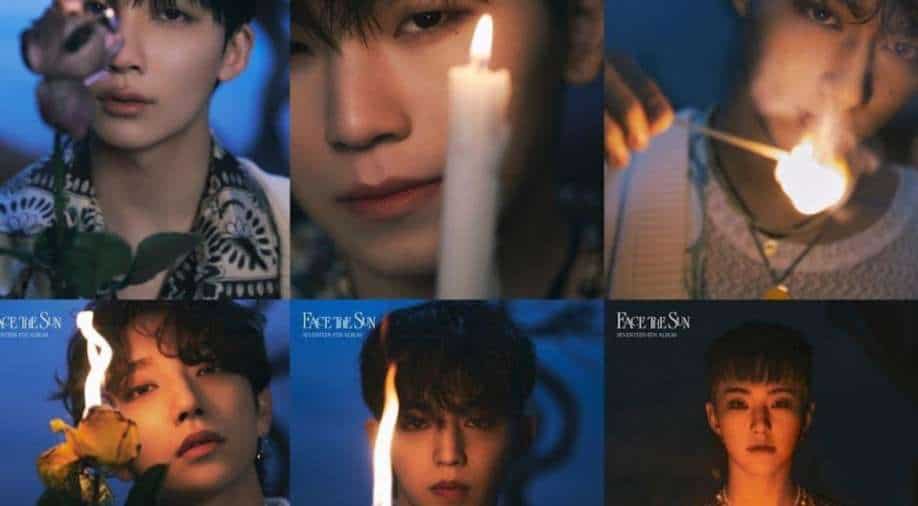 The band will release their 4th Album Face the Sun on May 27.

Starting with ‘Ep.1 Control,’ the K-pop supergroup unveiled an enthralling set of photos that place the band amidst an overwhelming presence of ‘shadows’ that represent their fears. ‘Ep. 2 Shadow’ portrayed each of the 13 members locked away in isolation by these shadows from within.

‘Ep. 3 Ray’ depicted the 13-piece act burning their shadows to ashes, followed by ‘Ep. 4 Path’ where they kick off a journey to ‘Face the Sun’ and pursue the path of the Sun. The final set of concept photos, ‘Ep. 5 Pioneer,’ revealed a charismatic image of the members as bikers, hinting at the valor with which they will lead the way in moving forward.

Set to arrive on May 27, Face the Sun has already racked up over 1.74 million pre-order sales in its first week, reaching an all-time high for the band.

As anticipation peaks, Seventeen teased in their recent appearance on a Korean TV show that a track titled “HOT” will lead the new album. The full tracklist will be released on May 17.