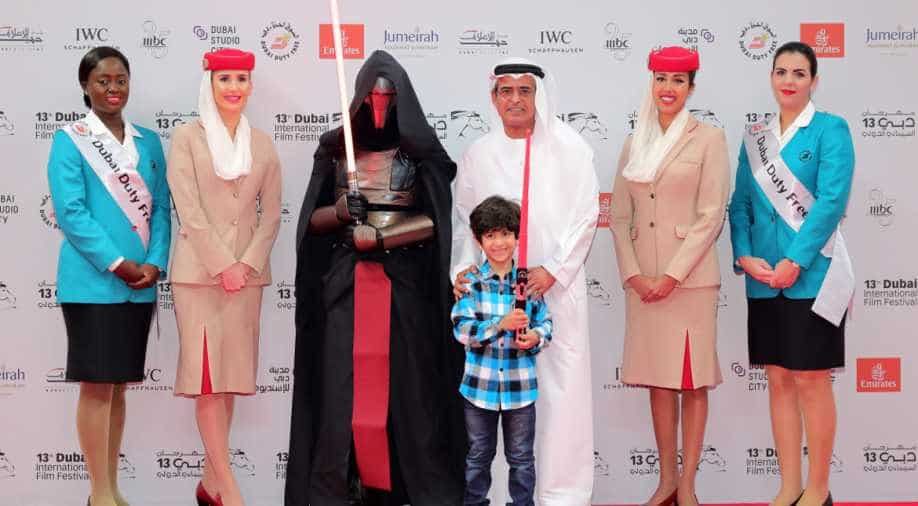 Cinemas in the United States and Canada saw a slew of new movies open over the Christmas holiday weekend. Photograph:( Getty )

"Rogue One: A Star Wars Story" raked in $71.55 million Friday-Sunday, Exhibitor Relations said, bringing its total bounty for the region to $293 million.

Cinemas in the United States and Canada saw a slew of new movies open over the Christmas holiday weekend.

"Sing," an animated musical comedy featuring the voices of several A-listers including Matthew McConaughey and Reese Witherspoon, burst into second place with $35 million.

The third spot went to "Passengers," a sci-fi fantasy starring Jennifer Lawrence and Chris Pratt, who play two astronauts accidentally awakened from hibernation on a deep-space mission. It pulled in $14.3 million.

Claiming fourth was "Assassin's Creed," which took in $10.3 million, based on the eponymous video game.

At number five was "Why Him?" about a dad feuding with his daughter's boyfriend, which opened with $9.8 million.

That means "Moana," a computer-animated musical fantasy about a brave Polynesian teenager, slipped to sixth place from number two, pulling in another $6.5 million.

The film had previously topped the box office for three weekends and has now grossed $179.5 million to date.

Opening at number eight was "Collateral Beauty," a sentimental drama featuring Will Smith. It managed to pull in $3.6 million.

Rounding out the top 10 was "Manchester by the Sea," down from sixth place a week before. It pulled in $3.1 million, bringing its haul to $20 million.