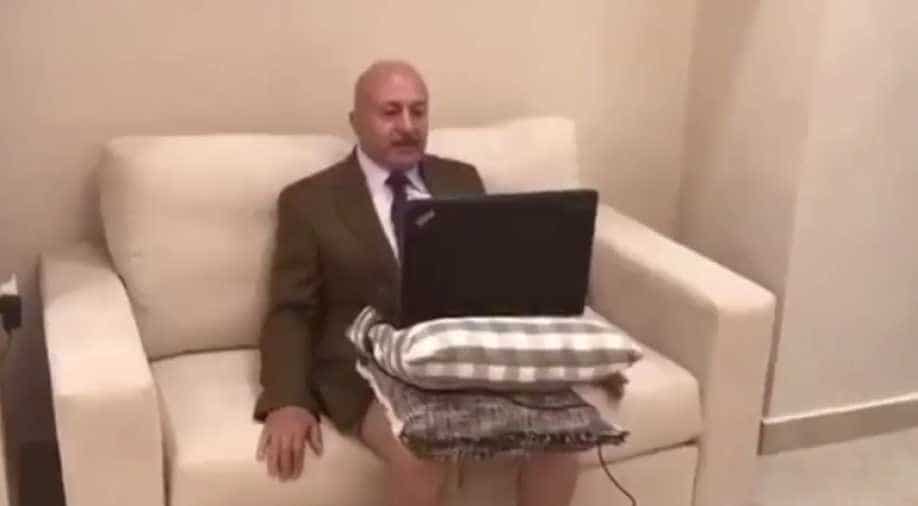 The video shows Asfour wearing only a jacket and tie, with his laptop placed on his lap on two pillows. (Source: @NET_AD) Photograph:(Twitter)
Follow Us

A video of a political analyst giving a Skype interview to a news channel without any pants on is breaking the internet.

Majid Asfour, a Jordanian political analyst, was being interviewed by Al-Jazeera last month on the Israeli embassy shooting in Amman, the Independent newspaper reported.

The video shows Asfour wearing only a jacket and a tie, with his laptop placed on his lap on two pillows to make sure the rest of his body is not visible.

Al-Jazeera news network obviously did not broadcast this video, only Asfour's torso was visible on air. This video was taken while he was giving the interview.

“The temperature in Amman was above 30C and I was at home, so I decided to wear a jacket, a shirt and go on air like this,” Asfour told the Jordan Times after the video went viral.