Over 5000 gather at Stonehenge to celebrate Winter Solstice 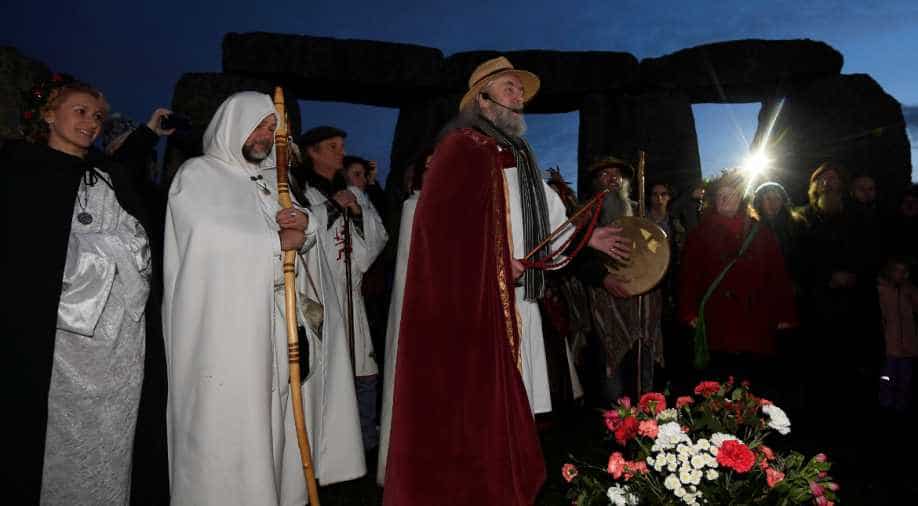 People played musical instruments, while others sang and took photographs of the rising sun. Photograph:( Reuters )

Over five thousand pagans and druids got together  to celebrate the Winter Solstice at Britain's ancient Stonehenge monument on Wednesday.

The revellers watched the sun rise at 08:09 GMT, beginning the shortest day of the year in the northern hemisphere.

Only under eight hours of sunlight will be there on Wednesday, English Heritage said, which protects the historical site.