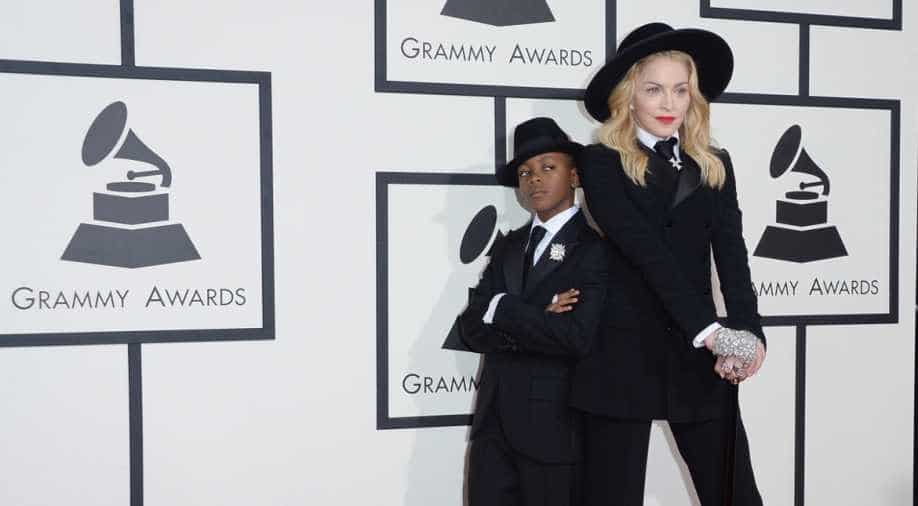 According to the Sun, Ritchie Rocco was seen tossing something away as police approached him but the police saw traces of marijuana on his clothes, searched him and found small amount of pot on him. Photograph:( Getty )

Madonna's 16-year-old son, Rocco Ritchie was arrested on September 28 after the cops found him in possession of cannabis in London.

The 58-year-old's son was arrested in the English capital for possession of cannabis after neighbours near his Primrose Hill home reportedly called the police on him, reports Hollywood Life.

The teenager, who is the son of the 'Vogue' singer and Guy Ritchie, was caught "smoking or doing drugs" near his house.

According to the Sun, Ritchie Rocco was seen tossing something away as police approached him in Steeles Mews North, Camden but the police saw traces of marijuana on his clothes, so they ended up searching him and found a small amount of pot on him.

Seems like the young Ritchie is pulling in these means to cope with a rough family year. Earlier this year, Ritchie's parents got in a vicious custody battle over him.

The teen had a serious falling out with his mother back in December 2015 when he refused to go on her 'Rebel Hearts' tour with her.

However, the 'Queen of Pop' was not about that and demanded legal custody of him in both the US and the UK.But the director father fought her and in September they reached an agreement that their son would live in London, though he would visit Madonna regularly.