Inside the Global Citizen Festival: Coldplay and a sky full of stars 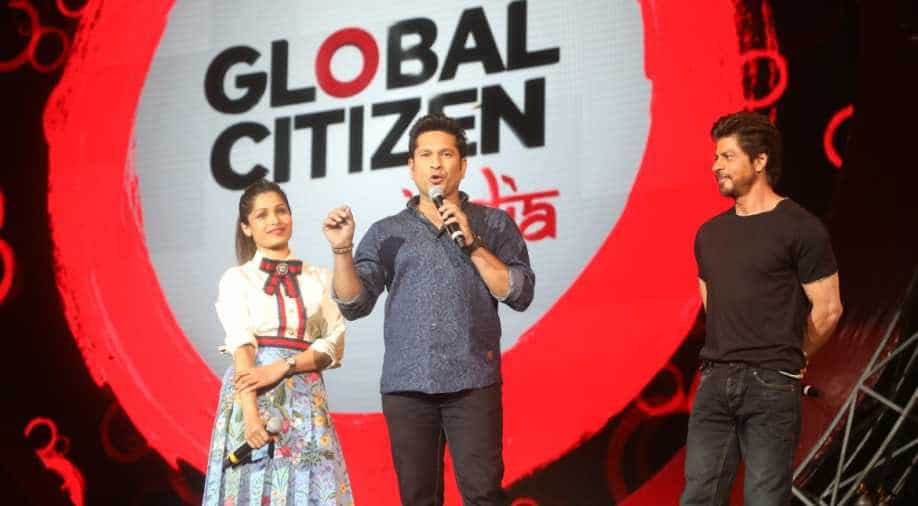 Look at the stars, look how they shine for you, and everything you do… when Coldplay released their song "Yellow" back in the year 2000 little did they know that one day they would literally have some of the world’s biggest stars shining for something that they strongly believe in. The Global Citizen Festival, an initiative to remove extreme poverty from the world is the annual music festival that originated in New York in 2012. The creative director for the festival is the charismatic Chris Martin, frontliner of the British rock band "Coldplay" whose music we have been grooving too for the last 16 years. Chris's association with this noble cause seems like the icing on the cake for the global citizens of the world, which simply means that besides fabulous Coldplay concerts we also get great audio-visual treats from some of the world’s biggest entertainers, all the while doing some good towards sustainable development which is clearly the need of the hour.

The festival’s Indian edition that took place in Mumbai on Saturday the 19th of November had citizens of India buzzing on social media weeks before the event trying to secure their free tickets for participating in the change that the concert strives to create in the next few years. The CEO of The Global Citizens Festival, Hugh Evans, told media that they are able to track and maintain data of all those who continue to remain active to promote Global Citizen goals throughout the year and of course they record a huge spike when it's nearing a festival date.

Global Citizen Festival India saw a huge line up of Bollywood stars, top-rated Indian musicians and politicians as well as Maharashtra’s Chief Minister Devendra Fadnavis take center stage amongst international music sensations like The Vamps, Demi Lovato, Jay-Z and of course Coldplay. India’s Prime Minister Narendra Modi who attended the Festival in New York earlier this year was unable to make it to Mumbai, however, he made his presence felt via video conferencing. The day-long music festival drew in crowds filling up the venue to a capacity of over 80,000 people, who were treated to power-packed song and dance performances throughout the day.

In the audience and needless to say right upfront were familiar faces who had come along with their friends and families to show support and enjoy this eclectic line up. Arjun Rampal and wife Mehr Jesia, Abhishek Kapoor and wife Pragya, Sonali Bendre along with son, Sanjay Kapoor, Ambika Hinduja and husband Raman Macker, Prateik Babbar, Anupam Kher and Varun Dhawan were seen grooving in the crowd. The model fraternity was also in attendance sizzling off the ramp and letting their hair down like they usually do. The event missed Aamir Khan, one of the festival’s main supporters whose absence had been forewarned.

American rapper Jay-Z opened his performance with AR Rahman’s famous "Chaiya chaiya" tune that sent the crowd into a loud frenzy and bouncing to the fusion beats. He got the entire audience to hold up their lit cellphones for one of his tracks that made for some great footage that was captured by the camera drone that was seen hovering over the venue throughout the event. However the two-hour long performance by Coldplay that closed the festival was nothing short of unadulterated entertainment that the audience had hoped for. Chris addressed the Indian audience by first apologizing for taking so many years to come to India to perform but countered it by saying that the band had invested the last 16 years to practice for their first-ever India concert. The thousands of pastel coloured paper stars that shot into the air during their performance lent to the dreamy effect for the thousands of people cheering in the audience. And the multi-coloured beach balls were a perfect addition that complemented the visual extravagance projected on stage, which kept floating around thanks to a very enthusiastic crowd.

Happy and content with seeing Coldplay live, the Indian fans had no idea what was going to be the night’s highlight until Chris invited AR Rahman to join the band and belt out one of the latter’s most loved classics "Vande Mataram". The meaningful lyrics and melodious tune became even more genuine when Chris joined AR Rahman in singing parts of the chorus which you knew were definitely not lip synced.

This was one event that did not disappoint unless the post event chaos is something to dampen your spirits, but what would you expect with over 80,000 people in one place. Taxi apps had prices flying off the map with little or no availability, which forced many people who could not get to their own or hired wheels to make the long walk home. But somehow walking under the stars, being amongst them and seeing them shine truly made everything yellow.