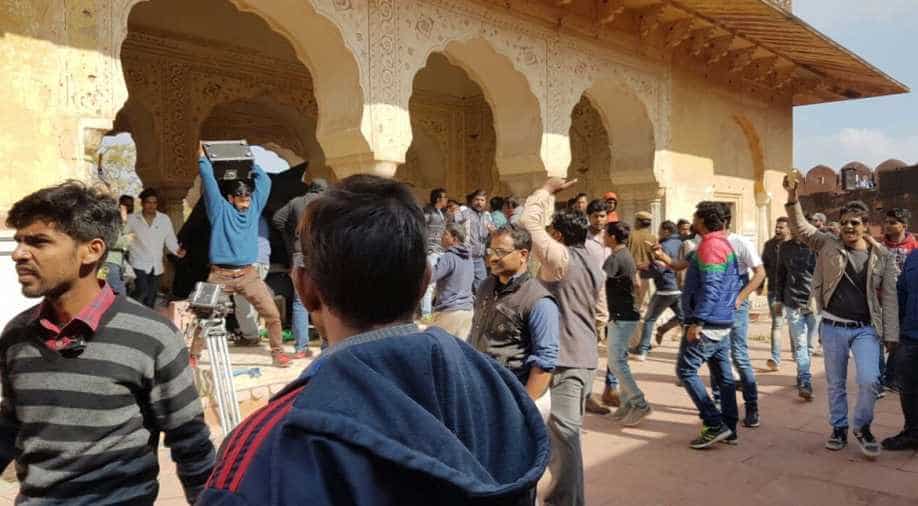 Protesters went on a rampage at Rajasthan capital Jaipur's Mehrangarh fort where the shooting was being held. Photograph:( WION )

Activists of the Rajput organisation, the Rajput Karni Sena, went on a rampage at Rajasthan capital Jaipur's Nahargarh fort where the shooting was being held and damaged film equipment.

They alleged that the film presented "wrong facts" about Padmavati, a medieval-era Rajput queen.

"We had warned the filmmaker against presenting wrong facts. When we came to know about the shooting, we gathered there and protested," district president of Karni sena Narayan Singh told PTI.

Another activist Vikram Singh said the reason for the protest was distortion of historical facts.

"Our basic protest is about distortion of historic facts which will not be tolerated," he said.

He alleged that a security guard opened fire in the air which created panic. However, police denied the allegation.

After the shooting was stalled, Bhansali and his team members talked to the Karni Sena and assured them that their demands would be looked into.

"The filmmakers have assured that they will not shoot here and will pack up," a senior police official Anshuman Bhomia said, adding that there was no report of firing and no police complaint had been lodged by any party so far.

He was taken to court by the Peshwa's heirs allegedly for portrayed their ancestors in poor light. However, the film released as planned and was one of the year's biggest hits at the box office.