Can classical music survive without shedding its obsession with purism? 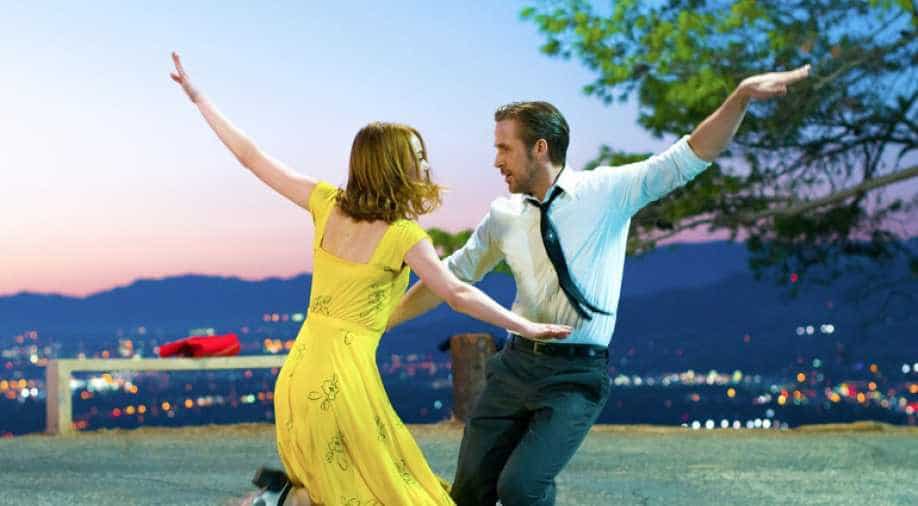 La La Land swept the Golden Globes but also raised eyebrows. It is after all a film about two young, ?white? people trying to save a ?black? cultural product, jazz. Photograph:( Others )

Damien Chazelle’s musical "La La Land" has swept the 2017 Golden Globes, a bellwether for the upcoming Academy Awards. It has also inspired quite a few arched eyebrows. After all, it is a ‘film’ about two young ‘white’ people trying to save a ‘black’ cultural product, Jazz, and find meaning in the thespian world respectively.

The film’s sweeping success is attributed to Hollywood’s approval of a narcissism rooted in the idea of ‘the white man’s burden’ and self-referentialism.

Chazelle, 31, was once a struggling Jazz drummer at the Princeton High School and his own angst and anxieties about music have found expression earlier in the Academy winning "Whiplash" (2014). Built around the Charlie Parker myth, "Whiplash" shows how music survives reverberating through bloody fingers, abusive instructors, and emotionally wrecked genius. The success of these two films, amongst many others dealing with music, shows that people may or may not care for a particular genre of music but a cinematic narrative on it does pull at their heartstrings.

This brings us to ask a question: are cinema and TV, not the white men and women, the saviours that art and music forms need?

Raja Sen, film and music critic, shares that a film or TV series on a particular genre of music plays a crucial role. “Very simply, they aim for a scope that is beyond the size of the genre itself. Popular film is incredibly inclusive and tries to speak to all, which is why a film about jazz can speak to more than just those who (already) love jazz.”

His views are echoed by Krish Ashok, a Chennai-based musician and columnist, who says that films are essential for reviving and sustaining classical art forms, music being one of them. “It’s difficult to get people to listen to classical music bypassing the films. Their first exposure to it is through films and the eventual dream is to make music for films. Indian film music in the 1940s and till much after that was popular form of Indian classical music. Ilayaraja and A R Rahman have been bringing classical music to laymen through their film compositions”

Most films, however, are accused of playing to the gallery and diluting the purity of the genre. Is the purist right in worrying about the sanctity of the form? Ashok states emphatically that popularisation should not be seen as a threat since Classical always stays. He brings in a caveat however. “Questions regarding appropriation of cultural products while popularising them are valid to an extent. When the folk music born out of poverty and deprivation becomes club style, the contrast is stark.” Talking of the music scene in the USA, Ashok adds, “Every pop genre in the USA since the 1920s came from the blacks and yet it is the white artists who took the centre-stage. Elvis Presley became much bigger Rock n Roll icon than Chuck Berry; Eminem is bigger than his black counterparts in hip-hop and Rap.”

A techie trained in Carnatic music, Ashok is gentle towards the purists’ urge to be protective towards their inherited form. However, he says that the purist wilfully ignores the impure genesis of his form while jealously guarding only the inherited finished product, “the latest update,” against corrupting influences. “In India, Carnatic and Hindustani traditions owe a lot to Western and Persian influences. Music flourishes through improvisations.”

Sunanda Rao Erdem, one of the handful degree holders in Opera singing in India, is in slight disagreement here.

“Improvisation cannot be a blanket saviour for all music. For example, the Western classical music has been written down by composers already. It is bound to sound the same. Nuances are dependent only on the conductors and performers who bring their personalities into the interpretation of the sheets.” She adds, “Jazz is not written down, it is passed down ear to ear. There is more scope for improvisation there. Likewise, Indian classical music is more adaptable since it allows for greater degree of experimentation while retaining its formal structure. This may be one of the reasons why Western classical music has not been able to penetrate the Indian audience.”

Certainly, musicians and conductors have been personalising classical music despite the mandated strict adherence to form. Gustavo Dudamel, who conducted the iconic Vienne Philharmonic Orchestra’s New Year Concert on January 1, the youngest conductor to do so, has been reading the note-sheets through his eccentricity tinted glasses. Not yet 36, this South American conductor has managed to create ripples in the oft-perceived placid world of western classical music. By choosing Dudamel to conduct the concert this year, which happens to be a landmark one due to the 175th anniversary of the Vienna Philharmonic, the 150th birth anniversary of Empress Maria Theresa, and the 150th anniversary of the first performance of Strauss’s ‘Blue Danube,’ the western classical music establishment may have given out a strong signal.

Dudamel, who has inspired "Mozart in the Jungle," an immensely popular TV series, is known for his effervescence, the kind that makes the audience at the famed Golden Hall at the Musikverein in Vienna tap its feet. The purists may have written Dudamel off for being compulsively gimmicky, his ebullient personality is a big pull for the newly interested in western classical music. His innovative ways to broaden the audience base range from collaboration with LENA (Leading European Newspapers Alliance), conducting the soundtrack for Star Wars to his commitment to community and music education. Through Youth Orchestra LA (YOLA) programme, the Los Angeles Philharmonic Orchestra and its community partners have been providing free of cost training, instruments and mentorship to students from under-privileged backgrounds.

Ashok locates Dudamel’s rise in the cyclical nature of the history of music. “If we study the history of Western Classical music over the past 100 years, we shall see that every 10-20 years one maverick comes whose genius forces people to take note of that particular genre of music.”

This decade belongs to Dudamel and his innovative ways.

The idea of “popification” of classical music in films also needs to be examined critically. Coming on the heels of the Baroque style, Bach and Mozart secularised music like never before. “To their contemporaries, they too were pop stars. Same with Tchaikovsky. What was once pop has now become classical. Classical music as a genre is not static; the definitions are constantly changing. Jazz was borne out of experimentation and yet seen as a serious, almost classical form,” says Ashok.

This perchance explains the sentiment of protectiveness about Jazz when a film like "La La Land" seeks to capitalise on it. Rao-Erdem, a self-proclaimed purist, understands well that this overprotective attitude may not serve the cause of classical music. “Chinese opera music is a dying form. The Chinese are extremely purist in their treatment of arts. The government is trying hard to resurrect the opera tradition but lack of innovation is their biggest enemy.” She adds, “Many small orchestras in Europe have run out of business due to their inability to keep pace with the changing world around them. Maybe they needed something like Pavarotti and Friends.” New tricks are needed for a brave new world.

Before the 20th century “rules of concert etiquette” made the concerts stifling and somewhat painful, listening to classical music was a full-bodied social experience. As a backlash to the mechanical production of music, live concerts attempted to retain their charm and aura by putting in place certain rules of engagement for the audience. Today, a minuscule fraction of the world population goes to classical concerts. As per a 2012 study by the National Endowment for Arts, 8.8% of Americans had attended a classical concert in the last 12 months. No wonder then that the major symphonic orchestras in the USA are facing the music. While the Philadelphia Orchestra and New York City Opera filed for bankruptcy in 2011 and 2013 respectively, other major outfits have seen strikes in the last five years.

Is the purist, then, not the biggest enemy of the art it most zealously aims to protect? Ashok gives an interesting response to this. “Purists are important for the growth of music. Great art always emerges out of purism. Constraints and not absolute freedom creates it. John Cage’s 4’33” is an example of compulsive experimentation. But will it, should it, be considered a classic? It is only when there is a keenly felt need to break away that music flourishes. That need is a gift of the purist to the experimentalist.”

Sen’s view of the purist is a little less charitable. “I think the purist still has the form at its purest. I see no bother in an unschooled listener getting exposed to the music through some over-accessible form of it. It can often be a gateway.” Rao-Erdem, on the other hand, stands her ground by asserting that only the presentation and not the music per se should be open to improvisation.

Individual and society; tradition and individual talent et al are bound to be locked in an unrelenting scrimmage. What may benefit the purist and the experimentalist is broadening the base of the audience, aided by innovative ways of engagement. If a "La La Land" inspires some YouTube searches for “Jazz,” so be it!