Beyonce is pregnant with twins 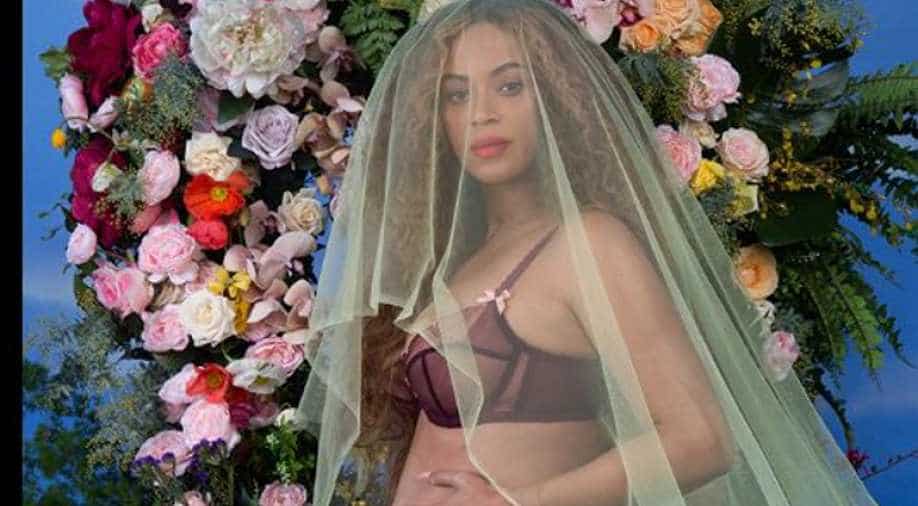 Beyonce is pregnant -- and this time, she's expecting twins with her husband, rap mogul Jay Z.

The pop superstar -- who already has a five-year-old daughter, Blue Ivy, with Jay Z -- announced the news to her more than 92 million followers on Instagram on Wednesday.

Clad in panties and a bra under a flowing veil, Beyonce posted a picture of herself kneeling beside a human-size floral arrangement, her hands cradling her rounded belly.

"We would like to share our love and happiness. We have been blessed two times over," the 35-year-old singer wrote.

"We are incredibly grateful that our family will be growing by two, and we thank you for all your well wishes," she added, signing with Jay Z.

We would like to share our love and happiness. We have been blessed two times over. We are incredibly grateful that our family will be growing by two, and we thank you for your well wishes. - The Carters

Within hours, the post generated nearly seven million likes on Instagram, surpassing the record set by fellow pop star Selena Gomez who as of Wednesday had 6.3 million likes for a shot last year of her sipping a soft drink.

In a timeline sure to trigger intrigue, Beyonce announced the pregnancy a little more than nine months after her last album "Lemonade" -- in which she strongly hinted that Jay Z was unfaithful.

Beyonce released "Lemonade," an album intertwined with a film, on April 23. One lyric warns an unfaithful man of a "final warning" that he's "gonna lose your wife" if his behavior doesn't change.

A sullen Jay Z appears at the end of the film to embrace her, suggesting reconciliation.

"Lemonade" is in the running for album of the year at the Grammy Awards on February 12, where Beyonce leads the nominations.

Her baby bump will presumably be even more evident two months from now, when she is set for the first time to headline Coachella, the two-weekend festival in southern California that is among the world's premier live music events.

Beyonce unveiled her first pregnancy at the 2011 MTV Video Music Awards, where she gave repeated hints before dropping her jacket to show her belly.

Often reserved, Beyonce has openly spoken about the pain of a miscarriage before she gave birth to Blue Ivy, saying the heartbeat she had heard during her first pregnancy was "the most beautiful music I ever heard in my life."

News of the twins prompted an avalanche of postings on social media -- which included a guessing game on the children's names.

Twitter reported half a million tweets on Beyonce within the first 45 minutes as she became the world's top trending item.

"When Beyonce is pregnant I am pregnant," the popular YouTube comedian Tre Melvin tweeted, calling the news a "marvelous start" to February, marked in the United States as Black History Month.

Several of Beyonce's fans -- presumably critics of new US President Donald Trump -- declared the announcement the happiest development so far of 2017.

Some fans imagined the prospect of a new Jackson-style musical family, with Blue Ivy as the big sister and guide to the twins.

Beyonce was a music prodigy herself when she was growing up in Houston. Then known as Beyonce Knowles, she started her career as the teenage lead singer of Destiny's Child.

She and Jay Z are among the most commercially successful figures in music, with a combined net worth estimated at $1 billion.

While enjoying a wide following, Beyonce has increasingly felt comfortable showing her political side. She and Jay Z hit the trail for Hillary Clinton in her unsuccessful campaign against Trump last year.

The first single on "Lemonade," the bouncy New Orleans-inspired track "Formation," was accompanied by a video that throws support behind the Black Lives Matter campaign against police brutality.