One dead, three injured in grenade attack on wine shop in Baramulla 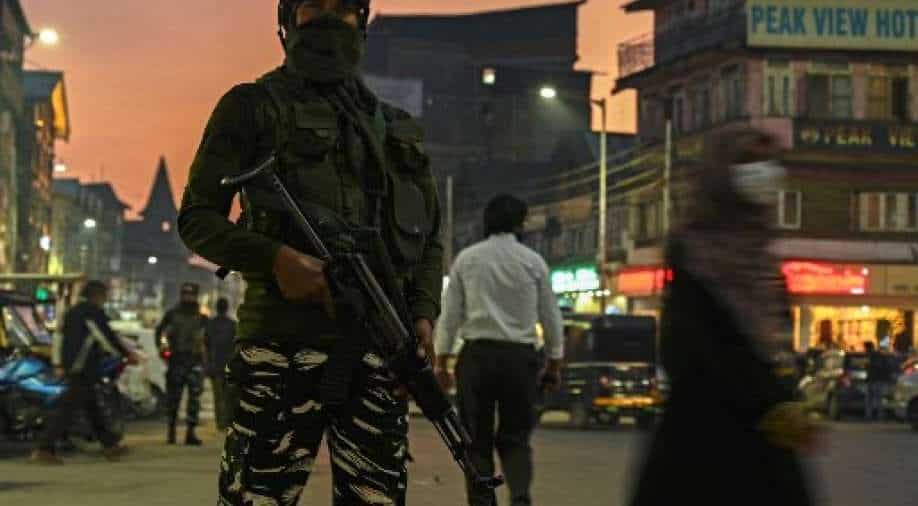 The terrorists hurled a grenade inside the newly-opened wine shop in Baramulla. The pillion rider wearing a burka walked to the window of the wine shop and dropped a grenade.

One person died and three others were injured in a grenade attack in north Kashmir’s Baramulla district.

The terrorists hurled a grenade inside the newly-opened wine shop in Baramulla in which four employees who were working inside the shop were injured and one of them later succumbed to his injuries.

According to Jammu and Kashmir police at about 9 pm, two terrorists riding a bike stopped near the wine shop at Dewan Bagh Baramulla.

The pillion rider wearing a burka walked to the window of the wine shop and dropped a grenade inside through the port hole window and fled away on the bike.

“In this terror incident, four employees of the shop received splinter injuries. All the injured were immediately shifted to a nearby hospital however, one among the injured identified as Ranjit Singh, son of Kishan Lal resident of Bakra Rajouri succumbed to his injuries.

The other injured employees have been identified as Govardhan Singh, son of Bijendra Singh, Ravi Kumar son of Sh Kartar Singh, both residents of Billawar Kathua and Govind Singh, son of Gurdev Singh resident of Kangra Rajouri. Among the injured Govind Singh has been referred to Srinagar hospital for specialised treatment, “said Vijay Kumar, IG Kashmir.

The police immediately reached the attack site and the whole area was cordoned off and a search in the area is underway.